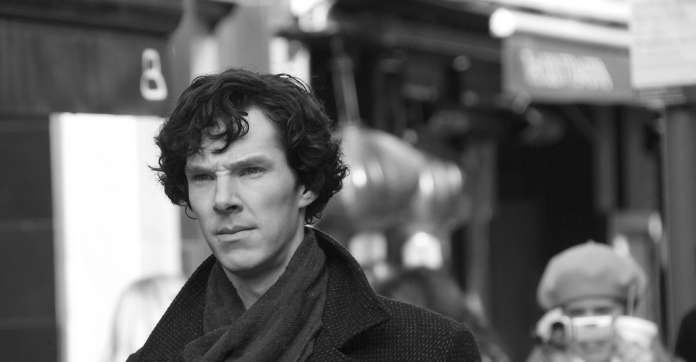 The highly touted BBC drama series Sherlock began in 2010 promising great things, superb acting, the sharpest of dialogue and wit, and production values that would set a standard subsequent dramas would struggle to reach. Unfortunately, Sherlock travelled from highly entertaining spectacle in series one to end as highly convoluted ego trip in series four.

Popular culture is a superb vehicle for inculcating political dogma. Books, films, paintings, plays, even ballets, can be used to make cultural and socio/political points. The reader or viewer is relaxed and receptive, the perfect audience for shaping and conditioning. It was ever thus, and is not neglected today.

Never loath to proclaim the Beeb’s right on political stance Sherlock gave a somewhat crass modern twist to Conan Doyle. In The Six Napoleons Conan Doyle centred the story on busts of Napoleon being smashed. In The Six Thatchers, instead of a French military dictator who violently tried to bring Europe under his heel and ended up bringing his own country low, the BBC substituted busts of Margaret Thatcher. Mrs Thatcher may have ceased being PM in 1990 but in accustomed BBC kneejerk fashion she is always good for a sneer.

There may be other reasons for viewers turning off. Throughout the series Benedict Cumberbatch as Sherlock grew increasing manic while Martin Freeman as a bewildered Dr Watson wandered around the set emoting like a hamster encountering calculus. But the biggest fail was in the writing. The scripts slipped from the seductively intriguing to inexplicable fantasy.

Mark Gattis, who as well as portraying Mycroft Holmes was also one of the writers, has vigorously defended the programme throughout its history. He proudly said, ‘I did a phone-in after the Christmas special a few years ago and someone said it was too complicated for people to follow. I said , ”Oh, go and pour some warm paste into your mouth”’.

For viewers who thought the final episode was confusing, leaked logic like a Corbyn speech and made insane Kafkaesque leaps the Gattis advice was simple, ‘Go and read a children’s book with hard pages if you don’t want to be challenged. We’re making the show we want to make. We don’t make it a certain way because fans are pressuring us’.

That television programmes are made for the ego and satisfaction of the writers and actors and that the viewers who pay for the product take a very poor second place should be no surprise. This is an attitude intrinsic to the progressive cultural enterprise.

Television does not differ from any other artistic endeavour. One of the great social functions of every aspect of the modern arts is to create a division between those with the intellectual ability and taste to value such programmes, pictures and unmade beds, and those simpletons who just don’t have the intelligence to grasp their importance. Much of the cultural outpourings pushed by our progressive elites enables one group to look down on and pity another group. It is art which enables you to be condescending.

Such is the influence of the art establishment that we are left with the impression that if you don’t ‘get’ the products of modern art the fault lies with you, you just aren’t thinking deeply enough, or you are emotionally blind.

Mark Rothko said of one of his paintings featuring only a couple of bands of colour, ‘I’m interested only in expressing basic human emotions – tragedy, ecstasy, doom and so on – and the fact that lots of people break down and cry when confronted with my pictures shows that I communicate those basic human emotions…The people who weep before my pictures are having the same religious experience I had when I painted them. And if you, as you say, are moved only by their colour relationships, then you miss the point!’

If you don’t share the ‘religious experience’ of the artist, if you like the product for the wrong reason, it is you and not the artist who has failed.

The idea that it is the artist’s task to communicate ideas in a form which engages the viewer, draws her in and stretches her imagination and understanding has been replaced. In our progressive world art exists for the artist and those prepared to buy into the idea of their special status. Unfortunately the emperor has no clothes.