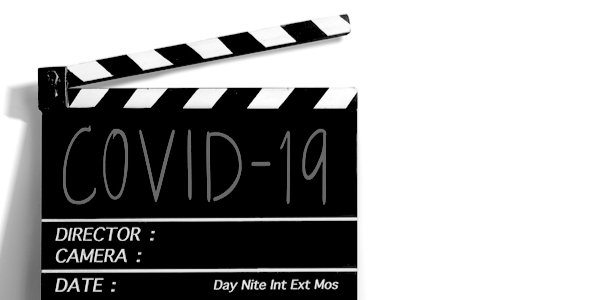 DOCTOR Finlay’s Casebook was a popular BBC TV drama series which ran from 1962 to 1971. Set in the fictional Scottish settlement of Tannochbrae, it presented a bucolic vision of a GP’s practice.

The practice had common sense writ large throughout the series. Fast forward to today, how would the denizens of Tannochbrae be served medically?

The first episode opens at Arden House with the clock at 8.58am and Janet sitting at the receptionist’s desk. A digital counter on the wall shows that there are 14 phone calls waiting to be answered. Janet smooths her skirt, puts the plastic headphones to her ears and places a pad and pencil on the desk in front of her. On the stroke of 9am she answers the first call.

‘Dr Finlay’s practice, how may I help you?’

‘What do you need to see him about, Mr McTavish?’

‘I’m afraid it’s a rather delicate and personal matter and I would rather discuss it directly with Dr Finlay, if that’s all right.’

‘Come come, Mr McTavish, we are all trained to be confidential and discreet, there’s nothing you can’t share with the doctor that you cannot share with me.’

‘Well,’ Hamish coughs nervously, ‘I think I am suffering from priapism.’

‘Priapism, I don’t think I am familiar with that. Is it like existentialism?’

‘No Janet, nothing to do with that at all.’

‘Would it be possible to send us a wee picture, Mr McTavish, so Doctor Finlay can have a good look?’

Hamish, getting irritated: ‘Not without contravening the Wireless and Telegraphy Act. Look, just look it up on the internet, Janet, that’ll be a lot easier and save any embarrassment.’

‘Super idea, let me just . . .’ Janet types into the search engine box. ‘Oh, I see clearly now, how uncomfortable.’ Janet places her hand over the receiver and hisses to attract Flora the cleaner’s attention. Janet scrawls the name McTavish on a pad and sketches what, to Flora, looks like Nelson’s column. Flora raises her palms upwards and screws her face up signifying incomprehension, Janet selects ‘images’ from the search results, and all becomes clear – the two women snigger conspiratorially.

‘Well, the first date Doctor Finlay can see you will be in two weeks I’m afraid, Mr McTavish.’

‘Two weeks? That’s ridiculous, I can’t handle it for two weeks – that’s just too much to ask.’

‘Mr McTavish, calm yourself. Perhaps you shouldn’t handle it at all, maybe that’s how you got into this situation.’

‘Not literally, I meant metaphorically.’

‘Do you want the appointment or not? We have plenty of other patients waiting.’

‘No, don’t bother Janet, I never thought the doctor would be too occupied to see a patient. I’ll go and see a private doctor – so much for the NHS.’

Janet replaces the receiver and takes a sip from her cup of tea before answering her second call of the day.

‘Dr Finlay’s practice, how may I help you?’

‘Hello Janet, it’s Ella Robertson. Sorry to trouble you but would Dr Finlay be free to see me this week at all?’

‘This week, oooh no, he’s far too busy this week. What’s it about?’

‘Well, I have found a small lump that I would like him to take a look at.’

‘Can you send a wee photograph do you think?’

‘No, I really am concerned and think it needs a digital examination.’

‘Exactly, a nice digital photograph would be perfect.’

‘No Janet, you misunderstand. I want him to physically examine it in person with his hands.’

‘Well, it’s extremely unusual but I will break all the rules and pop you in for a consultation tomorrow but please do not tell anyone, otherwise they will all want to see him, and we can’t be doing with that can we?’ Janet smiles, basking in her munificence. ‘See you at three o’clock.’

Replacing the receiver and with the digital reader showing 132 calls waiting, Janet goes to the kitchenette to prepare a pot of tea for Dr Finlay.

She knocks on the door.

‘Dr Finlay, I thought you might appreciate a cup of tea and a nice slice of home-made Dundee cake; after all you need to keep your strength up.’

‘Janet, you do spoil me, I really don’t deserve it. Is it busy out there this morning?’

‘Och no, doctor, just the usual – nothing I can’t handle.’ Janet smiles and excuses herself.

Dr Finlay takes a mouthful of cake, looks at his empty desk and peers through the hatch at the deserted waiting room. A small smile of contentment creeps across his face.

The gentle tune of Trevor Duncan’s March (from A Little Suite)  swells and credits roll.