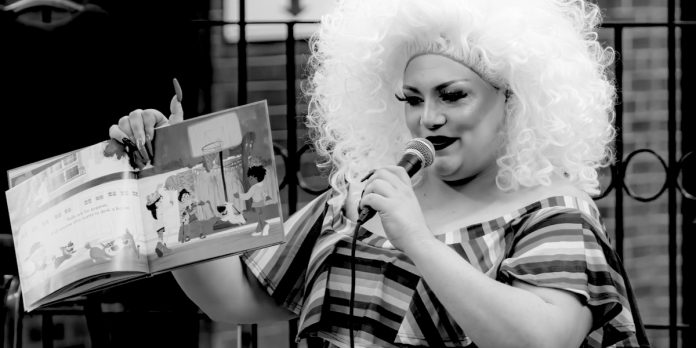 THE recent phenomenon of drag queens reading stories to children in libraries and even schools has provoked an angry reaction from parents and members of the public, only for their concerns to be dismissed by the progressive Left.

Any neutral observer could be forgiven for thinking that the aggressive promotion of sexual diversity to children is a cunning plot to stir up antagonism among the general public, and the campaign is typical of many now being pushed by cultural Marxists who have abandoned class warfare and are instead intent on setting different sections of society against each other, while demonstrating (they hope) that democracy is a dictatorship of the majority – that minorities are not ‘safe’.

One of the claims from the diversity brigade is that the UK has a long history of drag artists performing for children in pantomime. Oh no, it hasn’t. Panto dames are parodies of men, unlike drag queens who look like parodies of women, often wearing highly sexualised outfits and garish make-up

Some would argue that drag performances can be made ‘age-appropriate’, but critics insist that any drag act is unsuitable for children because of the risk of premature sexualisation. However, objections to ‘grooming’ children are increasingly seen as evidence of ‘hate’, possibly leading to actual violence against the ‘sexually diverse’. Conveniently, such criticism is used as a springboard for even more of the same.

And while dismissing claims of ‘grooming’, ‘drag queen’ proponents admit that they hope to change future attitudes by exposing children to ‘diversity’. When Margaret Thatcher’s government passed the Section 28 amendment to the 1988 Local Government Act, forbidding local authorities from promoting homosexuality to schoolchildren, there were indignant denials of any intent to corrupt or influence children. Now the objections of parents and other concerned adults are treated as evidence of the bigotry that campaigners insist they are trying to combat, rather than a laudable desire to protect young children from adult preoccupations. Yet campaigners admit the aim of changing children’s views. You cannot have it both ways.

It is claimed that there is no danger in allowing children to be exposed to cross-dressing, since clothes are only externals and as such not important. But for most small children, the division of humanity into male and female as signified by their attire is a fact of life they can grasp, and to confuse them by presenting men wearing heavy make-up and extravagant wigs is to destabilise their perceptions of the world. More worryingly, it invites the notion that the only way to know the sex of a person is for them to remove their clothes.

There is a big difference between children trying on garments designed for the opposite sex from the dressing-up box, and seeing a live adult performer dressed in drag to whose care and protection, in their infant understanding, their parents have entrusted them. The resultant cognitive dissonance in the child’s mind may never be resolved.

Only a few years ago the media was abuzz with stories about paedophiles. Now it is not adults gaining access to children that provokes alarm, but criticism of such attempts. It is a sad reflection of the world we are living in that parents cannot protect them from premature sexualisation without being accused of ‘hate’. Instead of the sexualisation being criticised, it is the response of the critics that provokes alarm – it’s not the action but the reaction which makes the news. The biggest fear now is not the crime, but the risk of a ‘backlash’ against other members of that group – exactly the argument made by ‘sexual diversity’ activists to shield their campaign from criticism.

However, some drag queens are not happy with the present craze for promoting sexualised adult performances for children, and as the public increasingly sees them as a threat, drag queens themselves may be placed in real danger, all thanks to the Left-wing weaponisation of ‘their’ cause.

The increasingly extreme celebration of ‘pride’ is already creating increasing discomfort and outright opposition, but bizarrely, the campaign to introduce children to ‘sexual diversity’ which, we are told, cannot possibly harm them, is taking place under the same ‘health and safety’ approach in which they are not allowed to glimpse a cigarette packet lest they be tempted to smoke.

The same progressive lobby that applauds drag queen story time would warn against traditional fairy tales lest they frighten the children. But the real fairy tale is that the earlier we subject children to adult preoccupations and activities, the better they will be able to cope with life when they reach adulthood. Certainly, it will make them more ‘open’ – open to abuse or, at the very least, psychological damage. Childhood is meant to be a preparation for adulthood, not a practice run, but in the current clamour for minority rights, it seems children no longer have a right to childhood.

Coincidentally, however, all those fairy stories about not trusting a wolf dressed up as a harmless old lady because of its unusually hairy appearance, big nose and outsize ears, is just what children need right now, to keep them safe – otherwise we will see a very unhappy ending.