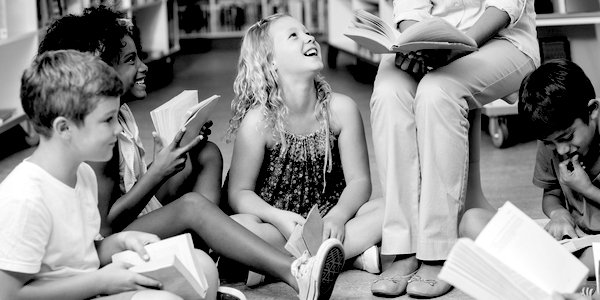 A CHURCH-run playgroup has been banned from Burgess Hill library in West Sussex after parents complained that the lyrics of the nursery rhymes they sang mentioned God. The noxious repertoire included Mr Noah Built an Ark and God Has Made a Rainbow sung to the tunes of Old MacDonald Had a Farm and I Can Sing a Rainbow respectively.

While God is being ejected from the reading corner, libraries are engaging badly made-up middle-aged men in frocks to read stories about sexual diversity to children. This is happening now in Wembley, north London, where Brent Council is planning a ‘Drag Queen Story Hour’ for the launch of the ‘Summer Reading Challenge’, with a ‘Space Chase Pride story time’ celebrating ‘achievements in space exploration and the LGBTQ+ angle to tie in with Pride festivities nationwide – Enjoy fun, laugh out loud heart-warming stories, with lots of participation, about being who you are.’

‘Panto/drag queen Mama G’, booked for the launch, promotes ‘her’ work as ‘Stories about being who you are and loving who you want’ and says they are suitable for children aged three and over and their families.

These are not panto dames. Gay men promote ‘sexual diversity’ to very young children with the blessing of the library authorities and the librarians’ professional organisations. Libraries have also promoted ‘teen pride events’ where children are told ‘how to trans’ and how to practise ‘safe sex’.

With a lack of background checks, unsurprisingly some of these ‘drag queen’ events have included convicted sex offenders.

It is now common for critics to caricature Christianity as ‘anti-diversity’ – at the same time hypocritically discounting the Christian message because some have abused children – but what Jesus had to say on the subject applies to everyone: ‘Whoever causes one of these little ones who believe in me to sin, it would be better for him to have a great millstone fastened around his neck and to be drowned in the depth of the sea.’

Share
Facebook
Twitter
WhatsApp
Email
Previous articleA Thatcher aide on why Sir Kim had to go
Next articleIf we weren’t already in the EU, who could make a valid case for us to join?