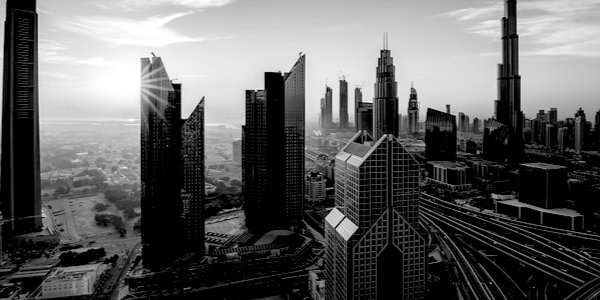 WHAT are we to make of the so-called influencers and celebrities sunning themselves in Dubai while the rest of us endure this woeful winter in Lockdown Britain?

Many might say good luck to them. They’re not committing any offence and they can presumably afford to be there. So – despite the condemnation of, among others, Priti Patel and Sarah Vine – they’ve sensibly taken the chance to escape. Who wouldn’t?

On the other hand, some here will find it galling seeing pictures of these pouting poseurs with names such as Honey, Daisy and Yazmin sitting scantily-clad under the palm trees or sipping drinks by the pool with a look – deliberate or not – that inevitably conjures up the phrase ‘I’m all right, Jack.’

Of course, they’re out in Dubai simply to be seen and snapped so they can ‘influence’ their followers on Facebook, Instagram, Twitter, YouTube or whatever. And the publicity over their controversial Gulf getaways has undoubtedly boosted their ‘like’ ratings. So far though, the only thing they’ve influenced me to do is stifle a yawn.

But for all my tut-tutting, there they are slapping on the Factor 50 while I’m sitting here with the freezing rain rattling the window panes.

Jealous? Me? Well, maybe a little. But also a little indignant, because it makes the well-worn coronavirus mantra of ‘we’re all in it together’ ring hollower than ever. It shows that if you’ve got deep enough pockets and a brassy enough neck, you don’t even have to be in it, let alone together.

It’s yet another example of the equivocal reaction the pandemic has produced in some quarters.

Look at Piers Morgan. Because of his TV grillings of ministers, he is currently judged to be doing a better job than Sir Keir Starmer at holding the Government to account over lockdown policy – second only to soccer star and school meals campaigner Marcus Rashford.

In the run-up to the festive season, pontificating Piers was especially vehement in urging the public to stick by the lockdown rules, even if it meant spending a miserable Yuletide in cold, cheerless Britain. Then he promptly jetted off to Antigua for Christmas.

Oddly, for one so keen on strict lockdown compliance, so far we don’t seem to have heard him condemning the Dubai absentees.

But let’s not fool ourselves. All this is the New Normal – which just means the Old Normal with a bigger helping of hypocrisy stirred into the mix.

Between the sensible and the stupid, between the principled and the prattish, between the unstinting and the unspeakable, there’s still a vast gulf. And right now, as the Dubai Decampers frolic in the sun, it just happens to be the Persian Gulf.