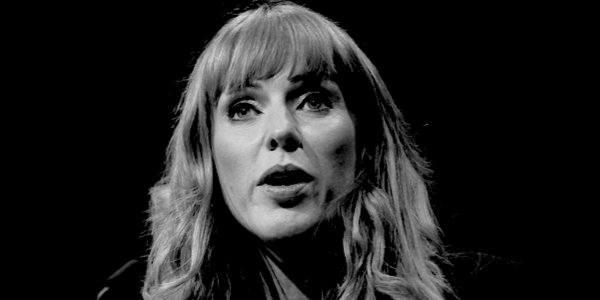 ONE of the arguments wheeled out whenever one talks about Enoch Powell is the following: that since his 1968 ‘rivers of blood’ speech, any discussion of immigration or race relations in the United Kingdom has been impossible.

This must rank among one of the most disingenuous arguments around. Across the western world, this area of discussion has been off limits for many decades – apart from when one is engaged in wholesale praise of the cult of Multikulti, of course.

I somehow doubt that the Right Honourable Member for Wolverhampton South was responsible for shaping discourse across the whole of the West. He was, instead, the man who put his head above the parapet on an issue which nobody else was willing to discuss. His doing so provided a useful scapegoat for the pusillanimous pygmies that populate the political world.

Nevertheless, I shan’t go over the merits and demerits of that speech; that is not my purpose here.

Instead, while reading Simon Heffer’s excellent biography of Powell, something else struck me.

Powell was a man who kept up with the changing reality of his world. From an early age a dyed-in-the-wool imperialist, he nevertheless gave up any pretensions of the British Empire being a viable political entity after Suez. This contrasted with many a Tory who clung to the belief that the world map’s remaining splodges of pink could somehow be preserved.

This adaptability was in no small part due to the man’s deep intelligence. Academically gifted, Powell was reading and writing Ancient Greek at the age where most of us are just about coming to grips with our mother tongue.

His progress thereafter was swift and unidirectional: to the top of his chosen academic field. By the age of 25, he was Professor of Greek at the University of Sydney, the youngest professor in the British Empire.

He went on to master many foreign tongues with alarming ease, notably becoming fluent in Urdu during his time in India, when he harboured the ambition of becoming Viceroy.

Such talent is rare. It would be a forlorn hope to expect all members of the House to possess the same raw material in the upstairs department; even in his day he was a notable exception. Yet, casting an eye across the Commons in 2021, one cannot but lament the apparent decline in the intellectual calibre of our elected representatives.

Some esteemed Right Hons bring this into sharper focus than others. At the weekend it was Angela Rayner, Deputy Leader of the Opposition, who provided the perfect example. This came not long after she had somewhat bizarrely claimed she was reared on a diet of dog food and shaving foam.

Yes, Ms Rayner: the former shadow education secretary whose academic prowess was demonstrated by her ability to finish school with more children than GCSEs. A fitting candidate to be in charge of a country with one of the finest intellectual traditions in the world, no doubt.

Her linguistic dexterity was demonstrated on Saturday as she addressed her brand of ‘kinder, gentler politics’ at a Labour conference fringe meeting. Discussing the ‘Tories’ (always spoken in a tone as if referencing the Nazi Party), she described them thus: ‘a bunch of scum, homophobic, racist, misogynistic, absolute pile of . . . banana republic . . .  Etonian . . .  piece of scum’.

Some of this hit the mark, admittedly, particularly the banana republic and Etonian bits. That is, however, beside the point. What is demonstrated more keenly is not Ms Rayner’s analytical achievement, for such a tired string of insults is the mainstay of any obnoxious Twitter prat, but the decline of political standards in the UK today.

That a prominent elected politician descends so readily to the language of the gutter is the true token of our status of banana republic. Petrol shortages and the prospect of the lights going out only add to the overall effect. Defending her witless rant as being working-class ‘street language’, Ms Rayner further underlined the disdain which the likes of her hold for the ordinary people of this country.

This woman, regrettably, is not merely some sour-faced Socialist Worker Party Trot who comes out of the permafrost to protest every other weekend. She is the Deputy Leader of Her Majesty’s Most Loyal Opposition.

She is not the only culprit, of course. David Lammy’s infamous appearance on Celebrity Mastermind was an education in itself. The amusement value of Claudia Webbe’s inability to pronounce the word ‘Belarus’ was outweighed only by the alarming realisation that she represents 75,000 voters.

Readers may object that I am picking on Labour representatives. The Tories, for their part, are of an almost uniformly low quality, yet their flaw is not a deficit of brains but a total lack of principles, spine or courage.

This is likely a result of the different selection criteria employed by either party. Labour candidates are chosen with their ethnicity and genitalia in mind; Conservatives with their ability to schmooze and slime their way into positions of power.

The end effect is similar. It leads to a mob of over-elevated and chronically incompetent nobodies at the helm. Digging a little into the past shows the truth of this. Take, for example, this TV debate from 1978, the era of our first ‘winter of discontent’. The absence of cheap, tawdry sound-bites together with the reliance on command of policy and the ability to debate is uniformly demonstrated by all involved. Ms Rayner’s Key Stage 1 level of political nous could not provide a more distressing counterpoint.

As the country slides into a second winter of discontent utterly of its own making – another symptom of our collective national suicide – one wonders whether it is true that the people get the governments they deserve.

A cursory scan of the Commons makes one hope that is not true. If it is the case, we are utterly doomed.