NewsPaperthe art of publishing
HomeNewsE-Type, the Jag that left its marque on me
353

E-Type, the Jag that left its marque on me 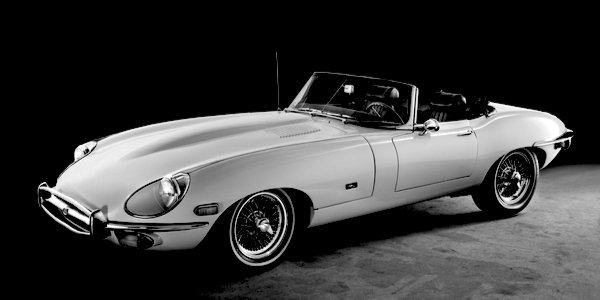 THIS year marks the 60th birthday of the iconic E-Type Jaguar. But although I’ve long loved it from afar, I’ve never managed to buy one. In fact, I’ve never driven one, or even been a passenger in one.

No matter. Nothing can diminish my affection for this stunning supercar – an infatuation that I suspect is shared by many.

Wordsmiths more articulate than I am can wax lyrical about the E-Type’s sleek, seamless, aerodynamic shape, its impression of effortless pent-up power – like a big cat about to spring – and its sheer Wow! factor.

I can do no better than agree with the great Italian automobile designer Enzo Ferrari, who on seeing it unveiled at the Geneva Motor Show in 1961, simply called it ‘the most beautiful car ever made’.

But, boy, when we youngsters saw an E-Type roaring down the road, it was the stuff of dreams. I tried to persuade my elder brother that some judicious metal-bashing might transform his staid old Morris Minor into a semblance of the jaunty Jag. He remained unconvinced.

The E-Type would have become a legend regardless of when it was created. But its birth coincided providentially with the musical and cultural revolution that started in the early Sixties.

Along with that other great British classic, the Mini, it quickly became an icon of the age, the perfect fit for an era that aspired towards fun, freedom, excitement and a release of youthful energy.

An E-Type became the trendy, must-have motor of many celebrities including George Harrison, Frank Sinatra, Roy Orbison, George Best and Peter Sellers, some of whom probably didn’t know a carburettor from a cabbage, but were beguiled by its irresistible glamour.

The Dave Clark Five, the London-based pop group who briefly tried to rival the Beatles, used an E-Type on the cover of their album Catch Us If You Can and in their 1965 movie of the same name.

Another famous E-Type devotee was Simon Dee, whose enormously popular early evening chat show Dee Time started on BBC television in 1967. The programme closed with a sequence of him driving off in an E-Type after picking up a blonde, mini-skirted, kinky-booted dolly bird – enacting the fantasy of many a frustrated male in the Sixties.

In 1969 came heartbreak for E-Type lovers when two lovely examples were wrecked by a huge mechanical digger for a scene from the Michael Caine movie The Italian Job. Here is part of it:

However, the cars were later restored to their former glory.

Production of the E-Type ended at Jaguar’s Coventry factory in 1975 after more than 67,000 were made. In that time, it went through several incarnations and upgrades.

However, 46 years after it was discontinued, such is its abiding charisma that enthusiasts – as well as Jaguar itself – are still lavishing attention on the magical marque with big-money projects and rebuilds.

There is even an electric version of the E-type, the one-off Concept Zero, used by Prince Harry and Meghan Markle as they drove to their wedding reception in 2018.

For me, however, whatever is under the bonnet takes second place to the sheer ethereal elegance of the body. The E-Type is one of only a handful of cars that have earned a place in the Museum of Modern Art in New York.

I must admit that in normal life, all I want out of a car is that it gets me safely from A to B. But in my supercharged wannabe world, all I want is an E-Type. A beautiful, gleaming, streamlined, slinky, sublime E-Type. Preferably red, but any colour will do, thank you.

There are still many on the market and this year, prices are said to be dropping slightly. So is there yet hope that there’ll be one gracing my driveway?

Sadly, no. With run-of-the mill models fetching anything from £50,000 to £300,000 or more, depending on their state of restoration, an E-Type is still way beyond my means.

All I can do is tweak Janis Joplin’s 1970 song Mercedes Benz – co-written with Michael McClure and Bob Neuwirth – and hope someone in that Great Big Jaguar Showroom in the Sky is listening.

Oh Lord, won’t you buy me
An E-Type Jag-uar?
I’m fed up with my Corsa
A bland, boring car

I worked hard all my days

Now the time is ripe
Oh Lord, won’t you buy me
A Jag-uar E-Type?