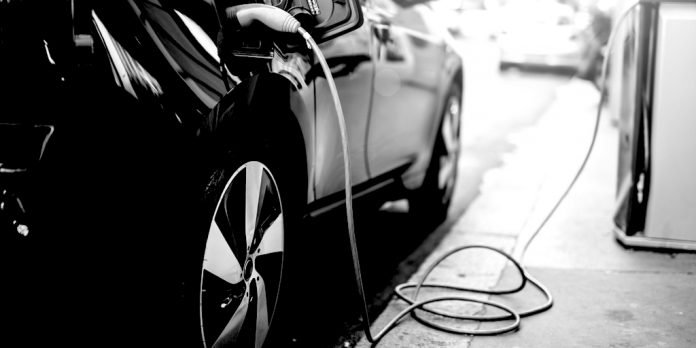 BORIS Johnson’s plan to ban new diesel and petrol cars from 2030 to make us all drive electric models was brilliantly demolished by Ewen Stewart in a TCW article on Tuesday.

He exposed the folly of devastating the British automotive industry, endangering hundreds of thousands of jobs and potentially putting personal transport out of the reach of many, all for no apparent reason other than boosting the Prime Minister’s bragging rights over carbon reduction.

Ewen did use the word ‘deluded’ to describe Johnson’s eco-maniac scheme. It needs shouting out loud and clear that this plan is not only deluded in its present form – it is madness.

‘Never before, at the very stroke of the pen, has a Government dared to close down an entire and critical industry almost overnight by diktat,’ Ewen wrote.

Taking in the whole of Johnson’s ten-point so-called green energy industrial revolution, we can also say: ‘Never before has a Government been so vaingloriously short-sighted about the effect its woke policies are likely to have on the lives of ordinary people.’

Car ownership is a necessity for millions, as well as a source of convenience and enjoyment. And it is something most of us can afford.

Electric vehicles are expensive to buy. If they are imposed on us by law and prices remain high, motoring could effectively become the preserve only of the well-off or the well-placed – such as MPs.

It’s also worth noting that electric cars at the moment are in some cases only marginally more economic to run than petrol and diesel cars when all factors are taken into account. Also, although an electric motor is non-polluting, the electricity it is powered by may come from polluting sources.

By setting the deadline for the ban at 2030, ten years earlier than originally planned, Johnson is recklessly rushing through an ill-thought-out and ill-costed scheme that has more to do with virtue-signalling than combating carbon.

If people want electric cars, let them so choose without compulsion while keeping the option of fossil-fuelled types, as Ewen Stewart urges. That way, the market will eventually make electric cars technically attractive and affordable.

But if the Government insists on scrapping the internal combustion engine, which has basically powered our civilisation for more than a century, then at least do it slowly and surely.

A much longer transitional period, several decades at least, is needed to sort out the multifarious problems that will be thrown up. Problems such as where all those electric cars, which are essentially big batteries on wheels, will be charged.

The plan (if you can call it such) seems to rely partly on motorists parking on their driveways and plugging in to a connection point supplied from the domestic mains.

But in case Johnson hasn’t noticed, millions of houses – including 10 Downing Street – don’t have a drive and owners must park at the roadside.

The only way for them to charge their cars is to run a cable from inside their house and across the pavement. The advice at the moment seems to be that that is okay as long as the cable is covered.

So once we’ve all gone electric, unless charging points are installed along every driveway-less residential street in Britain where parking is allowed, there could be many strips of cable strung out across the flagstones for pedestrians to watch out for.

That’s a lot of trip hazards waiting to happen in broad daylight, let alone at night, in the wet or when everything’s covered in snow or ice – and a lot of potential claims for damages.

It wouldn’t even be a neat sequence of evenly-spaced cables. Not everyone can leave their car in the same space all the time, even in residents-only parking areas. Cables would be criss-crossed spaghetti-like at all angles to reach their respective vehicles.

So Boris had better don his hi-viz jacket and hard hat, grab his pick and shovel, and get digging now to install all those millions of roadside chargers that are going to be needed.

The other major snag with electric cars is that you can’t rely on being able to drive off to wherever you want whenever you want.

Right now, fully charging one from the domestic mains takes a minimum of eight to 14 hours and as much as 24 hours. Even using an expensive fast charger, it still takes between four and 12 hours.

What if you had to make an immediate 200 mile-plus journey in the middle of the night because of a family emergency, as I did many years ago? Unless you had a car with sufficient charge, it would be impossible. You can carry a spare can of petrol, but not a spare can of electricity.

Charging time and range may improve by 2030, of course – but by how much and at what cost? Will Britain’s ‘hard-working families’, so beloved of politicians when they’re seeking votes, be able to afford a car?

Finally, what if there are power cuts? Outages seem more and more likely under Johnson’s green revolution, when the wind refuses to blow and his beloved turbines refuse to turn.

Even if in 2030 car numbers in Britain are the same as today – around 33million – it’s going to need a hell of a lot of juice to power them all. Millions of motorists could wake up one morning to find their batteries are flat and they’re going nowhere . . . the same place we must hope this lunatic plan is going.