NewsPaperthe art of publishing
HomeNewsEmily Watson: Carol is not Brief Encounter. These lovers put themselves first
6

Emily Watson: Carol is not Brief Encounter. These lovers put themselves first 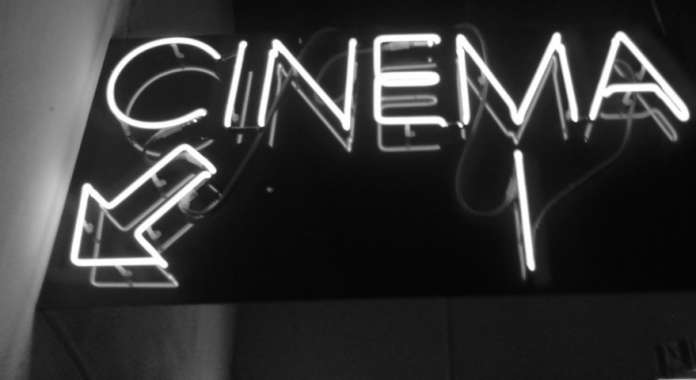 Todd Haynes’ adaptation of Patricia Highsmith’s novel Carol has received rave reviews from all quarters and is being tipped for an Oscar. Starring Cate Blanchett and Rooney Mara, it is the story of a shop assistant who falls in love with a married woman in 1950s Manhattan. It has been hailed as a classic in queer cinema, a heart-warming film showing how love can triumph against the odds.

I went to see the film with some misgivings, mainly due to the gushing adulation that it had received from The Guardian, Woman’s Hour and The Independent. Could it really live up to the hype?

Having watched it, I must admit that it’s a moving film. Rooney Mara does a fine job of portraying the wistful nineteen-year-old Therese Belivet, unsure of her place in the world. When Carol asks her if she wants to marry her boyfriend Richard, she replies honestly, “I don’t even know what to order for dinner.” Over the course of the film, she gains in confidence and blossoms, her love for Carol being the one thing that she is certain of.

Cate Blanchett plays the world-weary, sophisticated Carol Aird, who is navigating her way through a divorce with her husband of ten years, Harge. Seductive and flirtatious, always dragging on a cigarette, with a glazed look that lasts the whole movie, she embodies that 1950s cliché, the frustrated society wife – but with a twist. Five years earlier, she had cheated on Harge with Abby, a childhood friend and her daughter Rindy’s godmother.

Harge uses a private investigator to provide evidence of his wife’s affair with Therese, and uses it to stop her from seeing her daughter. Carol must either give up Rindy, or undergo psychiatric treatment to cure her of her homosexuality and rebuild a marriage with her estranged husband. She finally decides that she won’t continue living “against the grain” and gives Harge sole custody of Rindy, retaining occasional visitor rights. She gets a job, a flat of her own on 4th Avenue – and, of course, Therese.

This film is a great example of how art can be used to influence culture. Director Todd Haynes, who is openly homosexual, has crafted a beautiful love story, with a sumptuous background of 1950s New York, complete with furs, red nails, lipstick, cigarettes, and fancy cars. The vast majority of viewers will breathe a sigh of relief at the end of the movie: Carol has been true to herself and has escaped the shackles of domesticity for a life of adventure and fulfilment!

However, this story will not satisfy everyone. There are two reasons: Harge and Rindy. Harge strikes a pathetic figure; the Guardian review referred to him contemptuously as “impotently clinging to any vestigial control of his wife”; but he has been deeply wounded by his wife’s betrayal and seeks a reconciliation. Although she is only shown briefly, we get a glimpse of the little girl’s sadness when she asks why her mother won’t be spending Christmas with her. In Carol’s last desperate exchange with Harge in front of their divorce lawyers, she says that Rindy is a wonderful gift they have given each other. The emphasis is on the joy that Rindy brings her parents, and not the duty that they have towards her.

Because this is what is at the heart of the problem with Carol. It’s a story that places rights over duty. Carol says bitterly to Abby, “I can’t put up with any more tomato lunches”. Ultimately, she chooses to live the life that’s best for her, and not the one that is best for her daughter. She also admits that she could have loved Harge more, but she didn’t.

Carol had the chance to be a heroine: to say goodbye to Therese, to rebuild a life with her husband and be present in her daughter’s life. But, harsh though it sounds, her right “to be true to herself” is more important than Rindy’s wellbeing. Does this choice bring her happiness? Patricia Highsmith’s novel was based on a true story, but the real ending was rather different from the fictional one. Highsmith had a string of affairs with married women, a number of whom committed suicide. One of her lovers drank nitric acid, another overdosed on barbiturates, another died prematurely after a long battle with alcoholism. Highsmith was herself an alcoholic who was never able to find someone to commit to permanently.

A truly moving finale to Carol would have been a renunciation of self, where love and duty win the day. Choked with emotion, Carol says to Harge, “We’re not ugly people.” They’re not. But they’re not special either. Haynes, the director, wants society to empathise with Carol and endorse her choice. But for those of us who reject a culture of self, and want society to be transformed, true art must offer heroes.