Save this sex therapy from the LGBT censors 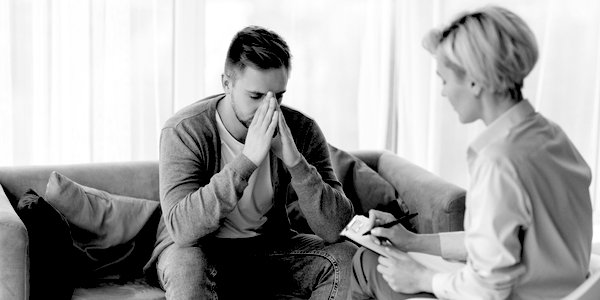 WHY are people with same-sex orientation being denied any choice over the help and therapy they can seek?

It’s a question I have been exploring in TCW over the last two weeks.  I have explained how the powerful LGBT lobby has influenced – indeed circumscribed – the therapy that can be given to those unhappy about their orientation and seeking help.

I reported on how compassionately-motivated talking therapies for anyone wishing to move away from their same-sex attraction have been discredited, delegitimised and finally banned by the professional bodies and the NHS, and on how the LGBT lobby is currently campaigning to have this ban made into law.

In a second article I relayed the voices and views of those who don’t want to be ‘out and proud’ and who don’t accept that coming to terms with this should be their only therapeutic choice; and who are not happy about their freedom of choice being denied.

Yet this is what clients and therapists now face –a ban on psychotherapy for those who voluntarily seek a trained professional to help lessen their same-sex desires, even if this is in order to marry or protect existing families.

How has this come about when it is not something that the professionals support and when many have found it  helpful for their clients?

Little-known UK research in 2009 found that 17 per cent of mental health professionals reported having helped a client diminish or change same-sex attraction and 72 per cent agreed such therapy should be available to the clients. Only 13 per cent thought it should not.

Only recently have practising psychologists written to the British Psychological Society (BPS) to complain that the same-sex orientation affirmative approach demanded of them is hindering their efforts to conduct effective therapy. And indeed, there is no evidence to suggest the affirmative approach is effective (see here p.15).

The ostensible reason given for the ban on therapy for anyone wishing to move away from their same-sex attraction is that it is harmful. This is what various mental health bodies argue in their Memorandum of Understanding, which lays out the ban.

Yet this conclusion is based on highly inadequate research. The two main pieces of research supporting the ban, the Faith and Sexuality Survey 2018 and the National LGBT Survey, exhibit deeply flawed sampling methods and inadequate questionnaire design.

The real reasons behind the determination to ban this therapy lie elsewhere – in the domains of politics and culture. The LGBT lobby has gone to enormous lengths to promote LGBT as a social identity and a lifestyle to be celebrated.

There is little doubt that the existence of people who both reject their homosexuality and the proscribed ‘gay’ self-identification undermines the LGBT message. It is the one thing the lobby is desperate to avoid to complete its cultural revolution.

The idea that people are born gay has been the cornerstone of gay ideology for a number of years. Kirk and Madsen in their best-selling book After the Ball explain how to achieve what they blithely describe as the ‘conversion of the average American’s emotions, mind, and will, through a planned psychological attack, in the form of propaganda fed to the nation via the media’.

A key part of this ‘conversion’ involved propagating the idea that people were born gay: ‘The mainstream should be told that gays are victims of fate, in the sense that most never had a choice to accept or reject their sexual preference. The message must read: “As far as gays can tell, they were born gay, just as you were born heterosexual or white or black or bright or athletic. They never made a choice and are not morally blameworthy. What they do isn’t wilfully contrary – it’s only natural for them. This twist of fate could as easily have happened to you!”’

The suggestion that homosexuality is something you can change is antipathetic to this reasoning. Furthermore, the idea that people are born gay lay at the heart of obtaining gay marriage in the US. The petitioners argued that because their homosexuality was ‘immutable’, it was only by allowing same-sex marriage that they would have access to this profound commitment like everyone else.

Had evidence been provided that people’s sexual orientations are a matter of behaviour rather an immutable biological identity, the outcome might have been different – as Gregory Rogers argues on page 172 of his book Homosexuality: An Issue for Our Times.

The idea that same-sex orientation is immutable is also what is being taught to our children in UK schools. A well-respected teaching resource provides teachers with advice about how to deal with questions about how people become gay.

This is despite the fact that a number of the more outspoken gay public figures, including Peter Tatchell, Julie Bindel and – more recently – Brandon Ambrosino, dispute this. Douglas Murray also discusses the weakness of the ‘born gay’ position in his book The Madness of Crowds.

The evidence supports this view. First is that sexuality can and does change throughout the life course. One respected ten-year longitudinal study of non-heterosexual women found that ‘all women reported declines in their ratio of same-sex to opposite-sex behaviour over time.’ See Diamond LM and Rosky CJ, Scrutinizing Immutability: Research on Sexual Orientation and U.S. Legal Advocacy for Sexual Minorities, J. Sex Res. 2016 May-Jun;53(4-5):363-91 (Table 1)

A review of more than 100 years of experiential evidence, clinical studies, and research has demonstrated that it is possible for some men and women to make a shift along the sexual-fluidity spectrum. And, according to the American Psychological Association, a significant number of men who identify as homosexual actually admit sometimes having romantic and sexual attraction toward women.

A number of psychologists have found that therapy can induce change. See here and here. Individuals also testify that therapy has helped them change.

That genes are not important as has been claimed was indicated in a major study which emerged last year, in which researchers explained that genetic information does not provide a basis on which to predict a person’s sexual behaviour.

Equally, environmental influences cannot be discounted. These may be the result of early childhood and family experiences as a major study, Childhood Family Correlates of Heterosexual and Homosexual Marriages: A National Cohort Study of Two Million Danes shows.

A culture which values freedom of expression and self-determination should be alarmed by the silencing of this evidence and opinion. There are many and varied reasons why same-sex attracted people may want to move away from homosexuality. There is evidence that they can do so, often incurring significant benefits with no serious evidence of harm. Mental health professionals are willing to help them on this journey.

We should respond to this need by conducting well-funded scientific research in this area, identify best practices in therapy and create guidelines for all those involved.

In its absence we risk failing a group of vulnerable individuals, capitulating to an LGBT lobby dictatorship, feeding children a false account of sexuality and driving much-needed therapy underground.