Energy poverty and the home truths MPs would rather ignore 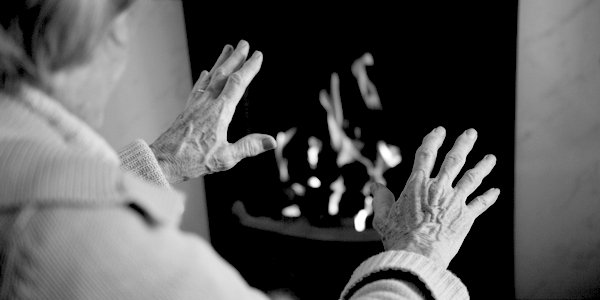 Why has the Government still not formally responded to the independent review that it commissioned into the cost of energy? Perhaps its findings are too damning. Staggeringly, the review found that the government has wasted the best part of £100billion on the decarbonisation of the power sector.

That this is not more widely known is thanks to the cosy consensus that exists in the British media around the need for renewables, which means that their effectiveness, or value for money, is ignored. The real victims of this wastefulness are those struggling in energy poverty, who have paid far too much for their electricity as a result.

Their money went straight on to the profit margins of renewable energy companies who had claimed that only vast subsidies would make them viable. Now they say that those subsidies actually resulted in falling prices. What the review reveals is that they took the civil servants and politicians for a ride, ordinary people paid the price, and they will continue to do so if nothing is done.

It should be obvious to anyone with a basic grasp of economics that if you let civil servants set the subsidies for renewable energy generation, they will end up much higher than if you invite competitive bids through auctions.

Since auctions have been introduced there have been significant reductions in prices, but this is sadly too little, too late, because high prices have been guaranteed far into the future. Ninety per cent of the bill for renewables up to 2030 has already been determined. This is an important fact to remember when you next hear someone banging on about how fast the cost of renewables is falling.

Professor Dieter Helm, who was commissioned to produce the Cost of Energy Review, is one of Britain’s most respected energy economists and supports the Government’s objective substantially to reduce its emissions. By no means a climate sceptic, then. His report takes it as given that the Climate Change Act must be met. Even more could be saved if this damaging and ineffective piece of legislation were removed, but this isn’t even considered.

Nonetheless, he has many sensible recommendations for the Government.

A key driver of recent energy price rises has been increased network costs, which now make up almost 28 per cent of electricity bills. These have increased as grid reinforcements have been made by the National Grid and the distribution companies to cope with the large amounts of renewable and intermittent generation coming on to the system.

Helm points the finger at an outdated pricing system and a lack of competition for network services. A situation exists where the National Grid and the Distribution Network Operators operate the electricity network, maintain it and invest in its expansion. This is a clear conflict of interest and they have easily exploited the regulators (Ofgem) who determine their income. It is no wonder that the National Grid makes more profit per worker, a whopping £350,000, than any other company in the UK.

To solve this problem, Helm suggests creating system operators which would be given the statutory responsibility of balancing electricity demand and supply from day to day, but crucially would not own any assets in themselves. They would be able to put all of the network services out to tender. For any location, bids could be invited from any option that the market might bring forward – whether that be through demand response, storage, grid reinforcements, or through new investments in local generation. This would bring much-needed competition into a failing sector, and end the need for regulators to set prices, an approach that always ends badly.

Another recommendation is to separate the expensive renewable energy contracts into a ‘bad bank’, so that consumers no longer have to pick up the bill directly. These contracts have already been signed, so the costs will have to be met. But meeting them through general taxation could be a fairer way to proceed, particularly for the poorest who are hit hardest by levies.

Most important of Helm’s recommendations is his proposal for ‘Equivalent Firm Power Auctions’. This would finally allow all generation technologies to compete on a fair basis. At the moment, renewable generators are shielded from the costs of intermittency that they impose on the system, ie the cost of their inherent unreliability. Helm proposes that they should now have to compete on a ‘firm equivalent basis’, meaning that their value is linked to the amount of time they can be relied upon to provide power.

Ultimately, this is a way of revealing fair prices for providing electricity capacity, without favour to any particular technology. It would simplify the tangled web of policies that exist at present and which treat each technology on a different basis, thus limiting the Government’s ability to pick winners. Policy would no longer be driven by aggressive lobbyists who exploit MPs’ lack of knowledge and good sense.

To judge them by their actions, these MPs seem to have little concern for reducing energy costs for the most vulnerable. They prefer to indulge in meaningless platitudes about climate change that often have no basis in science, and compound this error by repeatedly failing to acknowledge the significant impact that their policies are having on energy prices and living standards.

A notable exception is the Labour member for Blackley and Broughton, Graham Stringer, who called a Westminster Hall debate on Helm’s review. While he and a small number of concerned MPs pleaded on behalf of those affected by energy poverty, the climate change minister, Claire Perry, sat fiddling with her phone, only to give a tin-eared response celebrating Britain’s phase-out of coal, and wishing we could persuade even poorer countries to give up coal too. To have some humility when you’re costing real people’s jobs and livelihoods would be appropriate, however noble you think the cause may be.

The debate was interesting nonetheless, because of what it revealed: that the extortionately expensive decarbonisation of the power sector is only a taste of what is to come. As Conservative MP James Heappey rather sinisterly put it during the Westminster Hall debate:

‘It will be very challenging when we have to start telling people that they need to reduce their consumption of milk, cheese, and everything else in the interest of decarbonisation, but that conversation is surely coming.’

This is the simple logic of the Climate Change Act: once the power sector has been decarbonised, politicians will have to find multifarious new and extreme ways to ‘save the planet’, encroaching further and further into our lives. The solution is worse than the problem, and free thinkers should resist it every step of the way.

Helm’s review, whether you agree with it or not, is as Peter Lilley describes: ‘lucid, logically coherent, original and devastating . . . an outstanding contribution to policymaking’.

At the very least, it provides a sensible way forward in the unfortunate world of the Climate Change Act. Just as importantly, it is a vital corrective to the narrative that free markets are to blame for high energy prices. ‘No!’ this report shouts. Complex state interference has squandered billions, and it is through more competition, not less, that we can finally find a way out of this mess.

Share
Facebook
Twitter
WhatsApp
Email
Previous articleAm I alone in not giving a stuff about The Wedding?
Next articleIs there a human right to a Brazilian wax?