Energy prices must fall to cut deaths in the cold 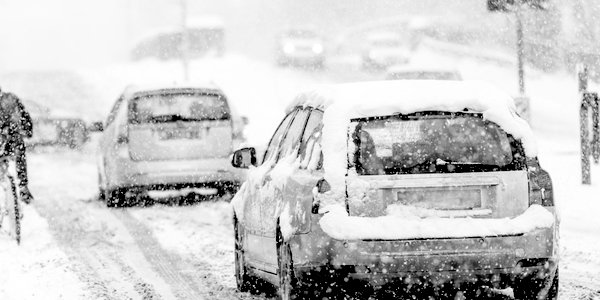 A dwindling gas supply, sheep stuck in the ice, billions of pounds in lost growth, blocked roads, and I didn’t receive my copy of The Spectator! The ‘Beast from the East’ has taken its toll on all of us. These severe occurrences bear witness to the true danger and savagery of the cold.

This was not the script in the era of climate hype and alarm; we have been told not to expect snowy winters ever again in Britain, and that even Alpine skiing resorts may become snow-free. As the reality of natural climatic variation became apparent, the tune changed. Now we are told ‘the snow outside is what global warming looks like’. For Guardianistas, weather of any kind is further evidence of alarming climate change.

Regardless of motivation, it’s time to start caring a lot more about the cold.

More sinister than these major, but temporary disturbances, is the impact cold weather has on health. Globally, twenty times as many people die from the cold than from the heat. This is exactly the case in Britain, where cold-related mortality accounts for 61 deaths per 100,000, one of the highest rates in Europe. This compares with only three deaths per 100,000 for heat-related mortality.

Human beings just don’t like the cold, and we are willing to pay to avoid it. In the United States, a Stanford study found 2.5 deg C of warming would lower deaths by 40,000 annually and, using willingness to pay as a measure of preference, that workers would be prepared to give up between $30billion and $100billion annually in wages for a 2.5 deg C rise in temperature.

Here in Britain, winter excess deaths had been falling over the past century, but in the past decade that progress has stalled. The trend could even go into reverse as bills increase to support unreliable renewable technologies. The temperature of centrally heated homes has also been falling, suggesting that the rising cost of energy is preventing people heating their homes adequately. This is all the more surprising given that improvements in insulation should have resulted in warmer homes, not colder.

The reality behind these facts is mould, damp and respiratory illness for many of our most vulnerable citizens. Relieving their suffering must be a priority for any government.

At the moment we are going in the wrong direction. By 2020, thanks to climate policies, households will be paying a 30 per cent premium on the price of electricity. Businesses are already paying much more than that, and these costs are eventually passed on to households too. Unless it changes course, it does not look as if the Government is particularly concerned about meeting its manifesto objective for the UK to have the lowest energy costs in Europe. It’s time to put the poor in front of the wealthy and well-connected renewable energy lobby.

To its credit, the Government has followed through on its pledge to commission an independent review into the cost of energy. If it is serious about delivering ‘competitive and affordable’ energy, it should take the recommendations from Dieter Helm’s Cost of Energy Review very seriously. Encouragingly, these have been rejected by many green energy lobbyists: a sure sign that he must be on to something.

As well as contributing to the longer-term problem of cold houses and energy poverty, government interference has made us more vulnerable to exactly the kind of cold weather event that we saw last week.

A key driver of increased gas demand has been the use of gas in electricity generation, to replace coal-fired generation that has been forced to shut down. This has made us particularly vulnerable to shortages and price spikes when demand is high, just as it was when the ‘Beast from the East’ hit. Yet again the ideological crusade to cut emissions has taken precedence over important practical considerations, such as maintaining a cheap and reliable supply of gas, which we are going to need long into the future.

If we had taken the initiative like the United States, and allowed the rapid exploitation of our shale gas resources, we might not be having problems like these. Instead, we are giving in to green campaigners who are illegally delaying legitimate economic activity. The world is awash with cheap fossil fuels but we are not reaping the benefits, a fact that has been made painfully clear during this cold spell.

Those tasked with setting energy policy are clearly more focused on climate change, and are taken with the delusion that making our energy more expensive and less reliable will somehow grow our economy. They call this ‘clean growth’. By following this strange strategy they are failing to deliver the cheap and reliable energy the country needs.

This latest cold snap must serve as a critical reminder that it is the poorest and most vulnerable who pay the price when energy is too expensive. It’s time for a rethink.