NewsPaperthe art of publishing
HomeNewsEpitaph for a noble peasant
0

Epitaph for a noble peasant 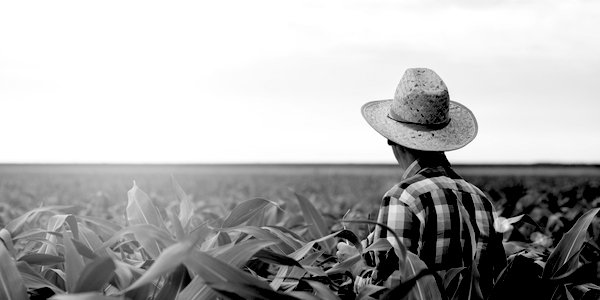 OUR village has just buried with military honours a man called Yvon Delage who farmed this corner of southeast Dordogne all his working life. He didn’t just tend his acres, he created a model farm with his own hands when others wrote it off as soil too poor to be viable.

That was his achievement, so local, personal and cloistered in la France profonde that it passed unnoticed by the hurried world at large. Yet M Delage deserves this pause for a few words to memorialise his passing.

He was one of a breed slowly being made extinct by modernity, a working paysan and the son of paysans who made our countryside the glorious place it is. He believed the land is something a man or woman is born to; nobody becomes a real farmer who doesn’t have the soil and animal husbandry in his genes.

Agriculture now is more the domain of science and EU quotas than that of the old style agriculteur that M Delage was, but he would have none of it – or as little as he could. They were the office-bound enemy of what was authentic, the bottomless well of paperwork that, as an outdoorsman, he despised. He was unfair in his prejudices but they were understandable.

He was a beef farmer, but with the smoking bans and the loss of subsidies he saw his neighbours gradually shut down tobacco growing, the only crop that ‘paid honourably’, as they say around here. When that happens, it’s up to the farmer to find a new crop to make his land pay.

M Delage worked his farm, Scournat, with his son Alain. He was still aboard a tractor and checking his beautiful red-brown Limousin cows in fields, spread out for 10 kilometres around, all day and every day until his 80s. The 35-hour week never came to farming any more than did perfect weather.

So many farms now have no family successor like Alain. Until recently a husband and wife lived together off their farm’s precarious income. If they were too young to retire or employ a son when he left school or college, there was no money over to pay him to farm. He’d leave for the city.

No one knows what this will mean for the countryside as the last of the small farmers like M Delage die or retire in the coming decade or so and regulators dictate what can and cannot be grown.

Will agribusiness take over with salaried employees running combined spreads according to strict, short-term, commercial principles? As another neighbouring farmer, also now dead, said: ‘Who will look after the land after us?’ Because it doesn’t look the way it does by itself.

M Delage, who came from a neighbouring village, was a raconteur. He talked about local history and about the German occupation during WW2 when he was a boy and his own father was a PoW in Germany. He fought in the Algerian war during his military service. In 1959 he married a girl whose family lived in the house where I live now and they moved to farm Scournat, 500 yards up the hill.

The land here is stony and the locals told him the soil quality was so poor that he was wasting his time at Scournat. He had his own ideas and nursed it to productivity over several years. The farm, as neat as a pin, now has over 300 cows and calves on owned and rented land and grows hay and maize as winter fodder. M Delage claimed he could judge a cow’s weight to within a kilo by looking at it, and the scales proved him right.

He was a deeply respected member of his community and attached by family history to the land he loved, which is not a bad epitaph for a man.