NewsPaperthe art of publishing
HomeLaura PerrinsEquality’s no longer the feminists’ goal. Now they want no men on...
144

Equality’s no longer the feminists’ goal. Now they want no men on the field at all 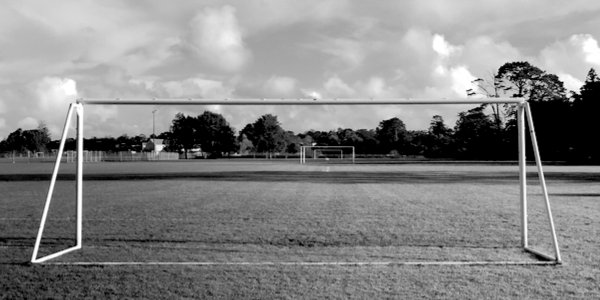 I see that the feminists have given up on getting women to ‘the top’ on a level playing field and instead want to change the playing field, purging it of all those pesky men that stand in the way of female ambition.

Some demented woman in the Washington Post just came out and said what I believe a lot of feminists have wanted to say to men for some time, namely f*ck off and die. Her exact words were ‘Why can’t we hate men?’ She rants: ‘So men, if you really are #WithUs and would like us to not hate you for all the millennia of woe you have produced and benefited from, start with this: Lean out so we can actually just stand up without being beaten down. Pledge to vote for feminist women only. Don’t run for office. Don’t be in charge of anything. Step away from the power. We got this. And please know that your crocodile tears won’t be wiped away by us any more. We have every right to hate you. You have done us wrong. #BecausePatriarchy. It is long past time to play hard for Team Feminism. And win.’

In other words, the feminists don’t want a level playing field any more, they want a field empty of men.

Cheryl Giovannoni, chief executive of the Girls’ Day School Trust, did not go quite that far, but instead wants to emasculate men in the boardroom (and probably other rooms), imploring them to be less ‘gladiatorial’.

Too many women experience combative workplaces whereas leadership should be a ‘gender-diverse concept’, according to Ms Giovannoni. She tells its annual conference that the culture must change: ‘To those who see themselves not so much as leaders of complex organisations but gladiators striding into the arena, this has to stop. The meeting room is not the Colosseum. And, frankly, you are not Russell Crowe.’

One wonders why we have this outburst now from the Head Girl of the Head Girls. Perhaps she is getting a little heat from parents who seem to think that dropping close to £30,000 a year on your little darling’s school fees means City and financial success should be guaranteed. When it does not work out, heads must roll, or at least balls must be metaphorically cut off. Who knows?

All this nonsense is backed by the government. The point is that how a company runs its boardroom is up to its bosses. It is none of the government’s business what the gender pay gap is unless there is clear discrimination. Chippy Cheryl, nagger-in-chief, again: ‘According to one study, in general women exhibit many of the traits associated with effective leadership — effective communication and delegation, a tendency to empower all team members, creative problem-solving, collaboration, consensus building.’

That’s lovely, isn’t it, and if it were true then why not leave it to the market place to reward all the companies that promote more women, and punish all those companies run along the lines of the Bullingdon Club? I sense the reason the feminists do not want it left to the market is because most of these ‘studies’ are garbage. The market rewards risk-taking, effectiveness, ruthlessness and brutal competition, and most of the time most of these traits dominate in more men than women.

Ultimately, however, as I said, how a company is run should be left to those who set it up and run it. For instance, if myself and my wonderful co-editor want to hire a team of hot 25-year-old Italian men to serve us coffee, that is our business (literally) too. And if we ever make enough money to hire a tall, dark, brooding, non-self-hating, non-woke, masculine man to assist us in building our vast media empire, or indeed merely to brood in the office, then that is what we shall do also.

And Maria Miller and Nicky Morgan and the rest of the chippy matron-at-large squad can take a jump as it is none of the government’s damn business how these companies are run.