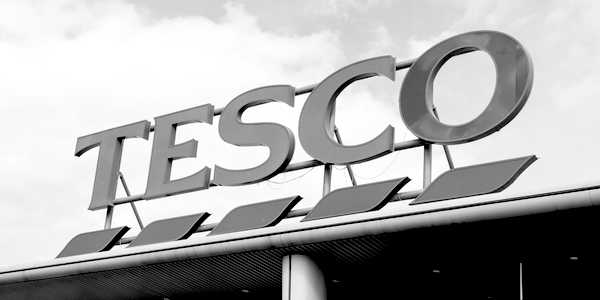 I’M trying to erase the image from my mind, but it is proving impossible: Santa showing his Covid-19 passport to Britain’s border security (reported in TCW yesterday). Was it him standing at the foot of my bed last night?

The unnerving new Tesco advert (unnerving to those of conscience: most doubtless find it titillating) is one more tiny step on the road to medical apartheid: the depiction of Christmas utopia we have come to expect from the manufacturers of our needs now incorporating nudges towards the similarly fantastical promise of a return to normality contingent upon vaccination status.

BBH, the advertising agency responsible for the commercial – whose clients include Google, the Guardian, YouTube and Burger King – say that ‘Christmas ads usually go one of three ways: escapist, cute or sentimental’. They are clearly bucking the trend with their latest offering, which is foreboding, and whose subliminal message on behalf of the State is clearly ‘do exactly as we say or we’ll ruin Christmas’, something our Prime Minister, metronomic in his flip-flopping, has now said can’t be ruled out.

Quite aside from the fact that Santa, as a fully vaccinated traveller, would have had two additional QR codes to show before permitted entry into fortress Britain (why he didn’t just use a dinghy is anyone’s guess) – confirmation of both a booked and paid for Covid-19 test to be taken in England before the end of day two, and a completed passenger locator form – surely it cannot have escaped the attention of the goggle-eyed public that the post-Covid International Order Santa has been stripped of the joviality that is the hallmark of Coca-Cola’s chief agitprop.

It’s welcome, I suppose, that he is no longer obese (a positive lifestyle change our hypocritical Prime Minister is still yet to adopt) but what truly disturbs is his new sinister countenance. Gone are the flushed chubby cheeks, the grin and the twinkling eyes, to be replaced by a look I can only describe as ‘grizzled lumberjack meets on-the-edge mercenary’.

Not only is Santa unsmiling as he presents his apartheid pass, but is staring unflinchingly into one’s eyes as if to say ‘Thought we’d never be able to introduce them, didn’t you?’ The man looks menacing to say the least.

The advert began airing within the same brief period during which two fresh lockdowns came into force across the Channel – in Holland, and of monumental significance, in Austria for the unvaccinated only – and one cannot help but feel that in some small way this is another of Government’s methods of drip-feeding us the warning that similar measures could at any point be implemented on home soil, and thus the war on the unvaccinated accelerated. Every little nudge helps, after all.

The quite astonishing overreaches of power currently under way in such countries as Austria, the Netherlands, Australia, Latvia, Israel, New Zealand, and likely also Germany by week’s end – not to mention the expanding use of ‘health’ passports within the UK itself – are deafening portents of a bleak decade ahead. Will we have the courage to withdraw our consent to another winter of injurious and humiliating curbs on behaviour before such prohibitions embed themselves in our culture for good?

Throughout this exaggerated emergency the British Government have tried always to remain a few steps behind their European, American and Australasian accomplices, nearly always going on eventually to adopt piecemeal public health interventions inflicted more swiftly elsewhere. It is of the utmost importance that they are not seen to be strangling the liberty of their citizens too brazenly, for fear of sullying their self-appointed reputation as the heart of the civilised world: camouflage for their equally self-appointed global role as the new order’s science, technology and health constabulary.

Autumn and winter look likely to be another mess of restrictions, guidance, censorship, nudges and infantilisation, a challenge we should certainly be steeling ourselves for in light of the battles for freedom currently taking place elsewhere in what should surely by now be classed World War Three, albeit a universal, coordinated attack on domestic populations by their own Governments and not foreign aggressors.

Bear in mind, for example, that the vaccination of 5-11-year-olds is yet to be considered in the UK, but if given the go-ahead will doubtless be used as leverage for further controls. This is before we even broach the topic of just how the rollout to such a young cohort should be managed regarding consent.

On Tuesday the Government’s most downbeat and disconsolate official, Chief Medical Officer Chris Whitty, made a rare mention concerning the rollout of Covid-19 vaccines to under-12s. I’ve been wondering what Whitty has been up to of late after an unusual absence from the limelight, and then, out of the blue, he pops up uselessly calling for calm on a decision he says is still a long way off; surely, given his track-record, this was the first veiled nod that approval is all but in the bag.

Britain is also yet to consider a suffocating, Spanish-style requirement for clinically-assessed mask-exemption: a measure mercifully not yet adopted but which no doubt exists in our domestic interventionist toolbox, and a wrench I’m quite certain Health Secretary Javid is itching to play with.

The idea that we have somehow got off lightly as a nation vis-a-vis our Government’s pandemic response is an illusion. We are simply moving at Johnson’s tactical, tortoise-like pace, while using our hare-like allies as social and political barometers.

If they mess it up, Johnson will say that never would his Government have even considered implementing such draconian and discriminatory measures as lockdowns for the unvaccinated. If they get away with it, he will play the cautious card: of which he has 52 in a fixed game of geopolitical poker.

Hopefully Tesco’s Christmas advert was a one-off, and they return to depicting Santa as the grandfatherly Good Samaritan we all know him not to be. But if the new mercenary look is here to stay, and he continues to stare unnervingly into our psyches, violence writ large in his eyes, God help us all.