NewsPaperthe art of publishing
HomeNewsEveryone hates Hamas – except the BBC
31

Everyone hates Hamas – except the BBC 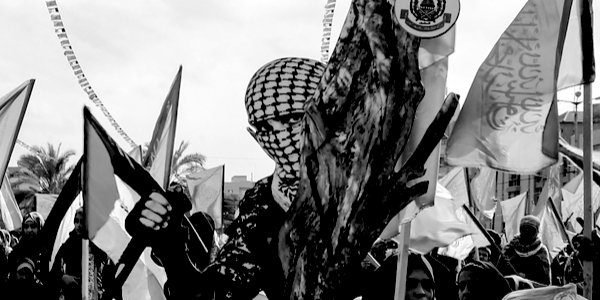 THE people of Gaza have had enough. They are tired of having their homes, schools and hospitals used as launch pads for Hamas’s endless war against Israel, and tired of subsisting in abject poverty while their leaders live in luxury.

Since seizing power from Fatah in 2007, Hamas has controlled the Gaza strip. It uses Gazans as human shields in its attempts to destroy Israel and turn it into another Islamist state. Hamas leaders are millionaires, grown rich on stealing from their own people billions of pounds in donations from the UN and Western governments.

Two weeks ago Gaza residents took to the streets shouting the slogan ‘We want to live’. Their protests were ignited by Hamas’s planned tax increases which will increase hardship for most Palestinians already dealing with exorbitant living costs, poverty, high unemployment rates and poor infrastructure. The protesters put the blame for their plight solely on Hamas. In response, Hamas security forces beat and arrested dozens of demonstrators, including students and human right activists, and in some instances used live fire on them.

According to reports by the Fatah media, Hamas targeted 17 journalists during the protests and arrested seven. Several were beaten and had their phones confiscated. Hamas is also suspected of breaking the fingers of a Palestinian writer and beating him so badly that he had to be hospitalised.

In 2001 the British government proscribed the military wing of Hamas, which is called Izz al-Din al-Qassem Brigades. Both the EU and the US have proscribed Hamas in its entirety as a terrorist organisation. That the BBC cannot bring themselves to describe Hamas as a terrorist group is yet another failing of theirs when they come to reporting the truth. By qualifying the description they are fuelling anti-Israel sentiments, a well-formed habit of theirs.

The reporter also doesn’t initially state that the protests are against the Hamas regime, and instead tries to blame Israel and Egypt for their blockades against Gaza. Economic dire straits there are the fault of Hamas and their conspicuous consumption, corruption and warmongering. But the BBC tends to ignore anything which can’t be blamed on Israel. And no explanation is offered as to why the blockades are so necessary. Hamas and Isis are known to operate in the Sinai desert, attacking Egyptian military personnel there. Their operatives resort to digging tunnels to smuggle arms into Egypt and to sneak into Israel to instigate terror attacks against all Israelis – Jews, Christians and Muslims. That Hamas is limited in how much damage it can do on either side of the Gaza border is testament to the effectiveness of the blockades. To lift them is to invoke a death sentence on innocent Israelis and Egyptian citizens.

The brutality of Hamas towards its own citizens is not news to those who haven’t fallen for BBC propaganda on Israel. Hamas repeatedly lies to the Western media about its jihadist activities. By wanting to believe the worst of Israel, the BBC has continually promoted the Islamist narrative on the ongoing war between Hamas and Israel. Very little has been said about the continual clash between Hamas and Fatah – rival Islamist groups which control the Palestinian territories of Gaza and the West Bank respectively. Hamas has attempted to escape blame by accusing its rival Fatah of inciting the protest riots, exacerbating their in-fighting. And it will be the ordinary Palestinians living in Gaza who will suffer from this squabbling.

Even the United Nations, usually on the side of Islamist groups, condemned Hamas alone for its vicious crackdown on journalists and human rights activists. Amnesty International, known for its anti-Israel bias, has unreservedly blamed Hamas for its brutal treatment of protesters, students and journalists.  Amnesty’s own consultant in Gaza, Hind Khoudary, was detained and abusively interrogated by Hamas security forces.

Hamas cares nothing for its people, ignoring their pleas to live and instead choosing to yet again attack Israel. Shortly after the protests, Hamas sent a barrage of rockets towards Tel Aviv on Sunday, prompting the Egyptians to warn Hamas that they will not ‘lift a finger’ to help if Israel retaliates.

The Egyptians are also fed up with them. Mindful of Egypt’s admonishment, Hamas now claims that the rockets from Gaza were fired accidentally. I suspect the BBC will parrot the same blatant lies.

Israel has already responded to the rocket attacks on innocent civilians, striking military sites and an armament factory in Gaza. By provoking another possible war with Israel, Hamas is trying to distract from its governing failures and claw back favour from the people it oppresses.

The BBC is out of step with what many know to be true – that Hamas is a terrorist organisation which is happy to sacrifice its own people in its genocidal attempts to destroy Israel. Should war happen, we can count on the BBC to blame Israel for any loss of life while making excuses for the jihadists who terrorise not only Israelis but their own people. Most of the Arab world, and indeed the Gazans, are furious with Hamas. Yet the BBC would have us believe they’re freedom fighters.