NewsPaperthe art of publishing
HomeNewsEwe have been warned
0

Ewe have been warned 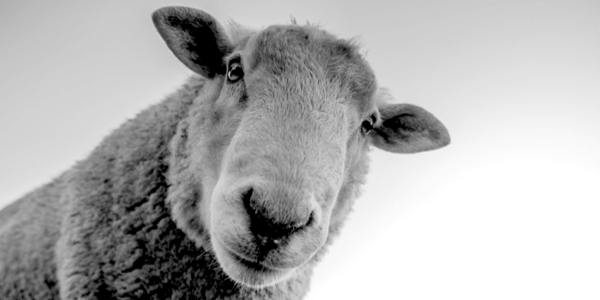 ONCE Upon a Time there was a young shepherd who inherited his family farm. Born into the digital age, he disliked all the dirty work involved, the long hours and the high expenses of managing the flock.

He had fresh ideas and decided to modernise sheep farming using the latest technology. Instead of expensive and unruly sheepdogs, he would deploy the new sheep control collars connected to the internet over satellite-fi. These gadgets have high voltage electrodes which can punish a sheep’s wrong-step movements. This meant that his computer could efficiently monitor the herd, meter their food and water intake and bring them back to base for shearing or dipping as necessary. Best of all, at end of life, when the animal’s productivity is past its peak, the collar painlessly euthanises the animal without anyone having to face its expiry in person. It’s so humane.

The young shepherd travelled round the neighbouring farms and persuaded their owners that they could all do away with the expense of maintaining fences if everyone adopted the Ewes-R-Free Collar control system. Livestock could roam more freely, improving their sense of well-being and thereby increasing yields. As a bonus, the price of the tech would be even lower if they bought in bulk. So they all agreed to implement the scheme on the same day, which took quite a bit of planning, I can tell you.

The time came to slip the new collars on to the sheep. A new breed of sheepdogs, the Collie-19, was used to frighten the sheep into the new high-tech sheep-dip, which increased the conductivity between the electrodes and the skin. In conjunction with the collars and the Internet-of-Sheep AI computer system the young shepherd hoped his lifestyle and profits would be greatly improved. In his mind this counted as a win-win.

However some wise black sheep saw the plan unfolding and started working hard to put a stop to it before the collars were on. They thought that sheep should choose whether or not to see a vet according to their own judgement.

If they succeed there will be a New Beginning.