NewsPaperthe art of publishing
HomeNewsExit Baroness Spider, with a final assault on the family
0

Exit Baroness Spider, with a final assault on the family 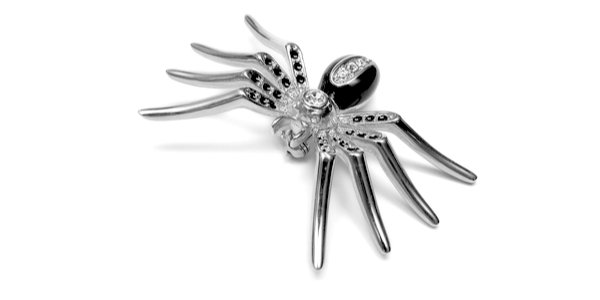 FEW readers of The Conservative Woman will have shed tears when Baroness Hale of Richmond – she of the infamous spider brooch – retired in January after a two-year stint as president of the Supreme Court. Throughout the course of her long and successful legal career, the Baroness deployed her talents in undermining social norms and in particular the traditional family. Believing herself to be on a feminist mission, she dismissed marriage as an outdated institution (despite marrying twice herself), demanded that cohabitation be given equivalent status to marriage, and insisted on children’s rights at the expense of parental responsibility.

Since she was always ready to venture into the field of politics rather than confining herself to legal pronouncements, it should have been no surprise to the Government last autumn that Hale took such evident pleasure in pronouncing – on spurious and (literally) unprecedented grounds – that the prorogation of parliament was a matter for the courts and that this particular prorogation was, by judges’ decree, null and void.

Her subsequent talk to a girls’ school in which she taunted the Prime Minister was a further instance of Hale’s relish for self-publicity. Giving a retirement interview in January to the Guardian (where else?), she thought it ‘great fun’ to list her favourite judgments, putting the prorogation case at the top because it was a source of ‘not pride, but satisfaction’.

Hale’s self-declared desire in that interview ‘not to look as if I’m making political comments’ was typically crafty. She is clearly in no doubt that under her presidency the Supreme Court was entitled to overrule the Government, despite the fact that the Government, and not the court, is democratically accountable to the people.

Her final Supreme Court judgment, reported last week, demonstrated once again Hale’s desire to adapt the law to fit her own moral agenda. Typically enough, it was another assault on the family and in particular on the ethics of childbearing. She decided that where clinical negligence – in this case failure properly to interpret cervical smear tests – results in a woman becoming infertile, and the woman wishes then to have a child by paying a foreign surrogate mother to have one for her, the hospital should have to pay the woman damages to cover the costs of that arrangement.

The decision was made despite the fact that under English law paying a surrogate mother – in effect, buying the surrogate’s services – is illegal. Hale’s decision goes against years of settled case law, and upends the principle that damages should not be awarded to pay for conduct that would be criminal if carried out in the UK.

It is an outrageous decision which passed largely unnoticed, in part due to coronavirus pushing all other news off the media agenda.

As many readers will be aware, commercial surrogacy is not permitted in this country. Arrangements for a woman to bear a child on another’s behalf and then hand over the child may be made only on a voluntary basis. Would-be parents with enough money can circumvent this law by buying the services of a surrogate mother abroad and bringing the child home to the UK (a route favoured by gay celebs for many years).

Pro-surrogacy campaigners argue that this route to parenthood should be made more straightforward by removing the inconsistencies between English law and other jurisdictions. But there is a logic – as well as an inherent morality – in limiting surrogacy to a voluntary arrangement. A woman who is motivated by pure altruism, in some cases through the fact that she is related to the infertile couple, is much more likely to be undertaking the pregnancy by choice than one who is acting for financial reasons, or who may be placed under financial pressure. The imbalance of power between the purchaser and the surrogate should surely cause even the most liberal-minded to ask whether this is truly humane.

As she is an avowed feminist, one might think that Lady Hale would be reluctant to endorse a state of affairs in which a poorer woman in another country is paid to undergo the physical and mental strain of a pregnancy to satisfy a wealthier couple’s desire to purchase a baby who they can claim is biologically theirs. Wouldn’t her sympathy for the infertile be better channelled into urging the adoption by infertile couples of abandoned and maltreated children languishing in care?

As usual the Spider Baroness justifies her innovative decision by referring vaguely to social changes in the idea of the family – ignoring the fact that these changes have not led Parliament to alter the law on commercial surrogacy. The result is that taxpayers will now have to pay, via the NHS, for transactions which Parliament has decided should be illegal in this country.

Regrettably two of Lady Hale’s fellow judges, Lords Wilson and Kerr, joined her in this folly, though her successor as president of the Supreme Court, Lord Reed, dissented. It is to be hoped that Lord Reed will lead the court into quieter waters, basing judgments on precedent rather than personal opinions, and grasping the constitutional importance of upholding the law as it is, not as he might wish it to be.