Fact-checkers should check their fact-check bias 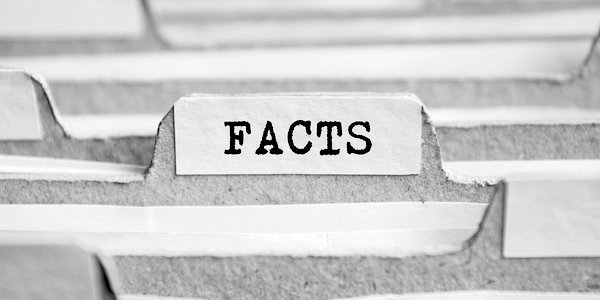 ON November 7, 2020, the Sunday Express published an article by Patrick Basham, an American conservative, entitled: ‘Stalin said it’s not important who votes, but how they are counted.’

The piece alleged ‘widespread ballot fraud’ in the US Presidential election. The Express’s link to the piece now returns a 404 message – page missing – but a copy is still available on Basham’s own Democracy Institute think-tank website.

Two days later, a fact-checking organisation called Full Fact published a debunk of Basham’s claims. Under the heading: ‘Express opinion piece wrong to allege evidence of widespread voter fraud in US elections,’ staff writer Pippa Allen-Kinross claimed to have established that there was no evidence of widespread fraudulent ballots, widespread invalid votes, or widespread ballot fraud.

Two days after that, Allen-Kinross updated her piece to say: ‘The Express has now deleted the comment piece from its website.’ A triumph!

As confidence in news organisations declines and excited rumour and misinformation spread across the internet, fact-checking outfits have sprung up like daisies.

It is very tempting to use their findings as shortcuts to the truth, so that it seems hardly worth turning on the television or opening a newspaper – why not go straight to a trustworthy, unbiased and authoritative source such as Full Fact?

Except, if my experience is anything to go by, these oracles are reluctant to accept any correction to their own claims.

On Sunday last, I used Full Fact’s online contact form to challenge two aspects of Allen-Kinross’s post: Her use of the term ‘President-elect’ in relation to Joe Biden, and her judgment that there was ‘no evidence’ of ballot fraud.

Firstly I pointed out that though the media were quick to call Biden ‘President-elect’ to date he has not been officially confirmed as such. In a letter dated November 13, a member of Congress’s Sub-Committee on Government Operations (SGO) instructed the General Services Administration (GSA) not to use the term and quoted both law and the precedent of the 2000 Presidential election (in which Al Gore delayed conceding victory to George W Bush until December 13.)

This is not a dry academic point: Constant repetition of the term in the media could be seen as pushing a narrative designed to use popular emotion and ignorance of the Constitution to override the legal-electoral challenges still ongoing from Mr Trump’s team.

I supplied Full Fact with the link above, plus a Word document transcript of the body of the letter. A team editor replied (Monday a.m.):

‘The letter you cite is now irrelevant following the GSA’s decision on 24 November to start the Biden transition: Regardless, the term “President-elect” has no constitutional definition and so the GSA does not have authority over how that term is used. The GSA does have a legal role in determining the winner of the election, but that doesn’t mean we are wrong to use the term “President-elect” with justification.’

I responded: ‘Preparation for handover is “just in case”; there has been no concession of victory. My point is therefore not irrelevant and to date, still stands.’

In fact the General Services Administrator made her reasoning quite clear in her letter to Biden why she had decided ‘to make certain post-election resources and services available to assist in the event of a presidential transition’. She also stated that she strongly believes ‘that the statute requires that the GSA Administrator ascertain, not impose, the apparent president-elect . . . GSA does not dictate the outcome of legal disputes and recounts, nor does it determine whether such proceedings are reasonable or justified. These are issues that the Constitution, federal laws, and state laws leave to the election certification process and decisions by courts of competent jurisdiction’.

These legal challenges continue, the incumbent has not conceded and the Electoral College has not yet met to determine the issue.

It seems that Full Fact does not understand the difference between an heir presumptive and an heir apparent; and I see nothing in the team editor’s reply to convince me that he had actually read either the SGO or the GSA letter.

Secondly I pointed out on the contact form that Ms Allen-Kinross states ‘He (Basham) also repeatedly speaks of ballot fraud, which there is no evidence of.’ (My emphasis). A fact-checker, I wrote, should know the difference between ‘evidence’ – and I understand there are over 200 sworn statements – and ‘conclusive proof’.

‘On your second point, I think again you’re claiming that certain words have undeniable definitions, which I don’t accept. In my eyes, unsubstantiated claims do not deserve the label of ‘evidence’, irrespective of whether they are sworn to be true or not.’

To which I responded: ‘Everyone understands that evidence is what is presented to put a case whether in court or elsewhere, and is not the same thing as proof. Mr Trump made ‘claims’ but that is not what I am referring to – there is lots of ‘evidence (whether reliable or not).’ A review of some of that evidence can be found here.

This is where it gets Lewis Carroll-ish: ‘When I use a word,’ Humpty Dumpty said, in rather a scornful tone, ‘it means just what I choose it to mean – neither more nor less.’

On the question of evidence, there are at the very least grounds for suspicion. Notwithstanding the Sunday Express’s (cowardly, in my view) takedown of his November 7 piece, Patrick Basham returned to his theme in the American edition of The Spectator (‘Reasons why the 2020 presidential election is deeply puzzling’ – a subscription site, but a copy of the piece is also available on Zero Hedge).

One could quibble about the word ‘widespread’, used perhaps incautiously by Basham himself in his first piece and repeated in the triple debunk by Allen-Kinross; but remove it from each of her findings and they begin to look shaky:

1. ‘… There is no evidence of widespread fraudulent ballots in the US election’.

2. ‘… There is no evidence of widespread invalid votes’.

3. ‘… There is no evidence of widespread ballot fraud’.

‘Widespread’ is an ambiguous term – does it mean distributed over a wide geographical area, or on a scale large enough to affect the outcome of the electoral returns? This post by a Sharyl Attkisson lists enough to suggest both.

Dilbert comic strip creator Scott Adams, a Trump supporter and expert in persuasion techniques, issues a daily podcast and has been arguing that since the Democrats have spent the last four years characterising the President as little better than a Nazi dictator, why wouldn’t they attempt – even, feel morally obliged to try – to remove him by any means possible?

What is so implausible about electoral fraud? It is such an issue here in the UK that Parliament has studied the vulnerabilities of the system, both in respect of postal voting and otherwise – Sir Eric Pickles, the Government’s anti-corruption champion, has made 50 recommendations.

A Californian blogger says: ‘An absentee ballot is a certificate that you receive and can be sold to a third party. This new concept of absentee voting allows people to abuse the system. Your ballot can be turned into cash. $200 to $1,000 I have heard.’

So English 18th century, eh! At least you could get a jolly good drink out of your MP in those days.

These interesting issues aside, the main question for me here is, amid the fog of lies, can we trust the fact-checkers to be impartial and accurate? I ended my riposte to the Full Fact’s team editor by saying:

‘The news media have already failed to be accurate and impartial. If your organisation is to fulfil the role of independent fact-checker, your claims and language need to be particularly scrupulous; unless you are simply a referee who has joined one team to play against the other.’

No further reply, so far; so other questions arise in my mind: who funds these outfits? How are the staff and writers recruited? What formal or informal links do they have with political parties and factions?

I’m reminded of an apocryphal tale about when the England cricket team played a friendly against a rural Australian side. A local was appointed umpire and the home team opened the batting.

When the ball thumped a shin pad, the fielders’ appeal was turned down; the same happened when a slip caught the ball off a thick edge.

The fast bowler snorted, took a long run up and delivered a meteor that blasted the middle stump into the sight screen and the bails into orbit. ‘Owizzee?’ was the cry. ‘Noddout,’ drawled the umpire again, adding in conciliatory tone: ‘Bloody close, though.’