Families pay the price of an unfair tax system

For more than ten years, CARE (Christian Action Research and Education) has produced unique research on the tax burden faced by UK families. In that time, there has been little change in the figures. More importantly, there has been little change in the underlying problems, namely that the UK tax system is highly individualistic and bears little to no regard for family responsibility and makeup. The latest research yet again makes for grim reading.

One of the unique aspects of CARE’s research is the evaluation of the UK tax burden with comparable countries in the EU and OECD. Doing this sort of comparison means it is easier to understand why the current bias in the UK tax system against families is so unusual.

At the OECD average wage for the UK, the tax burden is 26 per cent greater than the international average on single parents with two children, and 30 per cent greater on one-earner married couples with two children. By contrast, the tax burden on a single person with no family responsibilities is significantly less – 18 per cent – than the international average. The latest findings demonstrate, yet again, that the UK is a cold place for families.

Looking at the specific figures for income tax, the UK’s failings compared with other international friends come into even sharper focus.

Take the case of a UK one-earner married couple with two children. On average wage they would pay:

85 per cent more income tax than the equivalent French family;

More than twice as much as the equivalent US family;

And eleven times as much as the equivalent German family.

Because of the UK’s tax credit system, the overall tax rate for families in poverty is quite low by international standards. However, as tax credits are tapered sharply, the amount of income families retain as they earn more is punishingly minute. This is because the UK has, by far, the highest marginal tax rate in the OECD. Generally this is around 73 per cent, but for the increasing number of families who have no alternative but to rent it can be up to 96 per cent. It means that in the worst cases there is no incentive for people to work more hours or even get a better paid job, when they will feel the benefit of only 4p of every pound they earn. In the UK, the poor are taxed as if they are rich.

How should we deal with the problems? The picture is bleak. CARE’s report demonstrates that the tax system is failing families, and the result is that the benefits system has to pick up the pieces.

Heavily taxing people who are then judged to need propping up with benefits is simply digging holes and filling them in again. For far too long, issues of poverty have been addressed only through the benefits system. This is undoubtedly a vital safety net, but almost no work has been done to address the root cause, which is that our taxation system does not recognise family responsibility.

With this in mind, what policy solutions are available? What could the Government do better to take into account family responsibility? What is ultimately needed is fundamental reform. However, for the immediate future CARE has two practical policy solutions that would begin to help addressing the bias against families in the tax system.

In his recent budget the Chancellor announced increases to the personal allowance for the eighth successive year. These increases mainly benefit single people, couples without children and households which are frequently in the top half of the income distribution. These are not the people who need it most. CARE would rather see the Government scrap these increases and spend the money saved on funding a fully transferable allowance for a smaller group of one-earner married couples, such as those with children under five, or to extend the increases only to taxpayers with dependent children.

CARE would also like to see a significant increase in the transferable allowance for all married couples. While the re-introduction of a marriage tax break back in April 2015 was welcome, the current amount is no more than a token and pays no respect to the contributions that non-working spouses make not only to family life but also our national economy. Just weeks ago, the Office of National Statistics published research which estimated that stay-at-home spouses add approximately £19,000 per person to the national economy each year through jobs such as cooking, cleaning, washing and childcare.

These policy suggestions are not in themselves going to fix the fundamental problems in the UK tax system. Rather, a new approach needs to be developed:

Where family responsibility is properly respected;

Where marriage is made more, not less, accessible, with all its social and economic benefits;

Where spouses are not punished for the choices they make about how to provide for their families and raise their children, and no parent is penalised financially for choosing to stay at home;

Where how well-off people are is taken into account when they are taxed, so that we stop taxing the poor as if they are rich, and the rich as if they are poor.

The Prime Minister says she is committed to fighting ‘burning injustices’. If she means what she has said, the problems identified by CARE will no longer be left ignored and forgotten. 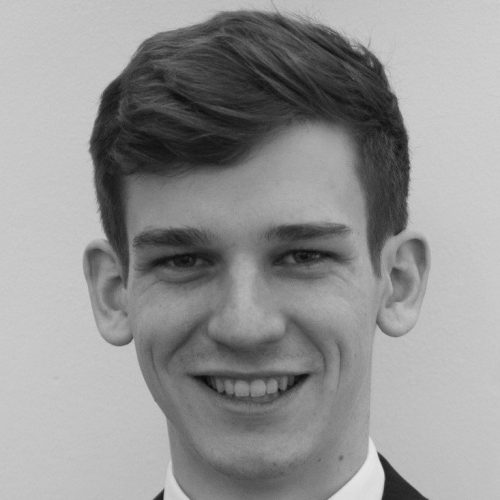