NewsPaperthe art of publishing
HomeNewsFarewell, Mr Tickle, your time is up
0

Farewell, Mr Tickle, your time is up 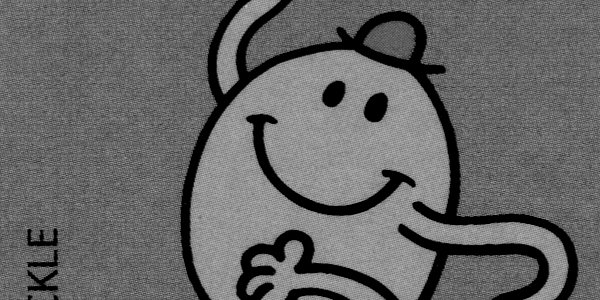 The Mr Men and Little Miss characters have been placed on trial via an academic research project at the University of Lincoln. The charges against them centred on sexism and misogyny, with a guilty verdict being pronounced at the recent annual conference of the British Psychological Society in Nottingham.

The case against Roger Hargreaves’s books is that female characters speak, on average, twelve words fewer than the males. In addition, the research concluded that ‘generally female characters were more passive, had less direct speech and relied on being saved more than male characters’.

What are we to make of this criminalising of books which are so beloved of infants around the globe? While taking part in an ITV Good Morning Britain debate this week I had time to read out only part of a message I had received from Mr Silly on the matter. Here is the whole letter:

A message from Mr Silly to Good Morning Britain

I have decided to admit that it was my idea to blame the Mr Men and Little Miss books for stereotyping men and women. I am hoping to win the Nonsense Cup this year and I already have the support of:

I would have come to Good Morning Britain myself but I was too tired after working out how to spell ‘stereotyping’ and, in any case, you have an early start and like a lot of young people these days, although I am gender aware, I cannot tell the time.

PS: Please do not talk to my enemies about this story. They are all wrong-headed sexists. In particular, beware these dangerous individuals:

Finally, thank you for allowing Mr Grumpy to read this message out to your viewers!

A row erupted after the programme. Labour’s Emily Thornberry, the shadow foreign secretary, was soon charging into the debate.

I find it rather sad that some opinion-forming adults feel the need to burden infants with adult neuroses. Little Misses Magic, Fun, Wise, Fabulous and Inventor give the lie to any malevolent intent. These books are, do not forget, full of laughter.

In my experience, it is the girls who tend to dominate in nurseries and in primary schools, just as they outshine boys at secondary level and at university. The Little Miss one is most likely to come across in our education system is the charming and precocious Hermione Granger of Harry Potter fame. If a gender group is in need of attention and support from the PC brigade, it is the boys, not the girls.

So-called anti-sexism is, however, winning through and some of the Mr Men, at least, may soon be consigned to outer darkness. In the TV debate, for example, Mr Tickle was linked to alleged sex offender Harvey Weinstein. The game for Tickle is surely up!

Meanwhile, as we debate gender stereotyping on breakfast telly, disengaged lads are roaming the streets with knives and bottles of acid. Many of these boys have never had a male role model in their lives but desperately needed one, especially from an early age.

Only 15 per cent of teachers in primary school are male and secondary schools, too, are female-teacher dominated. The current Mr Men/Little Misses row is but one symptom of an over-feminised profession that is saturated in political correctness. A flashing red light is warning adult men against becoming a teacher. For young men and boys seeking male role models, however, the flashing light is green for ‘come and join our gang’.