NewsPaperthe art of publishing
HomeNewsFather Ted can mock Catholics, but Muslims are sacred
0

Father Ted can mock Catholics, but Muslims are sacred 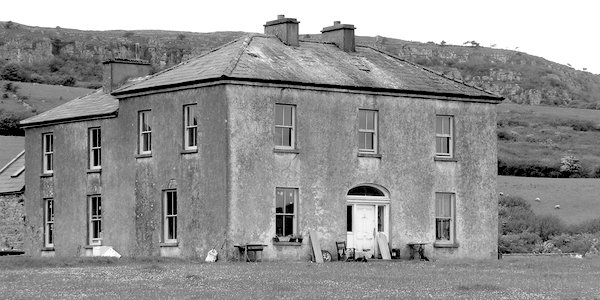 THE night before the most recent London Bridge terror attack, the writer Lionel Shriver appeared on BBC’S Question Time. In a segment related to so-called ‘Islamophobia’ in the Conservative Party, Shriver defended Boris Johnson’s 2018 article in the Telegraph, in which the now Prime Minister referred to Muslim women who wear the full-face veil as resembling ‘bank robbers’ and ‘letterboxes.’ A large portion of the audience gasped in shock that Shriver dared defend Johnson’s comments as ‘light-hearted’. Two young Muslim women were particularly scathing of Shriver’s comments. One of them accused her of ‘spreading hate and racism’ and told her that ‘you shouldn’t mock someone’s religion’. The other repeated several times that words have ‘consequences’ and asserted that there was a causal link between mockery of Islamic dress codes and violent attacks and verbal abuse of its adherents.

It is a common trope promulgated by not just Muslim activists, but also by most of the media, that mockery and satire of Islam is synonymous with anti-Muslim bigotry and attacks on innocent Muslims. Not a single member of the panel or audience defended Shriver or mentioned that in a free society we still have the legal right to mock and criticise all ideologies religious or non-religious. In that the full-face veil is a manifestation of an ultra-strict form of Islam that disappears the individuality of women, it has to be open to critique and satire just like the practices and beliefs of every other ideology. No matter what the Muslim Council of Britain or their unquestioning cheerleaders in the media tell you, there is a world of difference between critiquing and mocking Islamic dress codes in print and being verbally abusive to innocent Muslims in the street.

If it was the case though that satire and mockery of religion led to verbal abuse and violent attacks on its adherents, surely Christians would be suffering the greatest degree of persecution in society? After all, Christianity is usually the only religion to be mocked by comedians on those smug, self-congratulatory panel shows on the BBC and Channel 4 where slagging off the DUP as religious fanatics will always get you an easy laugh from the kind of woke audiences who find humour in hearing their own political biases regurgitated, rather than in a genuinely funny joke. If it is ‘Islamophobic’ to criticise and satirise Islamic ideology, of which the full-face veil is a manifestation, then surely it should be ‘Christianophobic’ to treat Christianity similarly? Yet I have yet to hear about anyone in the media interrogating the head of Channel 4 about why they allow Father Ted and its mocking of Catholicism to be regularly repeated. Where are the calls to ‘cancel’ those TV executives who sanction replays of Monty Python’s Life of Brian? Why are the heads of the BBC not brought on to Question Time to explain why they allow the occasional re-run of the ‘Christianophobe’ Dave Allen’s eviscerating lampoons of Christianity? After all, Dave Allen mocked the attire of Catholic nuns by referring to them as the ‘Gestapo in drag’. The reason the media don’t hold satirising Christianity to the same standard as satirising Islam is because they know there is no correlation between humour directed at religious ideas and attacking religious people directly. If there were any such correlation our hospitals would be full of bashed up Catholics after every double bill of Father Ted. In fact, there are many devout Catholics who find humour in shows like Father Ted.

Of course, as a free speech advocate living in a liberal democracy, I believe that neither the ideas of Richard Dawkins or the Archbishop of Canterbury should be immune from criticism and satire. Those who find merit in satire directed at the Catholic Church and the Presbyterianism of the DUP but shout ‘fascists’ at anyone poking fun at Islam are hypocrites. While western progressives are busy defending Islam from criticism in the west, genuine moderate Muslims and non-Muslims in Muslim majority countries are violently persecuted by Islamic fundamentalists who agree with western progressives that Islam should be shielded from criticism or satire.

In the ongoing debate about what constitutes hate speech and hate crime, the media’s focus tends to be on offensive comments made towards minority issues related to topics such as transgenderism and Islam. Too often, those in favour of extending draconian hate crime legislation conflate criticism and mockery of ideology with threats of violence which are already covered by legislation. In the aftermath of every Islamist terror attack in the West, the same progressive tendency that seeks to shield Islam from criticism comes into play. In these instances, it is often motivated by the well-intentioned desire to protect genuine moderate Muslims who are as appalled by Islamist terrorism as the rest of us. This double standard is evident by comparing the media coverage of the Finsbury Park mosque murderer, Darren Osbourne, with that of any Islamist terrorist attack. In reporting that case the Guardian newspaper informed us how Osbourne’s path to radicalisation was started after seeing a BBC drama on the Muslim grooming gang scandal and reading media posts from both anti-Islam activist Tommy Robinson, as well as the far-Right group Britain First. While there are legitimate criticisms that can be laid at the feet of the BBC, Tommy Robinson or the genuinely extreme Britain First, none of them has called for violence towards Muslims. However, after each Islamic terrorist attack the media never report that the terrorist was radicalised after reading passages in the Koran that call for attacks on non-Muslims. These facts are omitted because they point to the inconvenient truth that Islam’s most holy book contains passages that instruct violence against non-Muslims. Of course, most Muslims dismiss the violent passages as  applicable only to the epoch in which they were written when Islam was in conflict with other faiths. Unfortunately, though, a significant number of Muslims read those same passages to be as instructive today as they were in the seventh century. When you point to the sheer number of atrocities committed with reference to the violent passages in the Koran as evidence that it is a text that spreads the most dangerous kind of hate speech, you will be shouted down by the Muslim Council of Britain and their progressive fellow travellers as ‘far Right’ and an ‘Islamophobe’.

This is not a group to be lecturing anyone about hatred or intolerance. Instead of lending credibility to the persecution complex that afflicts the Muslim Council of Britain, surely it would serve the public interest better to have one of their representatives appear on BBC’s Question Time to answer why a prominent member of their organisation has called for the persecution of Ahmadi Muslims and the killing of ex-Muslims and why they have links to Islamist groups overseas? One of the functions of journalism in a liberal democratic society is to defend the principle of freedom of expression, as it underpins the rights of those working in the media, as well as ordinary citizens, to challenge, critique, mock and ridicule any set of ideas they as individuals view to be lacking. The BBC and other progressive media outlets should be defending Boris Johnson’s right to express his views on the full-face veil even if they disagree with him. The fact that they have instead become parrots for the views of the fanatical Muslim Council of Britain is deplorable.