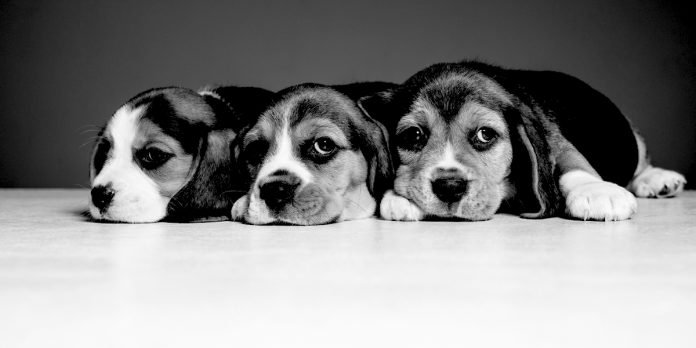 THROUGHOUT the past couple of years, Dr Anthony Fauci, Chief Medical Adviser to the President of the United States and the highest paid federal employee in history, has shown himself to be a dictatorial bureaucrat who loves the limelight above all.

Legacy media has provided us with multiple hagiographies – insights into 81-year-old Fauci the man, the doctor, faithful husband and loving father. We have never been told that nice Dr Fauci is a vivisectionist.

The US National Institute of Allergy and Infectious Diseases (NIAID), which Fauci has run since 1984, started HIV vaccine testing on monkeys a year after he was appointed and every year since it has acquired 400 to 600 rhesus monkeys for experimentation.

As a consequence of Covid and investigations into its origin we now know that NIAID’s parent body, the National Institutes for Health (NIH) with which Fauci is closely involved, funds at least 31 labs in China, North Korea, Russia, and Venezuela specifically for animal experiments unlawful in the US.

One such project, in Tunisia, has been revealed by the White Coat Waste Project (WCWP), a US watchdog advocating an end to taxpayer funding of $20billion every year on ‘wasteful and cruel experiments on dogs, cats, monkeys and other animals’. It discovered that from October 2018 until February 2019, NIAID spent $1.68million on drug tests involving 44 beagle puppies.

Republican Senator Nancy Mace and 23 of her colleagues wrote to Dr Fauci expressing ‘grave concerns about reports of costly, cruel, and unnecessary taxpayer-funded experiments on dogs’.

Senator Mace complained: ‘The commissioned tests involved injecting and force-feeding the puppies an experimental drug for several weeks, before killing and dissecting them.’ She asked the agency to confirm whether ‘scientists’ had ‘cut the dogs’ vocal cords’ to prevent them from barking or yelping in pain during the experiments. There was no response.

In December 2021, in the grip of the Covid pandemic, the NIAID funded a Scripps Research study ($205,562) which aimed to determine why transgender ‘women’ are almost 50 times more likely to get HIV than non-transgender individuals, by injecting male monkeys with feminising hormones. In an extraordinary claim, Scripps told the Washington Free Beacon that ‘it is through these types of targeted research studies that substantive progress against HIV, cancer, ALS, dementia – indeed most diseases and conditions – will be made.’

Dr Katherine Roe, a neuroscientist who works with the animal rights group PETA, questions why the NIH insists on using monkeys in HIV research, since the primates do not contract HIV/AIDS. Monkeys can contract SIV (Simian Immunodeficiency Viruses), a group of much milder diseases. She insists it is ‘bad science to suggest that dosing monkeys with feminising medication makes them good stand-ins for humans; this study will not help . . . prevent or treat HIV and will not help transgender women’.

The report on the Scripps project brought such public opprobrium that its lead researcher ‘expressed concerns’ about publishing the results under his name. Professor Mauricio Martins, who heads the project, emailed Dr Jeff Cummins of the NIH in January telling him that their research was ‘being twisted and berated by people who are not qualified to judge its merit.’ He was ‘caught off guard’. he wrote, by the Twitter backlash led ‘by the transgender community, who stands to gain the most by the research outlined’.

Luckily, NIH’s Dr Cummins is cool with transgender monkeys. Commiserating with the Professor,  he responded: ‘Unfortunately, these are the times in which we live. I am amazed by the misinformation that is so quickly spread on social media.’

There are already thousands of tried and tested treatments available for hay fever but demand is huge and growing: the impact of Covid-19 on the market is considered to be ‘positive’. Major players include Johnson & Johnson, Sanofi SA, GlaxoSmithKline PLC, and F. Hoffmann-La Roche Ltd.

The chosen contractor, Inimmune Corp, told NIAID that guinea pigs could be used for testing but documents show the agency insisted on at least five separate experiments on dogs including force-feeding them with the drugs over several months.

The ‘science’ on vivisection is much disputed and it is almost impossible to assess the number of animals used in experimentation. In 2015, Aysha Akhtar, a UK neurologist and preventive medicine specialist, published an article in the Cambridge Quarterly of Healthcare Ethics in which she estimated a global figure of more than 115million a year. She demonstrates that animal experimentation often ‘significantly harms humans through misleading safety studies, potential abandonment of effective therapeutics, and direction of resources away from more effective testing methods’ – the playbook of Big Pharma on Covid.