NewsPaperthe art of publishing
HomeNewsFear of Nazism threatens democracy itself
0

Fear of Nazism threatens democracy itself 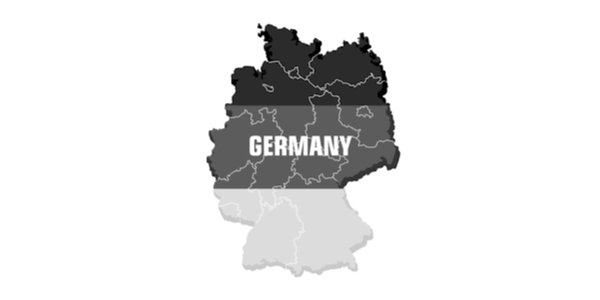 IT ISN’T often that a politician is elected one day and resigns the next, but that is what has happened in the German state of Thuringia. The drama has centred on Thomas Kemmerich, who was elected as state president on Wednesday and resigned on Thursday amidst an intense media storm. A member of the FDP, roughly equivalent to a more free market version of the Liberal Democrats, he is calling for a new election to replace himself.

What could have caused such an uproar? The answer is that Kemmerich was elected with the support of the ruling centre-Right CDU party and the more Right-wing AfD. Even though the latter has been democratically elected and has not been ruled an illegitimate political party by the German constitutional court, it is widely seen as far-Right. It has surged in recent years, with its hardline anti-immigration stance becoming more popular after the 2016 migrant crisis.

The AfD chose to back Kemmerich in the third round of voting, handing him a shock victory by 45 votes to 44. This edged out Bodo Ramelow, the previous state president and a member of the Left-wing Die Linke. Although the voting is secret, it didn’t take long for people to realise that Kemmerich could have won only with AfD support.

What happened next went viral across Germany. Susanne Hennig-Wellsow, a member of Die Linke and the Federal Party Whip, was supposed to hand Kemmerich a floral bouquet in congratulation as is convention. Instead, she threw it at his feet. The video of her petulance swept Right-wing social media.

Meanwhile, the image of Kemmerich shaking hands with Björn Höcke, an AfD member of the Thuringian parliament known for making controversial statements about the Holocaust, caused similar outrage on the Left and was on the front pages of most German newspapers the next day. Even though it is convention for all members of parliament to shake hands with the new president, it was seen as proof of a conspiracy between the two.

The incident went international when Guy Verhofstadt, who is a member of the Alliance of Liberals and Democrats for Europe group which the FDP also belong to, tweeted about it. He compared the photograph of Kemmerich shaking hands with Höcke to a historical photograph of Hitler shaking hands with the German President Hindenburg. This has set the tone for the debate, with many in the German media explicitly citing the example of the Weimar Republic and suggesting that this is the first step on the road back to Naziism, despite the fact that it is Kemmerich who has received threats and had his house vandalised.

Even though Kemmerich denied any alliance between the FDP and AfD and called it a ‘perfidious trick to harm democracy’ on the part of the latter, the charge has stuck. A letter from the AfD to Kemmerich last November, offering to support him or go into government with him, has circulated on social media. There’s no proof that Kemmerich or the FDP agreed to the letter but Christian Lindner, leader of the FDP, has had to announce that he will hold a special assembly at which he will ask for a vote of confidence in himself to quell the anger in his own party over the issue.

The election has struck at one of Germany’s strongest taboos, that of not allowing the most Right-wing parties any role in government. Even though there is no proof of an alliance, the fact that the AfD was able to influence the election has appalled the German political class. The shock is even greater because this is the first time it has happened. The AfD however can point to the hypocrisy of the German political class, who are happy to ally with the most Left-wing parties, like Die Linke. This is despite Die Linke being a direct successor to the party which ruled communist East Germany as an effective dictatorship.

Chancellor Merkel has responded to the crisis by describing it as a ‘bad day for democracy’ and calling for the election to be rerun. Her response embodies the problem of German democracy today: the German political class is so afraid of a return of Nazism that they seem ready to overturn democracy itself by refusing to accept results they don’t like. Chancellor Merkel has been in power for nearly 15 years, with everyone in Germany aware that she can hold on for only so much longer without a concrete direction for her party. Amongst the threats facing German politicians, from a looming recession to the failure of the all-important car industry to adapt to electric cars, comes a new one – that in trying to preserve the hard-won post-war democracy they might destroy it.