NewsPaperthe art of publishing
HomeNewsFear of ‘racism’ means real refugees lose out to the men who...
0 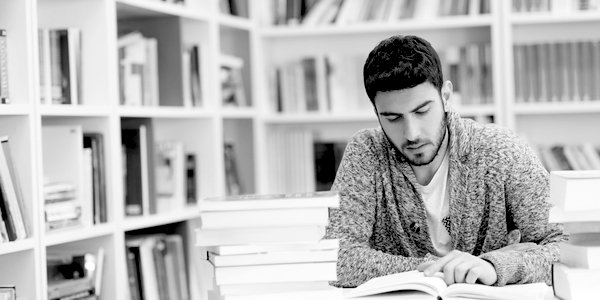 I am very familiar with Ipswich. This county town is made up of a mixture of families who have lived in Suffolk for generations, students and commuters who work in London. A new university overlooks the charming marina and eclectic art festivals are held in abandoned churches and slick theatres. There also are sizable areas of grinding poverty where vulnerable children attend schools such as Stoke High.

At the beginning of November a concerned group of parents outed a 30-year-old Iranian asylum seeker, known as Siavash, who was pretending to be a 15-year-old pupil at the school. Unsurprisingly, given our porous borders, it is unknown how he and his younger brother arrived in the UK.

What is known is that this hirsute adult took up a school place which should have been given to a child. This is a not uncommon occurrence since the hysteria over ‘child’ refugees in Calais two years ago. There, Lord Dubs, goaded by the BBC and the dubious Save the Children charity, made an ill-conceived mistake when comparing the plight of these ‘children’ to the pre-war Kindertransport from Nazi Germany.  Emotions were further inflamed by the strange and counter-productive habit of conflating economic migrants with refugees.

Over 200 supposed child migrants were then bussed from Calais to Croydon, and anyone who pointed out that the majority looked like men in dire need of a shave was accused of being as bad as the Nazis themselves. Mass emoting overtook logic and common sense.

Those who objected to these valid concerns should hang their heads in shame. For real refugee children in Calais were pushed to the back to the queue by adult migrants, while British authorities looked the other way. A small child, traumatised and weakened by war, would have not stood a chance against these men. And that is a disgrace. Refugee children who should have been helped were neglected in favour of political box-ticking. It’s not too much of an intellectual leap to conclude that if a boy looks like a man then it’s likely that he is. These autocratic officials could have also asked themselves why so few girls boarded that bus in Calais. Refugee children come in both sexes. Surely they should have realised this was a warning signal that all was not quite what it seemed.

But all this was ignored because the Home Office listens to tepid propaganda on multi-culturalism, like that from the Refugee Council who insist that some children will look older because ‘appearances can vary widely based on the young person’s ethnic background, genetics and experiences‘. This can only lead to border police and council officials convincing themselves that age difference is ‘cultural’. Local council and Home Office employees are now so wilfully blinded by political correctness and terrified of being accused of racism that they have mysteriously lost the ability to distinguish between children and adults.

Clearly most government policies are now designed around virtue signalling and emotion. Rationality and morality have long been forgotten. Instead adherence to multi-culturalism, bordering on religious fervour, shapes the laws governing our dystopian present. No wonder the country is in such a mess and that this madness has continued unabated.

At least nine asylum seekers a week are exposed for masquerading as children. They are cared for by local councils and are often housed with foster families. Two sets of children suffer from this stupidity – real refugee children and vulnerable British children, of all races and religions. The latter miss out on financial and social aid desperately needed to attend school and university because councils are instead supporting these migrant ‘children’. And if anyone should question this they are branded ‘racist’ by self-important apparatchiks, as were the parents who asked why a grown man was sitting in the same classroom as their daughters at Stoke High School.

One of the students even told her maths teacher that Siavash was aggressively messaging her and she was concerned because ‘he seemed so old’. This teacher dismissed these predatory advances on a teenage girl as nothing to worry about. Were the maths teacher, and the executive principal, Caroline Wilson, fulfilling their duty of care towards their students? Why was it left to the parents to expose this travesty? And why are Wilson and the school governors so silent? They owe the parents an apology. Their obeisance to political correctness risked children’s safety. The Home Office is also not admitting culpability. And despite being responsible for education in the county, Suffolk Council is preposterously claiming it had ‘zero involvement’ in this case.

Compassion for refugees has become so inverted and misdirected that vulnerable refugee children are denied vital help and British children are made unsafe in their own schools. Silence is complicity. That none of the authorities involved in this dismal failure of policy admits responsibility means it will be an impossible task to find who is accountable. The government will continue to ignore the pattern of migrant men posing as refugee boys for fear of being accused of racism. This shameful and ongoing acquiescence to harmful deceit can only be described as lunacy.