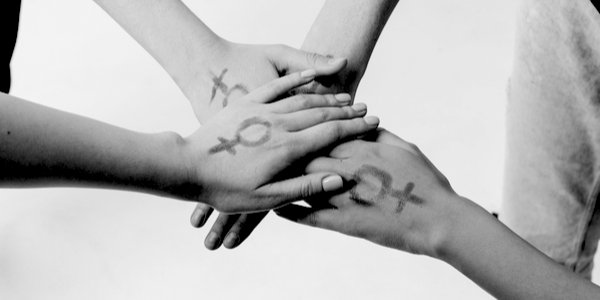 I NEVER understand why people, men or women, on the Right call themselves feminist. If you broadly support the free market, if you think that capitalism is one of the greatest causes for good, you can’t be a feminist because feminism is just warmed-up socialism.

If you don’t believe me, ask an actual socialist and feminist, namely Ellie Mae O’Hagan at the Guardian, who admits, ‘Feminism without socialism will never cure our unequal society.’ I thank her for her honesty.

Do you understand now, Daily Telegraph, how crazy it is for you to be running the infantile Women Mean Business campaign (an unbelievably patronising title, but that’s by the by) that saw you celebrating the fact that businesses will now face even more government interference? It’s madness.

Write this down: for the feminist utopia of gender parity to come true necessitates massive and yet unforeseen interference in business, the academy and the market as a whole because State interference is necessary to make this a reality. This is why we have endless calls for quotas, more women on company boards, positive discrimination in the academy etc, etc, to make this feminist dream come true. All of this is contrary to a free market.

The market works on merit, and feminism isn’t interested in merit. Feminism is interested in ‘diversity’, which is code for getting women more privileges whether they have earned them or not.

Equally bonkers is when people on the Right celebrate the Soviet-in-origin International Wimmin’s Day.

Ellie Mae explains: ‘Among the hashtags and vacuous corporate slogans that now flood International Women’s Day, it’s easy to forget that it was first celebrated 110 years ago by the Socialist Party of America to honour the New York garment workers’ strike which had been held by female workers a year earlier. Eight years after the first International Women’s Day, female revolutionaries in Russia effectively overthrew the Tsar with a series of protests and strikes, which also won them the right to vote. It’s not novel to tie socialism and feminism together: they are inextricably linked as movements, and always have been.’

Do you get that? The Russian revolution that ushered in the Soviet State began with International Women’s Day. And no, ‘things haven’t changed since’.

Ellie Mae again: ‘When debating the allegations against men like Harvey Weinstein and Philip Green, there was acknowledgment that women often tolerate sexual assault and harassment because of the immense power wielded by the men who mete it out. But there was little discussion around the obvious economic measures that might make it easier for women to leave these kinds of workplaces (where there is harassment), or take action against their bosses: measures such as a robust welfare state, stronger trade unions, universal free childcare, better pay and secure affordable housing.

‘If this sounds like socialism, it’s because it is. Only by diminishing the power of the boss class, and giving female workers more access to collectively owned social goods, can we ensure that no woman is forced to choose between sexual and economic exploitation, and poverty.

‘Inessa Armand, the Bolshevik revolutionary who was responsible for allowing Soviet women to divorce, have abortions, participate in politics and access childcare, knew that only fundamental change to the economic system could make life better for women. “If women’s liberation is unthinkable without communism, then communism is unthinkable without women’s liberation,” she argued.’

I could go on. I don’t think I can make it any clearer: feminism is not some kind of fashion statement, it’s not a T-shirt to up your fan base. It is a political subset of socialism that seeks to attack the free market and the family to bring about the ‘utopia’ of gender parity.

Women of the world, unite – you have nothing to lose but your freedom, your family, your capitalist market and your liberal democracy.