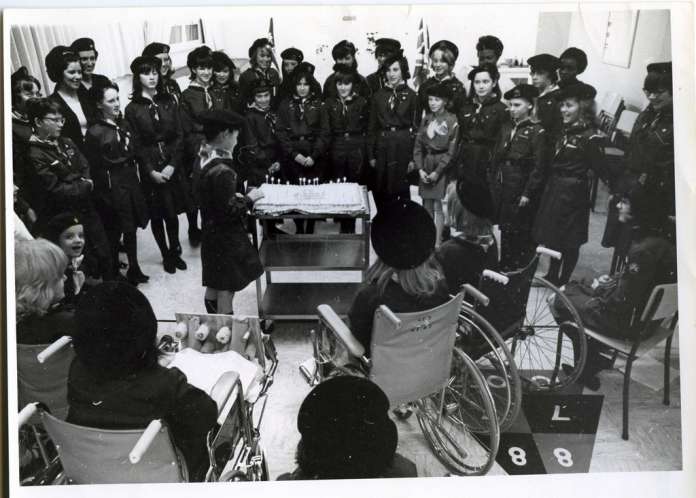 Well we can breathe again.  The decision’s been taken after weeks of anticipation and build up.  What suspense!

Woman’s Hour wonder wimmin’s panel finally revealed this year’s wonder women – sorry – no power list – urr no, no – they were called ‘game changers’ this year.   The tweeting of excitement still has not stopped.

The big day was last Wednesday.  Jeni Murray and Jane Garvey took to the BBC Radio Theatre in Broadcasting House to make their seminal announcement.  The countdown for the women who ‘change the way power operates’ (really?) had begun.

Who could they possibly find to fit this bill? The panel of Rachel Johnson, Emma Barnett from The Telegraph, Heather Rabbatts, (who seems to do and be on everything) and Reni Eddo–Lodge, a writer at the Feminist Times (yes the Feminist Times – it does exist)  had been hard at it  for weeks.

And they’d set themselves a task.  Who was eligible?   Well according to Emma Barnett (never minding a charge of ageism) no woman over 50.

Let’s face it you can only be a game changer if you’re still young and not had your id (or ego?) yet modified by that conforming super ego.

And no, they could not possibly choose finalists who’d become  part of the establishment, eliminating all MPs, peeresses and most woman of  notable success from the start.

Oh dear, I worried, they were setting themselves a tricky task.  But as they said, it is just too easy to be  ‘lazy about who you think of as a powerful, influential woman who has had an impact on our lives’.  Indeed.

Yes, it was unsung heroes (didn’t they mean heroines?) they were seeking: ‘somebody whose commitment and endeavour over a number of years has shifted debate, science and the way people behave…”.  But not if they are over 50.

Passing over that,  they conferred further.  What really matters, they all agreed, is they just must not be too close to any sources of power, only to the community around them. And what they must have is ‘the resource of resilience’.

Well that’s all right then I thought – that really does open up the field.  Stay at home mothers, dogged in face of endless government childcare bribes and tax penalties, must now count as candidates. Yippee!

Oh dear.  I got too carried away. Earnest voices wafted from the radio. What they really wanted they finally concluded was women who were, “eye popping, radical and controversial”.  SAHMs I feared would not fit their bill after all.

No, their winners must prove to be, “an accurate reflection of women who have broken the mould in many different sectors of industries so that women who follow them have the opportunities for them redrawn by what that woman has done”.

Yes, that in a nutshell is how Rachel Johnson put it.  Her co-panelists agreed.

So it was with baited breath that I waited last Wednesday to hear who the wonder wimmin’s favourite wimmin would be.

In first place…..who else but…. Lady Doreen Lawrence,  now rather powerful, close to the media and, I am afraid, as a peeress most definitely part of the establishment and ur, not so very young.

What a disappointment… But no.. wait.  Behind the first tranche of the predictable and worthy came the eye popping ones. Yes two yet to be tamed radical feminists had been tracked down – the ultimate game changers,  Julie Bentley and Laura Bates.

Who more apt for the prize than Julie who has single handedly turned girl guiding into a feminist forum and Laura who spends her days adding to her already 10,000 plus women’s daily experiences of gender inequality?

After all without our Julie, girl guides, heaven forfend, might still be lighting campfires and learning to tie reef knots.

Now they have that far more inspiring task to get on with – that of being true to themselves (forget God, the Queen and country) by winning their BeBodyConfident badges.

Well, I thought, it gives a whole new meaning to their motto ‘be prepared’.  The panel had been prepared and lived up to all expectations.