Feminist commuters do the headless chicken 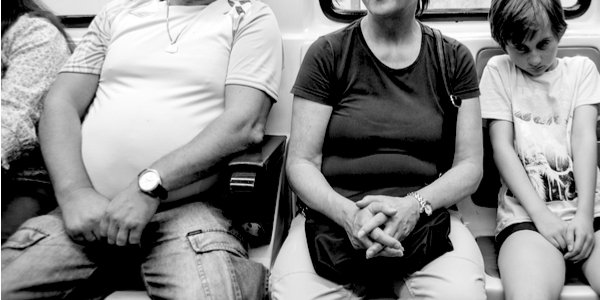 THERE are women out there who spend their commute ‘colliding with men’. This act of bravery even has a name: Patriarchy Chicken.

Yes, the very same women who would probably shout at a man who dared hold a door open for her and say ‘after you’ now complain that when commuting, ‘if you are a woman, you find yourself constantly dodging. Side-stepping men who are walking in your direction; being wiped out by a wheelie suitcase dragged by a be-suited man; moving to the side to let faster men move past you; or just pausing to let men bustle in front of you on to the train, or into the lift, or on to the escalator, and on with their busy lives, to their important jobs’.

Is that so? Well, it wasn’t so long ago that the convention was ‘ladies first’ and men moved out of the way for women, probably because women are physically the weaker sex but then the feminists came along and said we can’t have that, men and women are exactly the same.

Now the feminists might retort, No, it wasn’t the case of ladies first on the commute to work, because women were not working in the numbers they are now. And I would say, Yes, that was the case for middle-class women, but not for the working class. They had a great time with the kids in factories. Anyway, I digress again. Perhaps there were fewer women around in the 50s to make the claim of ladies first: that rule applied only on sinking ships to decide who got on the lifeboats.

The New Statesman writer explains: ‘The point of Patriarchy Chicken is not just that you get where you’re going marginally faster (although you do) or that you irritate a number of men (which you also do). The point is that men have been socialised, for their entire lives, to take up space.’

Yes, it is irritating that the opposite sex have a right to exist and need some space to live. If only there were a way to fix that. Our feminist warrior continues: ‘Men who would never express these thoughts out loud have nevertheless been brought up to believe that their right to occupy space takes precedence over anyone else’s right to be there. They spread their legs on tubes and trains, they bellow across coffee shops and guffaw in pubs, and they never, ever give way.’ No stereotypes there. Well, men spread their legs for a very specific reason, and I sense, just guessing now, the feminists would rather like to do something about that also.

Women, on the other hand, ‘have not been socialised to take up space. Women have been socialised to give way, to alleviate, to conciliate, and to step to the side’. Indeed, this is why there are more women at university etc, etc. They spend all their time ‘stepping aside’.

As I said, this is quite a turn of events. The convention once was for men to let the ladies go before them: ‘Ladies first’. Then it all changed and it was every man, woman and child for themselves. No doubt any return to the ‘ladies first’ convention would be met with derision, and anyway the busy feminists have a busy commute ahead of them, staring down men and refusing to get out of anyone’s way.

This, by the way, has not really been my experience. Granted I am spared the odious London commute but when I had the kids with me, when they were smaller and I had a pram, men used to stop their busy lives for me all the time and help me down the stairs with the pram. Women sometimes offered, but it was usually a man.

I guess if you really want to think badly of the opposite sex, you start to see the world that way. Which is sad, really.

Share
Facebook
Twitter
WhatsApp
Email
Previous articleProject Truth: How the EU has dragged us down
Next articleCall the midwife, and tell her to drop the abortion agenda