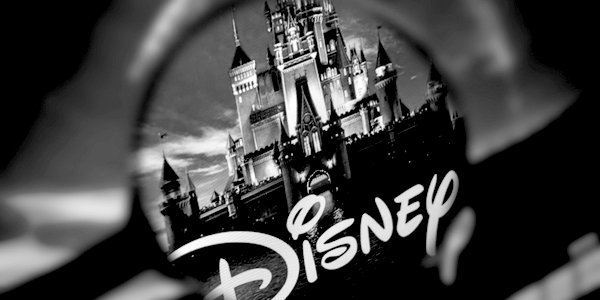 I HAVE a confession to make. I used to be a feminist. Of the fourth-wave variety. I have the Doc Martens to prove it. But as the women’s movement became more about what they are against and less about what they are for, I walked away, glad to say goodbye. The straw that really broke the camel’s back for me was the attack on – Disney. Yes, you read that right. The thing that irked me the most about contemporary feminism was its tirade against the company that has a walking, talking mouse as its logo.

It all started in late 2017 when a mother from Northumberland wanted to remove copies of ‘Sleeping Beauty’ from her son’s primary school after he brought the book home. She felt that the part where the prince kisses the heroine sent the wrong message about sexual behaviour (even though he does do it to wake her from her cursed slumber). She argued that the fairy tale ignored the necessity of consent to the point that it bordered on necrophilia and reinforced the stereotype of the damsel in distress being saved by the dashing prince.

A year later, actresses Keira Knightley and Kristen Bell criticised certain Disney films for their allegedly unfeminist and dangerous messages. Knightley, promoting her movie The Nutcracker and the Four Realms (surprisingly, a Disney film), said that she didn’t allow her daughter Edie, then three, to watch Cinderella because the title character just sits around waiting for a rich man to rescue her or The Little Mermaid because you should never give your voice up for a man.

These are admirable lessons, although from what I remember when I watched these films as a kid I never for one second thought that a rich man was going to sweep me off my feet, some random guy would kiss me as I slept or that I would have to take a vow of silence to get a boyfriend.

Bell, another Disney star (best known for voicing Anna in the Frozen films ), said that when she finished watching Snow White and the Seven Dwarfs she asked her two young daughters Lincoln and Delta if they thought it was strange that Snow White didn’t ask the witch why she had to eat the apple or that she took it to begin with. When they replied that they would never take food from a stranger, Bell stated that she was ‘doing something right’.

To be fair, this too is a necessary lesson. It was one, however, that I was taught without the use of Snow White.

Both Knightley and Bell are entitled to raise their children as they see fit. It’s their right as parents, though it’s tempting to dismiss it as cynical woke publicity-seeking.

In any event, it’s all too revealing of the first-world problems exhibited by fourth-wave feminists and they need to wise up. These are Disney adaptations of fairy tales that were written as far back as the 17th century where chivalry and paternalism were high ideals. In the 21st century, when many women and men have no right to vote, live in absolute poverty and are threatened with genital mutilation, acid attacks and honour killings, focusing outrage on Western children’s fantasy films is pathetic.

But today’s revisionist mentality demands we ban or erase anything or anyone that doesn’t stand up to purist scrutiny or that now, with the benefit of hindsight, comes across as racist, sexist or antiquated. If parents really want to use these films – and to spoil the joy of them – to teach their children about real life stranger danger, uninvited touching and female meekness, so be it.

But how about we acknowledge that for nearly one hundred years, the Walt Disney company has been a pioneer in both animation and film-making. It has brought joy, entertainment and wonder to children of all ages and their families; its movies and other media have instilled exemplary values such as good conquering evil, how friendship is important and why kindness is a strength, not a weakness.

How about feminists stick to celebrating how Disney has moved with the times when it comes to its Princesses. Yes, Cinderella, Ariel, Aurora and Snow White may have been passive and centred around ending up with Prince Charming. But they also showed the values of endurance, unselfishness and stoicism and, since the Disney renaissance in the Nineties, have portrayed the more feisty, independent and interesting type of female protagonist that has existed throughout British history, from Boudicca to Queen Elizabeth I through to the heroines of the Second World War.

We could all find an objection to everything and everyone if we really wanted to, and kill off any remnant of romance. And some people are doing their best to do just that. Turning children’s movies into an ideological vehicle for Western feminist culture of complaint is going to do absolutely nothing for female inequality where it really exists.