NewsPaperthe art of publishing
HomeNewsWhere were you feminists on World Hijab Day?
30

Where were you feminists on World Hijab Day? 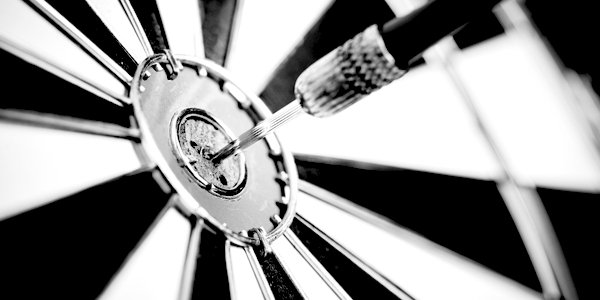 Those who believe that glamour in darts arrived only in the 1990s with the introduction of walk-on girls evidently never watched Indoor League, which in the mid-70s first broadcast competitive arrows into homes throughout the land. As revealed by photographic evidence, not only did the ITV show happily decorate the podium with a species known as ‘dolly birds’, it also provided eye candy for the ladies in the ample form of the host, retired cricketer Fred Trueman, a Yorkshire hunk complete with pipe and pint of best bitter. Broadcast either at lunchtime or early evening, each week this slice of beefcake gruffly signed off with his trademark ‘Ah’ll sithee’ – a masterful command to join him next time, dutifully obeyed by many a 70s housewife quivering at the thought of Fiery Fred scoring a bullseye.

We can now see this as an egregious example of testosterone, tobacco and ale being packaged for the benefit of a swooning female audience. But incredible though it now seems, at the time there was no public outcry that all men were belittled by the cynical exploitation of Freddie’s seething masculinity. That earlier insouciance obviously is in stark contrast to events of the past week, during which professed feminists publicly gloated after the Professional Darts Corporation (PDC) capitulated to increased pressure and dispensed with the ‘outdated’ walk-on girls.

Feminist glee was best exemplified on ITV’s This Morning, when walk-on models Daniella Allfree and Charlotte Wood, who evidently relished their job and had taken obvious pride in representing darts and its sponsors, found themselves patronised by the haughty Sally Howard, a writer of ‘gendered investigative articles’ seemingly recruited straight from Central Casting. Howard derided the walk-on as a ‘decorative role making money for men’ – the models’ agency is in fact managed by a woman who is herself one of the original walk-on girls – and, on the question of personal choice, continued her pimping theme by making a nonsensical comparison with ‘sex work’.

In the same week that the attractive young women who willingly acted as darts walk-ons and Formula 1 grid girls had that choice taken from them because, to quote Sally Howard, their roles were ‘demeaning broadly to women’, there was the grim irony of February 1 being a liberal celebration of World Hijab Day, which passed with not a squeak of protest from the feminist lobby. On the contrary, at a time when women in the Middle East who discard the mandatory headscarf are doing so at great personal risk, Scottish politicians were simultaneously adding individual messages to the slogan ‘I support #WorldHijabDay because . . .’

Most contributors relied upon some variation of the fallacious mantra ‘It’s a woman’s right to choose’. Nationalist MSP John Mason did go further, declaring that ‘[The hijab’s] aim is to encourage modesty and self-control: good values!’ – a view which, for a Left-wing politician, seems wildly judgemental. In what purported to be solidarity with their Islamic sisters, some Holyrood women even donned the hijab, including Conservative – that’s Conservative – MSP Annie Wells, pictured fully swathed and brandishing her hand-written message ‘Everyone has a choice’. Except that in much of the Islamic world, women patently do not.

Thank you very much for showing support to #WorldHijabDay @AnnieWellsMSP. We really, REALLY appreciate it. You look beautiful in #Hijab. #StrongInHijab pic.twitter.com/BKNZtuHN6Q

We are of course accustomed to pusillanimous politicians, otherwise in thrall to feminist ideology, giving Islam a free pass. But while women in Tehran are being arrested for casting off their obligatory head-coverings, such trite gestures celebrating the hijab are contemptible.

So for Annie Wells and other Holyrood women who are frightened to confront Islamic oppression but wish to indulge in some comradely dressing-up, here is an alternative suggestion: try posing in vertiginous heels, mini-dress and sash that declares ‘Every walk-on girl should have the choice’. I’m sure the late Fred Trueman would have approved.

Share
Facebook
Twitter
WhatsApp
Email
Previous articleWake up, sisterhood – the last thing battered women need is a trans in the refuge
Next articleYou’ve done it now, Mogg. The BBC will be out for your blood