NewsPaperthe art of publishing
HomeCOVID-19Fight the Pandemic Treaty, this treason against Western civilisation
196

Fight the Pandemic Treaty, this treason against Western civilisation

CASUAL observers of traditional British television and print media outlets might be forgiven for thinking that the only things that have mattered to the British public in recent months were who was eating cake in Downing Street at the wrong time two years ago, and who attended a curry bash in Durham slightly later than that.

True, there is also the war in Ukraine. But, at least so far, that has been confined largely to a faraway country between people of whom most us would appear to know nothing, to paraphrase one of Neville Chamberlain’s more notorious sayings.

Between them however, either inadvertently or by design, they’ve served as perfect distractions for what threatens to be the greatest act of treason against Western civilisation in living memory.

I refer to the proposed World Pandemic Treaty, the spadework for which will be set in motion at the World Health Assembly in Geneva that starts on May 22. Technically, it is not even a new treaty, but an amendment to an existing one. So President Biden won’t have the inconvenience of having it submitted to Congress for ratification.

Remember our frustrations and fury as we lived through the Government’s abdication of power to the unelected mandarins and boffins of the scientific advisory body SAGE for some 18 months or more until Boris Johnson finally decided to break free of their shackles last December when the first leaks of the so-called PartyGate affair began filtering into the public domain?

There was month after month of government press conferences where all sorts of ridiculous restrictions were imposed without so much as a debate in Parliament or any input from the Parliamentary Opposition, other than endless calls for even stricter and longer lockdowns.

Power was handed over to SAGE’s collection of behavioural psychologists and control freaks, some of whom were openly Marxist supporters of communist China, and with scarcely a real virologist amongst them.

As for our laughingly described ‘free press’, its role was to act as outright agents of propaganda, again demanding more and more restrictions and creating hysteria over the consequences of those restrictions not being imposed or extended.

Well, if the World Pandemic Treaty goes ahead, and Boris Johnson has already spoken approvingly in public about it, then look forward to an international version of SAGE running our lives.

The World Health Organisation, the folks who covered up for China when Peking was insisting there was no evidence of human to human transmission of Covid, the folks who shut down any debate over any connection between a laboratory in Wuhan and Covid for more than a year, will be tasked with implementing the treaty and governments failing to take heed of its diktats would potentially face ruinous sanctions.

The WHO would be internationally established as the authority on what all nations will do regarding health care standards, responses to ‘pandemics’, and treatments of all diseases/illnesses in a dystopian one-size-fits-all approach to health and health care.

The measures endured in Britain these last two years have been bad enough, but in many parts of the world they have been far worse.

Places such as the state of Victoria, Australia, which endured some 200 days of lockdowns, where residents were largely restricted to only leaving their homes once a day and not going more than three miles or so from their doorsteps.

Even worse is the current spectacle in Shanghai, where some 25million people are confined to their homes, sealed into them in fact, and those unfortunate enough to catch the latest mild version of Covid, or to just be the neighbour of someone who has, face being taken arbitrarily off to detention centres where they are forced to stay for two-week periods.

Have no doubt that these Pandemic Treaty amendments risk handing over our liberties and way of life to officials who think just like those Chinese communists in Shanghai do.

We’ve already heard SAGE members such as Susan Michie speak approvingly of China, as indeed have Western political leaders such as Justin Trudeau, the Premier of Canada.

Powers to enforce unjustified lockdowns, vaccine mandates, travel restrictions and compulsory treatments will be vested in an international institution that is already seriously compromised and discredited.

Don’t look to any other politician to resist on our behalf either. A revealing and disturbing video recently emerged of Jeremy Hunt, a potential successor to Boris Johnson, being interviewed in 2020 where he speaks approvingly, indeed almost gushingly so, of his sister being met in China by officials in white high-vis protective gear and escorted off to a hotel room where the door was sealed for two weeks before she was let out again.

As for Keir Starmer, we need only witness what Mark Drakeford has done as First Minister in Wales. These politicians are so detached from the rest of us that they may as well come from a different planet.

If the revised treaty is approved, who is to say that it will not be the cue for further amendments later? Lockdowns need not be confined to dealing with viruses. The apparatus would conveniently already be in place to do likewise with tackling ‘climate change’.

If that should happen, then say goodbye to car ownership, international travel and other ways of getting from A to B as affordably and conveniently as possible.

These proposed treaty amendments are the road to madness, effectively handing over our societies to communist China. For who can doubt from the WHO’s recent record that that is where its members take their orders from, via the back door?

Hundreds of years of building up our liberties, the rule of law and our democratic way of life face the prospect of being signed away in an afternoon in Geneva without the slightest input or even hint of a meaningful public debate.

Please do your bit to try to avert this catastrophe by signing this petition to Parliament, calling for a referendum before Britain takes any action on the World Pandemic Treaty

This article first appeared in Substack and is reproduced by kind permission.

Share
Facebook
Twitter
WhatsApp
Email
Previous articleRevealed: There’s no evidence of a climate crisis in the UK
Next articleWe’re fighting a ruinous proxy war – but for which ‘sort’ of Ukrainians? 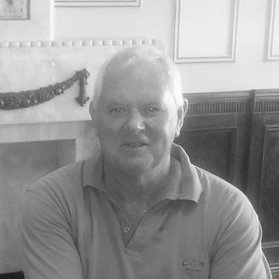