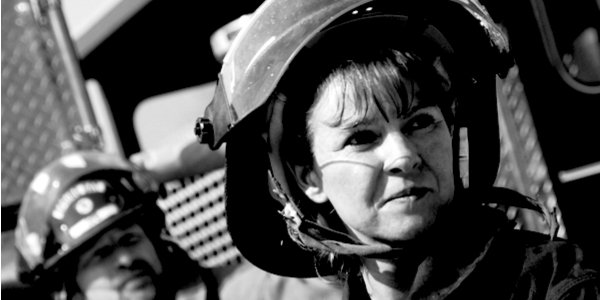 The first female head of the London Fire Brigade has claimed that ‘sexist’ portrayals of muscle-bound firemen are putting women off joining the service. Dany Cotton blames stereotypical images of firefighters as sex objects for the fact that many women still consider it ‘a man’s job’.

She said: ‘When popular shows like Love Island roll out every offensive cliche possible with their so-called “fireman challenge”, it reinforces the misconception that all firefighters are musclebound men. No wonder so many young women are put off by that.’

The brigade backs proposals by the Advertising Standards Authority to ban ‘sexist’ adverts.

Judging by the many current examples of advertisements ticking the multicultural, ‘gender’ and sexual diversity boxes, we may now look forward to seeing ads for firefighters featuring small and scrawny firemen and tall and brawny firewomen; admittedly, there might be a problem casting real individuals in these roles, but that might be solved – and in a diversity-conscious way – by employing ‘trans men’ and ‘trans women’.

In her criticism of stereotypical images, Ms Cotton has simply replaced one stereotype with another, although her preoccupation with ‘equality’ in the fire service may end by failing to attract enough would-be firefighters, since the type of woman she is seeking does not exist in sufficient numbers in the population, and perfectly good male candidates will be deterred from applying.

Ms Cotton has been showered with awards for her contribution to emergency services – but mainly for being a woman. She was in charge at the time of the Grenfell Tower tragedy, but since she has also campaigned for Fireman Sam to be re-titled Firefighter Sam, clearly she richly deserves her award as one of the ‘100 women who changed the world’.

Unfortunately, she may succeed in changing the world for the worse.