Five go off to be fruit-pickers 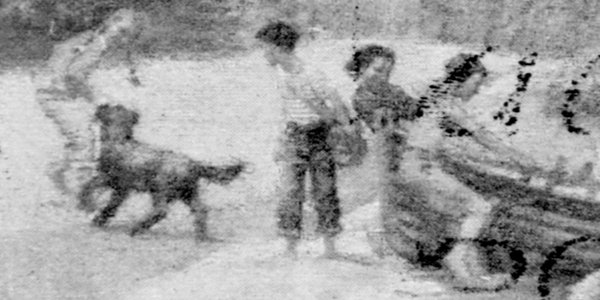 THE Famous Five had been sent home from boarding school because of the pandemic and were wondering what to do for the summer.

With the lockdown still in force, there was no chance of having one of their usual spiffing adventures – finding hidden treasure, catching criminals in secret tunnels, thwarting smugglers and generally being good eggs.

Then Julian, in his admirably sensible way, had an idea. ‘I say,’ he said. ‘I’ve been reading how there’s a shortage of fruit-pickers because of the coronavirus. We could all go fruit-picking. It would help with the pandemic crisis and we’d enjoy a paid holiday.’

‘That’s not a bad plan,’ said Uncle Quentin, absent-mindedly tamping his pipe. ‘Your Aunt Fanny and I used to go fruit-picking down at Furtleton’s Farm. Those were the days! We’d work 9am to 4pm with an hour’s lunch break. Every afternoon, Mrs Furtleton the farmer’s wife would serve up a delicious cream tea, with home-made scones, cakes, strawberries and lashings of ginger beer. And there was a cosy little whitewashed cottage to sleep in.’

‘That sounds wonderful!’ said Julian. George, Dick and Anne agreed, while George’s dog, Timmy, barked his approval and wagged his tail like billy-o. He liked the sound of all those cream teas!

Two days later, the Famous Five arrived at Furtleton’s Farm. To their dismay, they found it had been demolished and was now a vast complex of artifically-fertilised, soil-free polytunnels owned by the multi-national Grub-it-Up Global (GM Crops) Corporation plc.

And they were the only British workers there. Hundreds of other pickers had had to be flown in from Romania because Britons have been told over and over again again they don’t fancy seasonal work or working on farms.

There was another blow for the Five. The thatched cottage where they hoped to stay had been turned into an Airbnb and was being rented at a grossly inflated price to a well-heeled London family who wanted to self-isolate during the pandemic.

So Julian, George, Dick, Anne and Timmy had to sleep in an old milking shed that had been turned into a mixed dormitory. Instead of cream teas, the only food on offer was Romanian tripe soup, cabbage rolls, and beef tongue in olive stew. There were also lashings of thick, gritty coffee.

The worst thing was having to get up at 5am to work a 12-hour day with just a half-hour break. All for a below-the-minimum-wage rate on a zero-hours contract.

After a week, the Five met to review the situation. To their surprise, George, whose real name was Georgina, said: ‘Actually, I’m quite liking it here. A bit of hard work never hurt anyone. And Timmy loves it.’

‘Yes, said Julian. ‘But that’s because you’ve been promoted to gangmaster and you’ve got Timmy barking at anyone who’s slacking. You’ve broken all records for quick picking.’

‘It’d be different if the Romanians knew you weren’t a bloke,’ said Dick. ‘They wouldn’t take orders off a girl.’

‘But you know what that’ll mean?’ said George.

‘What?’ said Julian, stepping back as Timmy growled menacingly.

‘You’ll have to apply for Universal Credit,’ said George.

Julian scowled. Timmy barked. Anne began to cry. Would those sunny, carefree days before the lockdown, when the Famous Five enjoyed life, laughter and lashings of ginger beer together, ever return?