NewsPaperthe art of publishing
HomeNewsFive years on: Still asking all the right questions
27

Five years on: Still asking all the right questions 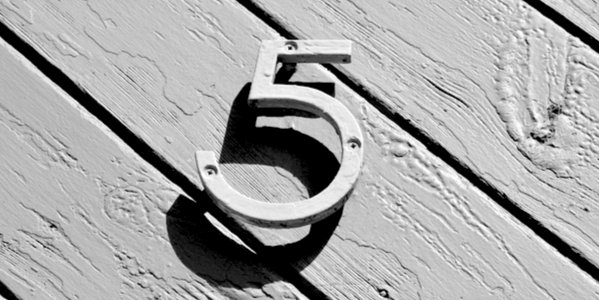 HAROLD Wilson coined the phrase ‘a week is a long time in politics’ when it appeared that Labour was faltering in bringing to an end 13 years of Conservative government during the 1964 General Election campaign. The expression’s longevity has surpassed its immediate function to soothe nerves due to its accuracy. If a week is a long time, five whole years stretches out like an aeon. And yet that is how long The Conservative Woman site has been running.

And the site has been effective in the last half-decade in enhancing British political debate. Its editors and contributors are regularly in demand for television and radio appearances – more than they can manage with TCW’s seven days a week and 52 weeks a year publication commitment (as well as family duties). Laura Perrins has been on speed-dial for the producers of numerous current affairs programmes, appearing on Question Time, Channel 4 News, The Daily Politics, The Moral Maze and Radio 4’s Any Questions? Some Conservative MPs have bravely written for the site. Its content is read abroad, notably in the USA and Australia, and is requested for republication by sympathetic sites overseas. Kathy and Laura have continued to write comment pieces on request for the Telegraph, the Daily Mail, iNews and the Guardian, while Kathy took part in last year’s Battle of Ideas.

It is all too easy for individuals to be crushed by the apparently irresistible march of progressivism with its philosophy that all values and ideas must be relative and thus all are challengeable to destruction. The Conservative Woman directly questions this, but also demonstrates that it is possible to do so without conforming to the hackneyed caricature of reactionary puritanism so casually deployed by the ignorant Left.

To say that UK politics has changed beyond all recognition in five years is an understatement. But as Wilson’s dictum indicates, this is always the case. Has it changed for the better? Five years is actually too short a time to tell. From the perspective of 1969, 1974 was awful, but it was only from the perspective of 1979 that this was validated. People, mainly socialists, do state that 1984 was terrible compared with 1979, but from the perspective of 1989, it was a giant step in the right direction of eliminating socialism from the wealth-creating section of the British economy. Socialists do not accept this, but then they do spend most of their time opposing the policies of Margaret Thatcher and Stanley Baldwin while the rest of the country has moved on. It is ironic that those promising change are actually quite backward-looking. They try to hoodwink the public that we need a return to their interpretation of Attlee-style policies, but this time without the explicit anti-communism and willing support for the United States of America. So what we have is the biggest threat to British life and freedom now running the Labour Party, which is now being led on Marxist-Leninist principles in all but name. We on this site do our part in facing up to this threat.

The Conservative Woman was set up also to reassure people that they were not alone in feeling that progressive values are increasingly destructive. It delivers a blow to the comfortable broadcast media consensus about the historic inevitability of a utopia of absolute equality, which is achievable through managed iconoclasm and the surgical dismantling of the institutions that unite us as a nation, apart from the BBC. It has raised its standard and has found support. It is unafraid to differ from the political party that shares its name.

The past five years have built a foundation of ideas and values on which it is possible to grow. Here’s to the next five years, and beyond.