NewsPaperthe art of publishing
HomeNewsFleabag, a surprising advert for conservatism
0

Fleabag, a surprising advert for conservatism 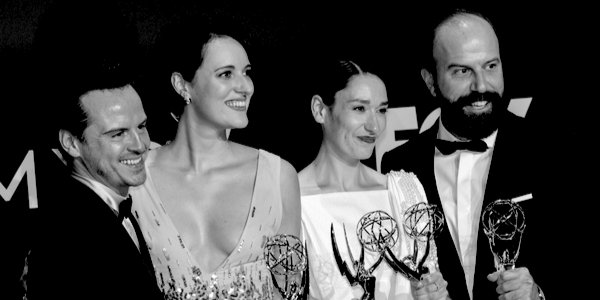 ON THE face of it, the BBC’s Fleabag is a show that should bring most conservatives to a state of near-apoplexy. Admittedly I am late to the party, having only watched the programme over the last few weeks, so I missed the discussion in these pages decrying the show’s debauchery.

For the uninitiated, Fleabag details the lifestyle of a young woman in twenty-first century London: a somewhat neurotic and unlikeable character whose sole aim is to punctuate her life with episodes of heavy drinking and as many bouts of casual sex as possible. To make matters worse, the protagonist runs a small, ironically-themed café, the truest sign of peak hipsterdom. So far, so bad.

It is indeed a vulgar tale. It has all the hallmarks of the modern, tedious comedy-cum-social commentary in its ‘no-holds-barred’, ‘realistic’ and – dare I say – ‘edgy’ approach. Surely this is, in large part, responsible for many of plaudits it has received from the usual suspects.

Yet while this subject matter is not pretty, it is not without its basis in reality. The fruits of female emancipation and the levelling of the sexes has caused society to celebrate the basest behaviour in women, whose highest goal it now is to ape the lowest instincts of men. The Tinderisation of sexual relations – enabled by the atomisation of city life and the hypersexualisation of society – has emotionally stunted a generation of young men and women, whose focus is diverted to life’s transitory pleasures.

Only by the acquisition of more stuff – new phones, new clothes, new partners –can we find fleeting moments of pleasure. The lack of depth of this new cultural narrative necessitates a perpetual cycle of the meaningless hedonism of the immediate present, with history and the values that underpinned the past sneered at as the residue of those unfortunate not to be alive today. This shallow, unanchored existence is all too accurately depicted in Fleabag and surely ranks among one of the greatest cultural challenges society faces.

Like others, when I began watching the show I was disheartened by the celebration of a woman wasting her life in pursuits that degrade the body and the spirit. Yet I persevered. As the show develops, the main protagonist’s deep unhappiness with the life she leads becomes increasingly clear. She is haunted by her betrayal of a friend in a moment’s lust. Slowly, the hollowness of her existence becomes a crushing weight. The fad diets, the new clothes, the fitness drives: they all lead down the same unfulfilling cul-de-sac of egoism.

Nevertheless, out of this darkness appears a glimmer of hope. It comes not from the feminist lectures or hippy-bullsh*t retreats that she sceptically attends and which have done so much to poison her view of the opposite sex. Instead, it comes from an entirely unexpected source. It is from this point in the show that – for those who have not already thrown in the towel – a quiet conservative message begins to assert itself.

At one of the many calamitous social events our main character attends, she is introduced to a Catholic priest she finds ‘fit’. Naturally, her old habits die hard. She attempts to seduce him. Crises of faith follow, not only for the priest. As genuine love develops between the pair, her eyes are opened: perhaps there is more to life than sharing your bed with more and more people.

Some have derided the seduction of the priest in the show. Yet what is faith without temptation and doubt? In many ways the protagonist and the priest have led analogous lives: it is revealed that he too led a life full of earthly pleasures. Subsequently, however, he chose a path dedicated to pursuing absolute truths and transcendent values. Having done so, he is clearly the happier of the pair.

Although the protagonist undergoes no lasting conversion to the Catholic church – the BBC is not quite ready for a plot twist as radical as that – seeds of doubt begin to germinate in her mind. The feeling that something is wrong has surely been there all along, but such doubts have been starved of oxygen and light under the asphyxiating pressure of modern society’s ’empowering’ embrace. In echoing these doubts, Fleabag reflects the concerns of millions up and down the country, horrified by the cultural nihilism that has been fed to younger generations by Leftist ideologues.

I understand those who dismissed Fleabag at first sight. No doubt we have suffered an overabundance of trying-too-hard comedies designed to ‘shock’. But this show is, in its own way, shocking. For decades young people have been assailed from every side to adopt a lifestyle whose depth is measured in nanometres.

In portraying modern life as experienced by an ’empowered’ woman as bereft of meaning and as spiritually destructive, Fleabag is a rare instance of a show with mainstream success that dared to say that the emperor has no clothes. A ‘celebration’ of the vacuous twentieth century ideals of womanhood à la Sex And The City it certainly is not. For this reason, if you can get past its sledgehammer-like approach to sexual relations, there is doubtless depth in the show.