NewsPaperthe art of publishing
HomeNewsFood rationing: back to the Fifties, but worse
203

Food rationing: back to the Fifties, but worse 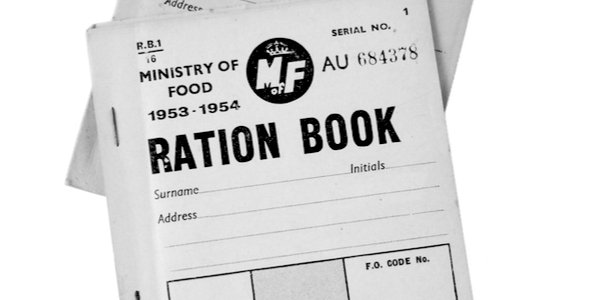 STROLLING along the high street a few days ago, I had a strange sense of foreboding. The atmosphere was pleasant: a sunny day on the Sussex coast, with the first tourists arriving, cafes and restaurants filled, and brisk trade at the ice-cream stall. The only lingering sign of Covid-19 was a few older people dutifully wearing blue masks.

Make hay while the sun shines, because a storm is coming. The majority of society, having spent the last two years in fear of a hyped coronavirus, seems blissfully unaware of a much more serious crisis. Everyone can see the rising prices at the petrol pump and on supermarket shelves, while receiving extortionate energy bills, but these are not transient spikes (which the government wants us to blame on Vladimir Putin). We are instead at the thin end of a wedge that will devastate homes, jobs and livelihoods.

As with the damaging Covid-19 regime, economic turmoil is happening at least partly by design. The Great Reset, as proposed by the World Economic Forum, will result in an end to private ownership of houses, cars and luxury goods. ‘You will own nothing, and you will be happy’ (note the ‘and’ rather than ‘but’). Many home-owners are too young to have experienced the historically high rates of interest on property, and are ill-prepared for a two or three per cent rise. They will almost certainly default on their mortgages if rates go into double figures. Whether they like it or not, people will be relieved of their debt, perhaps by a government scheme to bail out the inevitable domestic bankruptcies. You will own nothing, but somebody will.

With geopolitical black clouds on the horizon, shocking prices and shortages are imminent. Financial expert Martyn Lewis has warned of civil disorder as people struggle to heat and eat; riots and looting are already occurring in some parts of the world. I began ‘prepping’ recently, at a modest pantry level, but perishable items such as bread, milk, fresh meat and vegetables cannot readily be stored. We are all vulnerable to power shutdowns and supply limitations reminiscent of Soviet communism.

As the natives become restless, Boris Johnson will try to display Churchillian resolve. For some basic foodstuffs, rationing may be introduced. Unlike the ration books of the 1950s, this will be administered by QR code. As well as a means of forcing digital identification on citizens, food rationing will be a major component of a gradually expanding control of resources. As with Covid-19, this will be driven globally, with minor variations between countries.

Like the lockdown lovers in the Covid regime, many on the professional bureaucratic stratum will be quite content. They benefited from Covid restrictions, saving on travel costs and Pret a Manger lunches, and working from their sofas without the grind of the daily commute. They had space in their homes for an office suite, and gardens to enjoy. More significantly, the so-called intelligentsia showed approval for authoritarianism. You can bet that the wealthiest will be least affected by a food crisis, and they will largely support tightening regulation of the plebs.

A further concern is the possibility of discriminatory provision. For rationed goods, rewards may be given similar to a supermarket loyalty card, but based on social compliance rather than purchasing record. If the people of France, Italy and Australia can be barred from shops for refusing the Covid injections, they can just as easily be punished in a centrally controlled food distribution system. Please don’t think that it can’t happen here. The troubling video images from Shanghai, where the authorities have instituted a brutal lockdown as TCW reported yesterday, show how little people can do when they are under the totalitarian boot. Resistance driven by hunger is resistance that is physically weak.

Inflation bubbles always burst eventually, but who and what will be left?