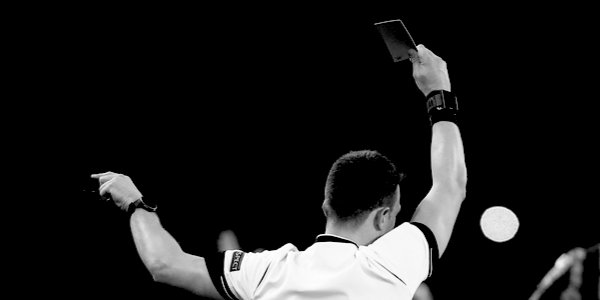 LIVERPOOL fans again. Victims at Hillsborough and alleged culprits of the Heysel stampede, they were in trouble at the Champions League final in Paris last week. Riot police fired tear gas at supporters, claiming that many had arrived with fake tickets (disorder was actually caused by rampaging North African youths from the nearby banlieue). Innocent adults and children were caught in the melee. This police brutality was probably influenced by England supporters breaking into Wembley for the Euros final last summer, but Merseyside police officers deployed in Paris stated that ‘the vast majority of fans behaved in an exemplary manner, arriving at turnstiles and queueing as directed’.

After a spate of incidents at the end of the season, there is renewed focus on football fans’ behaviour, with MPs calling for stricter controls. Perhaps this exuberance was a release after two years of the Covid-19 regime. Tense play-off matches for promotion led to pitch invasions at Port Vale and Nottingham Forest. After Everton avoided relegation, a goading fan was kicked by Crystal Palace manager Patrick Vieira. When Manchester City supporters rushed on to the field after winning the league, the Aston Villa goalkeeper was struck. Riot police were summoned to Bristol Rovers to quell encroaching supporters who caused suspension of play.

For the football fanatic, supporting the team is more communal worship than entertainment. Faith is beyond government control, despite attempts to regulate it.

Football supporters were among the first groups in society to show their frustration with the Covid constraints. Celebrating Rangers fans defied the puritanical SNP Covid rules by congregating in their thousands in Glasgow’s George Square. Aberdeen supporters chanted ‘you can stick your boosters up your arse’, and Carlisle United dropped their ground capacity to 9,999 to avoid a vaccine passport requirement. Supporters have also tired of ‘woke’ messaging at matches. When footballers began to ‘take the knee’ for the Black Lives Matter campaign, predominantly white working-class Millwall supporters jeered loudly. Such resistance was cast as degeneracy in the mainstream media.

Modern football has been sanitised. New stadia have replaced the ramshackle shrines of late Victorian origin. At Middlesbrough, Leicester and Derby, visiting supporters are afforded a small segment above a corner flag. The authorities would prefer fans not to travel. This is partly due to the challenges of stewarding and policing, not only in the ground but also herding to and from the railway station. But there is also the contrived climate crisis agenda. Space for visiting supporters will gradually be curtailed, so that British football resembles American sport where there is no tradition of following teams to distant cities.

False flags may be used by the establishment to justify restrictions. In the 1980s, when football hooliganism was rife, an identity card system was proposed by Margaret Thatcher’s government. The public was shocked by scenes at Luton Town, where thousands of Millwall fans poured on to the pitch and attacked police officers. Why did this mundane league cup match on a Tuesday evening attract so many visitors: was it riot by design? Soon after, Luton introduced a trial identity scheme. However, most clubs were unwilling to impose this, and so further justification was needed for this draconian curtailment of a great British pastime.

A year before the 1989 Hillsborough disaster when Liverpool played Nottingham Forest in an FA Cup semi-final, the same teams played in a Cup semi at the same venue (Sheffield’s Wednesday’s large ground, like Aston Villa’s, was a regular neutral hosting). Adrian Tempany, author of And the Sun Shines Now, attended both matches, and he foresaw disaster a year before it happened. Conditions on the Leppings Lane terrace were so bad in 1988 that many supporters saw little of the game. Watch the televised highlights on YouTube and you will see the extreme overcrowding.

Tempany explained that Liverpool supporters were directed by signs to two fenced pens behind the goal, while the sections nearer the corner flags were unfilled. A serious incident could have occurred in 1988, but a year later, South Yorkshire Police made sure of it. With Liverpool supporters arriving en masse, a decision was made to open the gates. In the resulting surge, dozens of supporters lost their footing and were asphyxiated in the crush, trapped by the perimeter fencing (a safety requirement at all grounds). Drunk and ticketless fans were blamed for the tragic loss of 97 lives, but the real cause was confirmed in court after 20 years of official denial: disastrous policing. Even with fans dying below, a commander in the police box overlooking the crowd called for dogs rather than ambulances.

Was Hillsborough intentional? I am not suggesting that police wanted anyone to die, but it is possible that a serious incident was facilitated to gain public acceptance for identity cards. If so, the ploy backfired. Tremendous sympathy was aroused for the dead, bereaved and traumatised. To this day Merseysiders boycott the Sun newspaper for peddling lies about law-abiding citizens who were simply supporting their team.

The fences were dismantled, and football grounds were modernised from crumbling concrete terracing to all-seating stadia. However, many feel that the atmosphere has been sterilised. Supporters are bombarded with messages about stamping out hate, and high ticket prices have banished the poor. So gentrified has football become that Arsenal’s impressive stadium is known as ‘The Library’.  More than a thousand Millwall fans have been banned from The Den, and a Chelsea supporter tells me of several regulars who had their season tickets cancelled merely for standing up during play. We are in danger of losing a key element of our culture.

There is nothing like the excitement of a football ground as kick-off approaches, with singing and chanting from both sets of devotees. Liverpool manager Bill Shankly famously said: ‘Football is not a matter of life and death. It’s much more important than that.’

Indeed, football fanatics rise to a higher plane of consciousness than the earthly affairs of politics and ensuing petty rules and regulations. Their game may be targeted by the Great Reset, which would complete the transformation of football from an expression of local identity to a lucrative global theatre. But the powers-that-be fail to understand the spiritual energy of true supporters.