NewsPaperthe art of publishing
HomeNewsFor one night only, a return to the England we’ve lost
32

For one night only, a return to the England we’ve lost 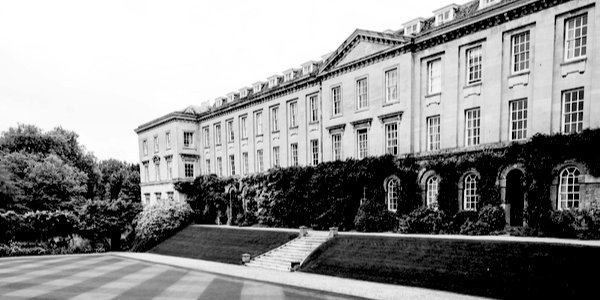 I AM reluctant to visit my old cultural haunts these days: I don’t bother any more with the RSC, the Globe or the National Theatre. Like the BBC, they don’t seem to want me, a middle-aged white person, in the audience and I don’t want to pay to be annoyed or depressed. But I found a residue of the delightful past this week, visiting a student production of Love’s Labour’s Lost in Oxford.

I nearly didn’t go. This early comedy by Shakespeare isn’t my favourite; I can hardly make head or tail of it, but it was a warm night and the setting for this production was the Provost’s garden in Worcester College.

You walk through a winding wisteria-clad medieval quadrangle via a small, Alice in Wonderland-style doorway into twenty-six acres of trees and landscape, with shrubberies planted in the Regency era, lush banana plants and burgeoning roses.

The play was performed against the classical façade of the Provost’s house, with its symmetrical winding staircases. The Provost, Shakespeare scholar and author Sir Jonathan Bate, gave us an erudite fifteen minutes about the play. He was wearing a bow tie with brightly coloured geometric designs which I admired. ‘I bought it in the Guggenheim in Venice,’ he told me. In the shade of a vast copper beech, we chatted a bit about that collection and it seemed quite ordinary, as if everyone shares the same canon of interest and knowledge. I was suddenly transported, 40 years too late, to university the way I imagined it would be, where people swan about in a beautiful environment all sharing, or aspiring to share, the same appreciation of high culture, with no doubts about what that culture is or who it belongs to.

Cosmic Arts, an Oxford-based student group which included the Provost’s fourteen-year-old son, were natural, joyful and talented. One actor was black, one girl played a male character part, but the production didn’t try to interfere with the text to make it more ‘inclusive’ or ‘relevant’. We got the Bard as he wrote, in an environment close to one he would almost have recognised.

I visit RSC productions these days only to see more obscure plays, such as The Provoked Wife by Sir John Vanbrugh (from a time when Englishmen could be both brilliant playwrights and architects) as directors seem to leave them alone and employ experienced actors and actresses who speak their lines with understanding. Main-stage Shakespeare now gets the full impact of political correctness, and perceptions of ‘inclusivity’ and ‘accessibility’ count for more than talent or skill in using Shakespeare’s lines. There is usually also the tiresome swapping of sexes so that women play men’s roles, still dressed as women. I haven’t yet recovered from seeing a small Asian girl in stilettos trying to play the Duke of Lancaster. For some reason in most modern dress productions, females, even playing war-horse English Dukes, are always dressed like tarts.

During this performance at Worcester College I did feel vaguely guilty, as I also did recently watching the Royal Ballet’s Romeo and Juliet. Could this be justified: a mainly white audience watching a mainly white cast perform a pre-industrial play by a white man? The cultural strife all around us has affected even me. But this time no attempt was being made to urbanise the production; there were no leather jackets, chains, nose-studs, tats, grime or rap music. Not much music at all, for once, only a light rendition of ’S Wonderful by the Gershwins, to enhance the 1920s setting.

There we all were, quite shameless with our Pimm’s and Prosecco, like people before the current ‘Kulture Kampf’ broke out. Were we not going to be struck down at any moment by an avenging angel in the likeness of David Lammy? No, nothing happened, not even a drop of summer rain. Sitting in the lovely garden, that struggle which began long ago in America over abortion, drugs, feminism, gay grievances, racism, and now transgender politics and multiculturalism, broken down into the vicious shards of interest politics, floated away across the lake.

But as usual I noted down a few choice phrases to help me in my role as Twitter warrior. Next time I see illiterate, vague but furious messages, usually from the young calling everyone they don’t like ‘fascists’, I shall reply, ‘I wot not what you are on about.’ If seriously annoyed I shall riposte: ‘Thou interruptest our merriment. Avaunt ye!’