Forcing jabs on soldiers is illegal and immoral 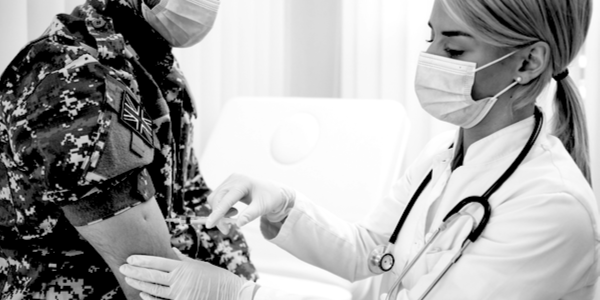 IT WAS reported last week that US Army soldiers may be forced to receive the Covid-19 vaccine as early as September.

A leaked directive revealed that ‘commands will be prepared to provide a back brief on service member vaccination status and way ahead for completion once the vaccine is mandated’.  A US Army spokesman said that the vaccine ‘continues to remain voluntary’ – for how long, he did not specify.

The leak prompted some unanswered questions about similar plans reported here. Official documents obtained by the Daily Mail in May revealed that the UK Army plans to compel troop vaccination by disciplining those who decline the jab. Orders to the Royal Artillery and Royal Electrical and Mechanical Engineers state: ‘Anyone who is refusing to have the CV-19 jab is to be educated by the CoC (Chain of Command) and any rumours quashed. If they still refuse they may be deemed as unfit to soldier and dealt with accordingly as the CV-19 jab may be a requirement to deploy on operations/exercises, much like yellow fever.’

The MoD’s response to the Mail story was: ‘We are committed to keeping our staff, their families and communities safe at home and overseas, and all our personnel are being vaccinated in line with national priority guidelines.’ In other words, it evaded the issue.

Enforced vaccination would be a gross abuse of authority by the chain of command. The Army, in common with other public and private sector bodies, unless terms and conditions of service laid down in their contracts of employment say so, cannot force soldiers to get vaccinated. It is thought that upwards of 20 per cent of NHS staff have refused vaccination on these grounds.

New employees may be coerced by issuing different contracts, of course, but forced vaccinations, or any vaccination that is inflicted without informed consent, contravenes a considerable body of national and international law, see here and here. And what about those who for medical reasons could not be vaccinated?

It seems as if the Army is seeking to circumvent legal obligations by using administrative methods, or misusing the Armed Forces Act under which being ‘unfit to soldier’ is an offence – in this case an offence concocted in order to force vaccinations. Such moves that threaten anyone’s military career would certainly, according to informed legal advice, amount to bullying, both by individuals within the chain of command and institutionally, and would result in expensive legal proceedings. Expensive, that is, to the bullies.

As to discipline, under what section of the AF Act would that be? Any soldier being so disciplined should refuse summary dealing and demand a court martial. The hierarchy might also of course try administrative measures and discharge people who refuse on spurious grounds. That could be challenged as breach of contract and/or abuse of authority.

But why, may one ask, should military personnel be picked on in this way? Wearing uniform and serving one’s country does not mean that one has fewer legal rights than civilians. Or does it? What price then the Military Covenant?