Four little words that reveal all about you 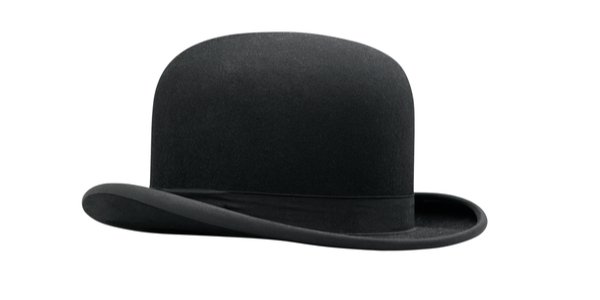 A LADY at my local cathedral seemed very friendly. I was quite flattered, she being so pukka and, as my mother would have put it, ‘top drawer’, until she asked if I would consider becoming a carer for her demented husband. With lightning speed she’d assessed me as someone who might be useful to clean, nanny or black-lead the grate.

In his 1848 work The Book of Snobs, the same year he wrote Vanity Fair, Thackeray examined every form of English class distinction; snobs literary, clerical, club joining, county, university and marrying. He’d met toff Tory snobs on the look-out for cheap labour, but probably not the Guardian variety who are charming until you say you’re not voting Labour which freezes them as if you’d said you prefer Aldi to Waitrose.

According to researchers at Yale University, caste can be determined within just seven words. In England of course it now takes only four: ‘I voted for Brexit.’ The Yale scientists asked nearly 300 employers to listen to recordings of people applying for a managerial post at the university. They had to assess their professional qualities and class without reading their CV. Those first seven words told them all they needed to know about the candidate’s class, which later influenced decisions to hire and how much to pay them. None of that is news to us in England, where class has never been based solely on money but myriad intangibles, including your first name. There won’t be many Kylies, Parkers, Pipers, Tylers or Tracys among the top salaries in Britain. According to Yale, the average starting salary of those judged to be higher class started at around £45,260 compared with roughly £44,680 for those judged to be from a lower class. Joining a national newspaper in the 1980s, the idea was that your salary should be at least the equivalent of your age. I was exactly suited to my £28,000 which more than doubled over the next few years. My father was disgusted – he’d proudly never earned above £25,000 his whole life. He considered my earnings unseemly, smacking of a new culture of greed.

I heard about the caste system from reading brigadier’s daughter Jilly Cooper’s 1979 book, Class, which was all jolly good fun. Then I moved to London and found myself being scrutinised and usually dismissed every time I opened my mouth. ‘Most people only want to be with PLU,’ a slightly braying-voiced secretary explained to me, ‘That’s People Like Us.’ We had interests in common but she’d been educated at Benenden and I quickly realised I’d never be asked to dinner. She and her earliest friends had all been to the same schools and moved to London together. They had what I saw as menial jobs, fluttering their eyelashes over their typewriter bars, but I knew with sinking certainty that they were more likely to find eligible men than I. As Thackeray put it, ‘Marry down and society shall forsake thee, thy kinsman shall avoid thee as a criminal, thy uncles and aunts shall turn up their eyes and bemoan the sad manner in which young Tom or Harry has thrown himself away.’ The men in the office were like Greek gods to me, lordly, self-assured and all privately educated. When one of them did ask me out I was so uncomfortable that I was glad to be posted to Kinshasa as it was a good chance to avoid him. My secretarial almost-friend told me, ‘No one gets around the class system unless they are very beautiful, very rich, or perhaps Scottish or Jewish when you don’t count in the same way.’

In England and in America class is essentially about money, keeping it safely tied up in certain groups. The Americans are just less hypocritical about it. ‘If we want to move to a more equitable society then we must contend with these ingrained psychological processes that drive our early impressions of others,’ opines pompous Dr Kraus from Yale, as a social scientist delighting in stating the obvious. ‘Despite what these hiring tendencies may suggest, talent is not found solely among those born to rich or well-educated families. Policies that actively recruit candidates from all levels of status in society are best positioned to match opportunities to the people best suited for them.’

We hear this cry for more inclusiveness all the time now, even from the Church of England. They are too late; instead of social mobility we’ve now got snobbery with violence or as it’s now known, identity politics; warring, grasping groups fighting each other for power. Some of these from marginalised groups claim now to hold the ‘cultural capital’ which once belonged only to upper-class white men; they demand more access to the great offices of state and academia. They are gaining what they want by a slide downwards in educational values. Anyone can get a PhD now, but there I am, being snobbish.

We are more furious with each other than my parents’ post-war generation could have imagined. This is partly due to Mrs Thatcher’s prosperous ‘Yuppies’, who decided to educate their children privately, allowing state education to go on languishing in Marxist mediocrity. The socialist plan is finally to wrest the ‘cultural capital’ from the upper classes by destroying the public schools, and lowering standards in state schools by replacing individual excellence with group work and community projects so that no one can easily be ‘elitist’ any more. This has been particularly detrimental to the white working class, now an almost extinct species in London. I didn’t know they still had any kind of political voice at all until they started saying those four little words about Brexit.

The snobbish middle classes are still there, still struggling against each other, but unlike Thackeray’s time we now have new classes which are generational, economic, cultural, and ethnic. Grinding along the bottom is the ‘precariat,’ once thought obliterated by the welfare state, characterised by poor literacy and welfare dependence. Then there are the imported service workers, those silent, invisible cleaners in offices and hotels, call centres and globalised companies, on short-term contracts with no economic security. It was simpler when it was all about who owned a carriage and who didn’t. ‘Never lose the chance for saying a kind word,’ Thackeray wrote in Vanity Fair, presiding over the savage turmoil of his greedy, callous characters. Hopefully he’d laugh rather than cry if he knew how little his message had been heeded.