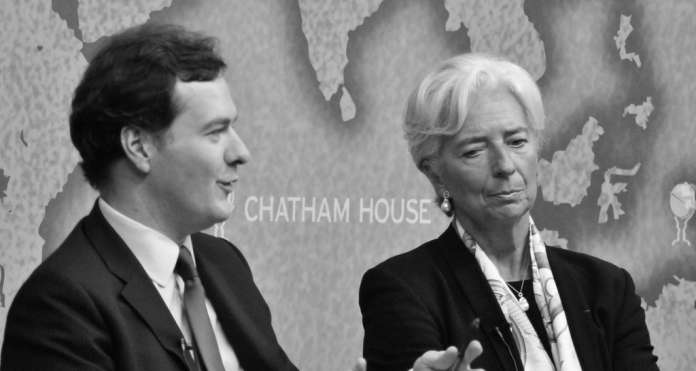 Few of us could have missed the news this week that the International Monetary Fund has come out in favour of Britain remaining in the European Union. Whilst the institution’s economists may not be out stuffing leaflets into letter boxes, they played their part for the Remain campaign by warning at a press conference on Tuesday that Brexit would cause “severe regional and global damage”, and downgraded Britain’s growth forecast for 2016.

Those who want to keep us in the EU intend for us to believe that this is pretty damning stuff. Yet, although the IMF is clearly a respected institution, its track record has been less then spectacular, and closer examination of the facts shows that its predictions of global doom following Brexit do not hold water.

The most headline-grabbing figure of Tuesday’s announcement was the IMF’s decision to downgrade the UK’s 2016 growth forecasts from 2.2 per cent to 1.9 per cent. This was billed as a real-world reflection of the uncertainty of the referendum, and a direct consequence of the Leave campaign’s robust showing in recent polls. However, the IMF has also downgraded its growth forecasts for other major economies including the US, Canada and, inside the Eurozone, France, Germany and Italy.

Now unless Eurosceptics across the Continent have suddenly seized power in a series of coups, this would strongly imply that the IMF’s decision to downgrade the UK’s growth forecasts has nothing to do with a potential Brexit, and is instead merely a reflection of continuing uncertainty in the global economy. It is telling that their 2017 growth predictions for the British economy remain unchanged, despite this potentially being the first year of our “extended period of heightened uncertainty” during Brexit negotiations. Illogical at best, naked propaganda at worst.

It almost goes without saying that the IMF’s growth forecasts, even in their revised state, predict that the UK will outperform every other economy in Europe this year, including the Eurozone’s life raft Germany.

The charge of ‘doing Britain down’ is one that is often carelessly thrown around, yet in jumping so readily on the IMF’s bandwagon, those in the Remain campaign are doing just that. The IMF certainly has form on this; who can forget 2014’s humiliating climb-down by the organisation’s head Christine Lagarde? She had warned against the Chancellor’s plans to revive the economy, and was proved resoundingly wrong, even asking if she had to “go on her knees” to apologise. Yet on Tuesday she was again issuing warnings about Britain’s future prosperity. Plus ca change as we say in Britain!

There was much comment in the press about how the announcement was a ‘major blow’ for Brexit, and that the robust reputation of the IMF would win over the ‘undecideds’ upon whom the outcome of the referendum will be predicated. Yet the momentum is on the side of the Leave campaign; five of the last nine polls have given us a lead over the Remainians. Two months ago, polling companies were confident of an eventual victory for Remain. Now they are refusing to call it either way.

The reason that Tuesday’s announcement was seized upon is that the Remain campaign is rattled. This week, the official designations were given and the starting gun fired on the ten-week campaign. By this point, many Europhiles were confident of being twenty points clear in the polls. Instead, they find themselves falling behind.

It is up to the various ‘Leave’ groups now to come together in a common cause of liberating our country. After all, every vote will look the same at the count and we need every one. Over the next ten weeks each one of us must press home the case for sovereignty, for self-determination and for the chance to shape our own destiny. Ignore the clamour of doom from vested interests and foreign economists; we can win.