Fox on Friday: Keep Corbyn’s man out of City Hall 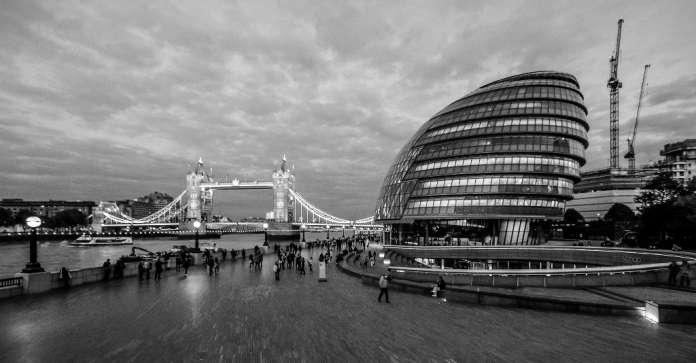 As I am sure none of us with the slightest interest in politics need reminding, the European Union referendum is just over seven weeks away. Usually, I would use this column to address some current aspect of the debate, yet as a Conservative I cannot ignore this week’s more immediate poll; the London mayoral election.

While the position of Mayor of London may not be one of the traditional ‘great offices of state’, the authority of the mayoralty is vast, and whoever is elected has an almost unique opportunity, as an individual, to enact real change and improve the lives of Londoners. Those who live in the capital know that their vote counts, and that they must choose a candidate with the conviction to wield this power and the vision to run the greatest city in the world.

In view of the clear political allegiance of The Conservative Woman, it goes almost without saying that the candidate with these qualities is Zac Goldsmith. Sadiq Khan offers nothing to Londoners, nothing except higher taxes and personal politics that alienate businesses and despise ambition and enterprise. London’s commerce is the lifeblood not only of the capital, but is key to the economy of the whole United Kingdom. Yet Khan is Corbyn’s man. In actually helping Jeremy Corbyn to take power in the Labour party, the mayoral candidate is openly endorsing policies such as a 60 per cent higher tax rate, and a financial transaction tax that would cripple the City.

The soundest judgement of Sadiq Khan comes from one of his former colleagues, Lord Sugar, who quit Labour in disgust over its increasingly anti-business stance. Citing Khan’s role in Ed Miliband’s leadership campaign, as well as his nomination of Jeremy Corbyn, Lord Sugar said that Khan “has single-handedly wrecked the Labour Party, and now he’s turning his finely honed judgment on the great city of London”.

A city choosing a mayor may seem provincial. Yet this election sends a signal to the rest of the world about how London sees itself and its ambitions for the future. Zac Goldsmith is a man of integrity and decency, who understands the challenges that the city faces and has the right plan to tackle the housing crisis, make the streets a safer place and improve the very air of the capital.

Yet Zac’s courage is most evident in his support of a vote to leave the European Union. London is a truly international city, and he can see the potential in a London freed from the small-minded insularity of the EU. Why turn inwards when London is leading the way in looking to the wider world? Why settle for ever more intrusive control when we can lead the way in restoring individual liberty? Zac has the principle to do what’s best for London and for Britain.

The choice that Londoners face on the 5th of May is between Zac’s vision, principle and action, and Sadiq’s divisive and immoderate politics. Between internationalism and insularism, and between vibrant and free enterprise and the heavy hand of the State. For a mayor who can work with the government to deliver on housing, transport and crime, back Zac.