NewsPaperthe art of publishing
HomeNewsFrance shrugs as its churches burn
0

France shrugs as its churches burn 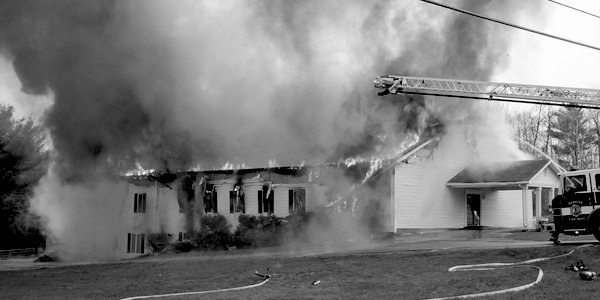 FRENCH cathedrals being destroyed by fire hit the headlines. It would be difficult to ignore the destruction of Notre-Dame in Paris or the cathedral of St Peter and St Paul in Nantes; the flames make good television if nothing else. However, the continual destruction and serious vandalism of churches throughout France on a daily basis goes unremarked.

Statistics suggest that there are nearly three attacks a day on French churches. As well as arson, statues are decapitated, crosses pulled down and sanctuaries used as public toilets. The French Interior Ministry recorded 996 anti-Christian acts in 2019, an average of 2.7 per day.

The true figure is probably higher, as it is thought that officials do not count the many fires of undetermined cause at churches across the country. Church buildings which have stood for centuries and survived revolutions and wars seem to be bursting into flames for no discernible reason in the early 21st century.

Just a smattering of recent church attacks in France include:

·         The arson attack at Saint-Pierre du Matroi in Orléans, with ‘Allahu akbar’ scrawled on its surviving walls in July 2018;

·         The vandalism of the holy font and placing of the Koran beside the chopped-off arm of a broken statue by a Syrian woman with an axe at Sainte-Marie-Madeleine, Vézelay, in April 2017.

According to the Observatory on Intolerance and Discrimination Against Christians in Europe (OIDACE) in Vienna, while the number of officially recorded anti-Christian incidents has remained steady over the past two years (1,063 in 2018 and 1,052 in 2019), it rose by 285 per cent between 2008 and 2019. https://www.intoleranceagainstchristians.eu/

Ellen Fantini, the director of OIDACE, says the rising trend of attacks is not confined to France. OIDACE records attacks on Europe’s churches on its website, but official tallies are hard to come by. Most European countries do not provide statistics regarding anti-Christian incidents; many don’t even record them as such. This is exacerbated by many church officials failing to report incidents; they accept it as part of Europe’s new normal and get on with it: clean up the mess and move on.

Among those countries that do report, the numbers are rising. According to the data provided to the Organisation for Security and Co-operation in Europe by the UK, anti-Christian crimes doubled from 2017 to 2018. Anti-Christian crimes are also rising in Spain, Germany, and Sweden.

There is no single motivating impulse behind the attacks on churches across Europe. Sometimes the motives of the vandals are clear, but not always. As radicalised movements increase in both numbers and in openly displayed intensity, the number of attacks on churches rises. Churches have become ‘lightning rods’ for activists of all kinds and each group have their own reasons for choosing to attack a church.

In the eyes of the progressive mob, churches represent forces they wish to overthrow: ‘the patriarchy’, ‘authority’, ‘tradition’, ‘homophobia’, ‘the Christian West’ etc. Whether militant feminists, LGBTQ activists, Islamists or anarchists, these groups are becoming more and more active throughout Europe and churches, which are largely undefended, make a soft target.

The church itself must also bear responsibility for allowing itself to become vulnerable to assault. When a Christian community loses its vitality and settles for managing inevitable decline, it declares its weakness and opens the way for contemptuous attack. France, with the largest Muslim population in Europe and a constitutional policy of laïcité, or secularism, is the forerunner for what will happen in the rest of Europe if we fail to recover the traditional teaching of the church and realise our responsibility to take the transformative gospel into society.

Dalil Boubakeur, rector of the Grand Mosque in Paris and the president of the French Council of Muslim Faith, has asked France to turn the country’s empty Catholic churches into mosques. This reflects a realistic understanding of the status of French Christianity. The Basilica of Saint-Denis, burial place of French kings, is a Christian museum in an Islamised suburb of Paris, and the Cathedral of Notre-Dame, before the fire, had become a museum for tourists.

‘Abandoned, desecrated, transformed, churches are turned into performance halls, discos, restaurants, wine cellars . . . Everything to escape demolition’, noted the journalist Marie de Greef-Madelin in the magazine Valeurs Actuelles. These transformations are sometimes called the ‘second life of France’s churches’. At the current rate, France will lose 10 per cent of its ecclesiastical buildings by 2030, predicts Édouard de Lamaze, president of the Observatory of Religious Heritage. ‘Either because they will be sold or because they will be destroyed.’

Michel Houellebecq’s controversial bestseller Soumission (Submission) published in 2015 pictures France as an Islamicised country where universities are compelled to teach the Koran, women are made to wear the veil and polygamy is lawful.

Europe is not a mere abstract concept. Europe’s identity is formed from many sources, its Christian identity and heritage being the most important. If France keeps failing to protect it, France as we know it will cease to exist: it will be entirely transformed.

French author Alain Finkielkraut argues, ‘The aim is no longer to rebuild the world, but, as Camus put it in his Nobel Prize speech of 1957, “to prevent it from disintegrating”.’