France strikes a blow against the masked dictators 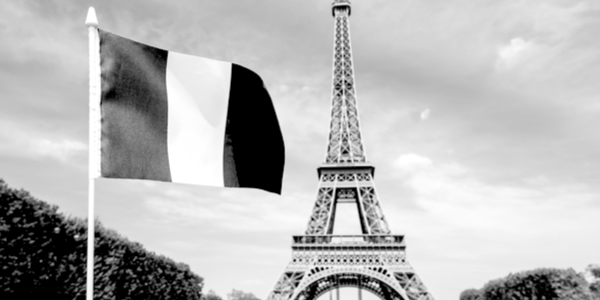 IN THE early hours of Wednesday, French Twitter burst into life as Macronite MP Pierre Cazeneuve posted a video showing parliamentarians at the literal extreme ends of the hemispherical French National Assembly on their feet. They were applauding the passing of an amendment which nobbled a proposed law to ‘manage’ the Covid situation once emergency legislation lapses on July 31.

The left-wing NUPES group and the right-wing National Rally party (led by Marine Le Pen) had succeeded in preventing the government from forcing children to carry vaccine passports, and for French citizens in overseas French departments such as Corsica and the French Antilles ever having to prove their health status to travel to mainland France.

The French government, and some sympathetic commentators, presented this as a ‘populist revolt’, with the two disruptive ends of the French parliament appearing to join forces to defeat President Emmanuel Macron; there’s something in that, but it’s not the whole story. Independently, and for different reasons, the (let’s call them) populist factions on the left and right submitted numerous similar amendments to the Health Bill, including one proposing the immediate reinstatement of about 15,000 health workers who have been suspended without pay for nearly a year. Two amendments made it through, and their separate but equal proposals were amalgamated by parliamentary procedure, which both sides then voted for; hence the show of ‘unity’ is a touch misleading. The left and right have not met at the extremes, despite the Macron government’s efforts to portray them as having done so.

Nevertheless, this unplanned surgical strike from both sides of the parliament has rocked the government, and is very promising for those of us fighting the authoritarian Covid state. The rudderless Macron regime is desperate to keep its ‘we’re here to protect you’ narrative going to legitimise its rule. As ‘cases’ rise, and the media drag idling ‘medical experts’ back on to TV and radio shows to stoke fear, Government officials are currently playing pandemic theatre as if their political lives depended on it, sitting ostentatiously on the front benches, all under orders to wear their 57 varieties of face nappy. They are beginning to look like the slightly embarrassed guests at a ball who haven’t been told that it’s no longer fancy dress.

Meanwhile, in an attempt to soften the government’s authoritarian image, the new health minister Francois Braun hosted a parliamentary commission where he sought to reassure everyone that he would not be trying to mandate masks ‘for the moment’, but appealed to everyone’s personal responsibility to wear one, including at parliamentary commission meetings, to set a good example, like he was. Cue bemused faces from those sitting maskless and looking like sane human beings around him.

That the government are talking about ‘personal responsibility’ is not a reflection of a change of heart but of the change in the balance of power in parliament. The government has had its first proper taste of defeat in more than five years, and, even better, over its flagship control mechanism, public health. During the parliamentary session that saw its wings clipped, brilliant news stories started to emerge of a government on the run, desperately trying to make up the numbers by hauling in MPs stuck in meetings elsewhere in the parliament building. The two amendments that made it through were largely the result of their unsuccessful struggle to pack the chamber with their sympathisers.

In a TCW article just after the divided parliament was elected in June, and in the face of a majority of the public refusing to vote for anyone, I suggested that the result would be further popular alienation from the political process as the stalemate would lead people to see the squabbling as further proof of politicians being useless. I still think that’s true in the long term, but in the shorter term there is the heart-warming potential of something positive too: opposition to Macron’s attempts to maintain or restore the mechanisms of his public health tyranny. The fight goes on in France, and, like their MPs, we should stand and cheer heartily when they manage to win back some territory.