NewsPaperthe art of publishing
HomeNewsFrance, where the voters are both the problem and the solution
283

France, where the voters are both the problem and the solution 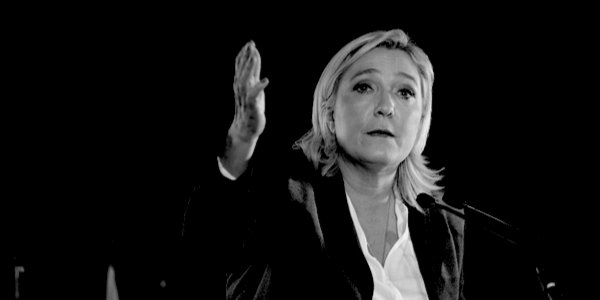 ‘WHEN the people vote, the people win!’ Marine Le Pen’s French presidential election message may lack the punch of ‘Take Back Control’ but it certainly trumps it for clarity of intention. Whereas one can argue about who has really ‘taken back control’ since Brexit after two years of lockdown, the National Rally’s leader has, over the last week, firmly placed the question of who should be in charge at the heart of the presidential campaign.

Le Pen is hoping to win votes in next Sunday’s election on the strength of two initiatives she hopes will bring ‘political peace’. The first is to have a referendum (the exact terms are yet to be defined) on ‘national priority’, in other words a form of positive discrimination in favour of those who have French nationality, particularly in the area of access to non-contributory state benefits. The second, to all appearances more far-reaching and radical, is to institute a ‘People’s Choice Referendum’, allowing a minimum of 500,000 voters to trigger a plebiscite on any issue that does not constitute a ‘threat to national security’.

‘What a breath of democratic fresh air!’ she exclaimed at her rally in the southern city of Avignon on Thursday evening, excited about launching a ‘wide debate, one that has never been had’ on the topic of immigration. A potential debate that has already had jurists running to their books of constitutional law before publishing attacks on it in the French daily newspaper Le Monde. ‘Like all authoritarian leaders, Marine Le Pen wants to blow up liberal democracy by appealing to the people,’ they howled. For the experts in matters juridical, their claim is that she wants to use referenda to ‘have the electorate sanction the abandoning of legal protections’, and thus destroy the rule of law.

What a peculiar situation France is in when the electorate is considered, often by the same people, to be both the potential solution to and the cause of all their problems. For the technocrats who counterpose The Constitution to the Will of the People, their fear is that ‘constant referenda’ will sneak all manner of illiberalism in by the back door. ‘What if they voted for France to become a dictatorship?’ asked one shrill commentator. ‘What if there was a referendum on bringing back the death penalty?’ one, more level-headed, objector asked (Le Pen has already explicitly ruled out this as being a legitimate topic for a plebiscite).

The issue of the referendum is one that has been front and centre of politics in France for the best part of twenty years, ever since the 2005 vote on the new European treaty was rejected by 55 per cent of voters. President Nicolas Sarkozy, once in power in 2007, worked his underhand magic to get the treaty tweaked and signed without going back to the unruly mob for their approbation. Not surprisingly, this blatant chicanery has played a huge part in people’s cynicism about those in power, and for many was the final nail in the coffin of electoral politics itself.

Although not for all. The referendum idea was given fresh impetus when the Yellow Vest movement, which kicked off as a simple rebellion against fuel tax, spontaneously seized on the mechanism to champion a Référendum d’Initiative Citoyenne, the ‘Citizen’s Choice Referendum’, with a broad resemblance to Le Pen’s current proposition. They realised that their problem was not so much the decisions being made, bad as they were, but the fact that they had little legal power to push back. The ‘RIC’ has become the key pillar of what is left of the Yellow Vest protests, which still enjoy a well of sympathy and support outside the bien pensant cities.

Le Pen’s choosing to prioritise this proposal in her programme has left Macron on the back foot. He has yet to try to counter the idea frontally, allowing the cream of the technocratic intellectual caste to respond in the media about its unconstitutionality. The elephant in the room, however, is his record in power. Having failed to make good on a promise to introduce proportional representation (another plank of Le Pen’s programme), while responding to the Yellow Vest demand for more democratic participation with his ‘Great Debate’ (essentially a national lecture tour, with interminable Q&A) it is fair say he has been a tad disappointing on the topic of extending democracy.

Indeed, the last five years have seen Macron strengthen and expand the security state, try more than once to introduce legislation to restrict free speech online, and, lest we forget, rule virtually by decree, issuing diktats from his ‘security council’ meetings for the last two years, in a form of permanent state of emergency rule. He presided over the relegation of France to the status of a ‘flawed democracy’ in 2021. With such a poor record, it’s hard to object that you really value open debate, or popular involvement in decision making.

So could this be a game-changer for Le Pen? It’s possible. However, a popular perception in France (not entirely misplaced) is that the referendum process itself is flawed, and that people do not answer the question asked, instead using it to sanction the government in power. This was how the vote against the EU treaty in 2005 was rubbished by those angry about the ‘No’ vote. But whatever the truth of this, there is a warning here. If you give the people the tools to make it hard for you to govern, don’t be surprised if they use them to block what you’re trying to do. Rather than pacify politics, it could paralyse it, Trump-style, for the next five years.

In the end, though, who could seriously object to a plan to extend popular involvement in the decision-making process? Only those ‘radicals’ who, behind the cover of ‘fighting fascism’, fear the people. Le Pen’s proposal may, in the end, be fatally flawed; but that doesn’t mean we shouldn’t hope for its success.