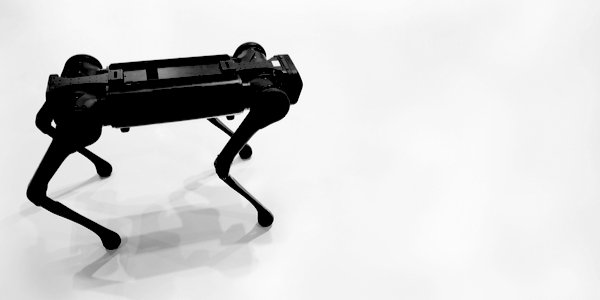 THE other day I saw a fox prancing around Westminster with a mischievous grin. As it approached me on the pavement, as brazen as the most pampered pet, I thought I’d encountered a dog off the leash.

After a fruitless chase I had to resign myself to disappointment that I would not be able to catch the thing (from weaving around the lorries and parked cars) but resolved to carry snacks for the next time I’d see it in an attempt to woo the creature into my affections. It looked well fed enough to have secured a few patrons, or perhaps the neighbourhood restaurants had left their bins open to be scavenged.

Foxes are notoriously difficult to keep as pets owing to their inability to control their bladders. My and other humans’ desire to nurture animals as companions doubtless stems from the challenge of taming them. Perhaps our ancestors did just that – today’s house cats and dogs being the possible descendants of wolves, foxes, coyotes and even wild cats from the jungle. The huge popularity of the Netflix series Tiger King at the beginning of lockdown reflected our fascination with those of fearless skill in taming fierce and dangerous beasts.

Contrast this sense of man, nature and survival with the recent trend of deploying robot dogs, not just to help the US National Grid but to oppress populations under enforced lockdown mandates in pursuit of nutty ‘zero Covid’ policies. Yes, this is what today’s ‘reset’ tyrannical regimes have dreamt up. Instead of a bark, these vile Frankendogs carry megaphones; lacking teeth, tongues or claws these four-legged abominations cannot do the things real dogs are meant for and serve only to make life more miserable for everyone. As such, they pose an existential threat to humanity and represent much of what is wrong in the world. Certainly whatever sicko invented them needs urgent professional help (or better yet a full-frontal lobotomy).

Apparently mechanical dogs now roam the streets of such wastelands as Shanghai and Singapore barking health orders to terrified residents. Just as Victor Frankenstein in Mary Shelley’s story regrets the assembly of a creature he later realises to be evil, these monsters are bound to cause destruction, chaos and suffering wherever their repulsive feet may tread (I dare not call them paws as such would be an insult to the animal kingdom). The one pictured at this link is particularly gruesome as it shouts at people to stay in their homes in China.  It has no eyes, ears or nose but only connection points to process its surroundings (reporting data back to the regime) and as the accompanying article from a Chinese news source notes: ‘Very strict new directives have thus took [sic] place “for as long as it takes to control the epidemic”. According to Reuters, residents were ordered not to leave their homes, even banning taking out the trash or [ironically I might add] walking the dog.’

From China to the United States of America, Frankenwolf’s latest incarnation appears as a ‘Quad-legged Unmanned Ground Vehicle’ in the Portland Air National Guard Unit. If that eyesore of the US military’s 142nd Fighter Wing doesn’t make the hairs on the back of your neck stand up, nothing will.

I wonder whether a pack of robot dogs would have been able to stop the takeover of Seattle city centre in 2020 by Antifa, BLM thugs and drug-addled homeless ‘activists’ who turned it into a no-go area for police, otherwise dubbed CHAZ – the ‘Capitol Hill Autonomous Zone’ where residents were regularly assaulted and local businesses terrorised into shutting down. It’s no wonder almost everyone filmed in the on-site video footage wore masks to hide their haunted expressions.

I would like to see those lockdown robot dogs set upon by a gang of ravenous wolves or feral hyenas in protective suits sporting metal teeth and spraying from cans of corrosive battery acid under a heavy rainstorm (or just be struck by lightning to short-circuit their motherboards for ever). And, one has to ask, what’s next for the despots – will they release flying monsters with syringes to inject people with a Covid vaccine against their wishes?

Despite such macabre predictions, one must entertain the possibility that Frankenwolf could be the answer to maintaining law and order in such areas as Seattle which have been previously abandoned by police and that perhaps society is left with no choice but to embrace these new technologies.

Incidentally you can buy a miniature mechanical dog for a few hundred quid that is small enough to fit into your palm.

At the very least, unlike the pampered fox in my neighbourhood, that toy robo-dog will fare better in the forthcoming food shortages.