NewsPaperthe art of publishing
HomeNewsFrederick Forsyth, why have you let us down?
266

Frederick Forsyth, why have you let us down? 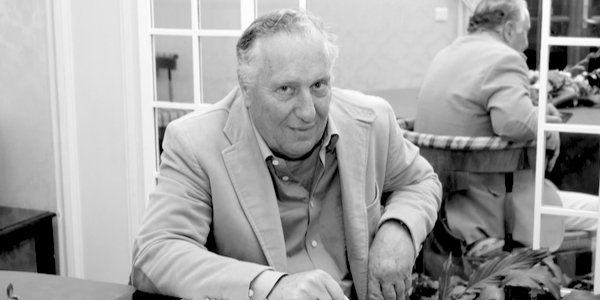 THE novelist and journalist Frederick Forsyth can normally be relied upon to espouse unfashionably robust conservatism, and for a year he was characteristically sound on all matters Covid. For example, in one of his frequent fulminations to the letters section of the Telegraph, last July Forsyth lauded Lord Sumption for his ‘rigorous realism about this whole miserable fiasco’, adding his own anti-lockdown lament: ‘Never in a long life have I seen a nation known for its level-headedness being ducted by an elected government into such headless-chicken panic.’

In a more recent missive, in last Tuesday’s Telegraph Freddie further lacerated our leaders for their ‘campaign of mass fear . . . deliberately organised to secure obedience to the policy of lockdown’ – a level of indoctrination he claims to have previously experienced only when in East Germany 60 years ago. Anyone not duped by the ‘brainwashing tactic’ is likely to concur that ‘those responsible should be identified without delay and ousted from all office over us’.

So say all of us who, for the past year, have on principle opposed the Government’s cataclysmic constraining of liberty. As a weekly columnist in the Express, Forsyth had in fact already vilified our pliable premier for his Stasi-esque suppressions, last October writing: ‘He has created the untrained army of Covid marshals and threatened that he will use the police and the Army, created and sworn to protect us, to persecute us. That is why I can now no longer, ever again, under any circumstances, vote for him.’

Again, that is a sentiment shared by many crestfallen conservatives whose disaffection has led to them taking the same vow. In light of these and other admirable public pronouncements by Frederick Forsyth, one might have assumed that there would be no more implacable opponent of a ‘papers, please’ imposition on freedom.

Yet in his most recent Express column last Friday, Freddie cravenly consented to domestic vaccine passports, his rationale being: ‘With a vax card you can rejoin the human race at last. What’s not to like?’

It is astounding that Forsyth, who for the past year has rightly railed against the imperiously imposed infringements upon freedom, should now ask: ‘Why the near-hysterical fuss over Covid passports?’

Writing in the Times last weekend, Janice Turner correctly identified some of the ways in which these pernicious permits would fundamentally ‘change our relationship with the state’. Acquiescing to this abomination would mean ‘accepting that our freedom, our access to the public domain, is predicated upon some form of document, which a less benign government could take away’.

Agreed, although one wonders if any future government could be ‘less benign’ than Johnson’s junta has been over the past year; twelve miserable months during which it has inculcated what Turner calls ‘state-sponsored hypochondria’.

Yet even Turner, an opponent of vaccine passports, ridiculously regards the depressing fact that ‘we’ve worn masks largely without fuss’ as an ‘upside’. Also, she casually accepts that it ‘makes sense that vaccine status or testing is required for entry to events like the FA Cup final and others to which crowds are being cautiously readmitted’.

Similarly, in her Telegraph column last week, Allison Pearson amusingly advised Michael Gove to ‘shove his Covid certificates up his precautionary principle’. Yet simultaneously, she too ‘can even see a role for quick tests for mass gatherings like festivals and theatre to offer reassurance to nervous people’.

Pearson does add the caveat ‘only in the very short-term with a strict time limit’. But if Trustful Turner and Pollyanna Pearson believe such measures will be ephemeral, they are seriously mistaken: once government has imposed health checks for public gatherings and hailed the conditions of entry to be a success, the egregious encumbrance will be with us for the foreseeable future.

Which is why it was so surprising and disappointing to read Frederick Forsyth, hitherto a reliable and resolute resister of state supervision, disdainfully dismiss opposition to Covid passports as a ‘near-hysterical fuss’.

It’s not right what you said, Fred.