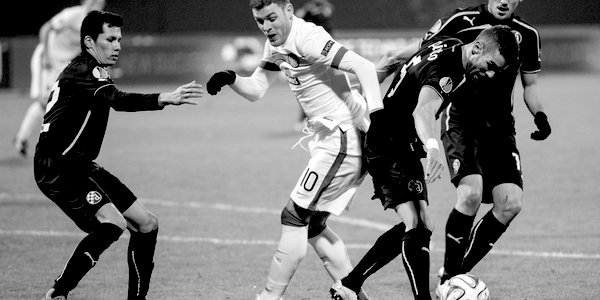 It’s not often we have good political news on the free speech front in this country, but last week we did. It came, for once, from Scotland.

The background was football. In 2011, there was a series of Celtic-Rangers clashes which turned out to be unusually bad-tempered even for the Old Firm. The SNP put it about – with its usual arrogant assumption that having humiliated the Sassenachs it could make Scotland into heaven on earth by mere fiat, and more prosaically with one eye on the victim-centred Catholic vote that had previously gone largely to Labour – that it would take immediate steps to suppress sectarianism. It called a ‘sectarianism summit’ to deal with the matter. The outcome was knee-jerk legislation steam-rollered through Holyrood despite its being opposed by every other party, including (to its credit) Scottish Labour, and indeed the Leftish academic establishment.

This legislation, passed in 2012, made the Dangerous Dogs Act seem a masterpiece of limpid drafting, balanced thought and considered reaction. The Offensive Behaviour at Football and Threatening Communications (Scotland) Act, passed in 2012, covers all persons at, outside, on their way to or from, or within sight of a public television screen showing, any football match in Scotland or where a Scottish team is playing. It threatens up to five years inside for anyone saying anything regarded as offensive, threatening or hostile to any group distinguished not only by race, but also by gender identity, disability, religion or religious affiliation. Theoretically pronouncements have to be likely to create public disorder to be criminal, but the law then rather engagingly requires the court, in deciding on such likelihood, to disregard the fact that no one is actually there who might engage in such disorder. Under this rather Kafkaesque provision, anyone being rude about, say, Protestants or transgender persons in any bar anywhere is liable to be hauled off to the nick if a Scottish league match happens to be on the overhead screen at the time; all that has to be shown is that there might have been someone present who might have taken offence and cut up rough, even if in fact there was no one there except the barman.

This absurd legislation was aimed – of course not in so many words – at allowing the police to take out anyone showing the kind of spontaneity or vulgar exuberance which had become traditional at a Celtic-Rangers fixture and thus placate the SNP’s oh-so-PC bourgeois supporters in Kelvinside or Pollokshields. It was nevertheless clearly apt to put a damper on any kind of forthright speech, and was on occasion used to do so: a point frequently made (for example and here), though it fell on deaf SNP ears. But as soon as the SNP lost its absolute Holyrood majority in 2016 the Act, not surprisingly, became vulnerable. Last Wednesday it met its fate. Labour and the Tories united with the Greens and (believe it or not) the Lib Dems, and the Scottish Parliament voted 65-61 to repeal it.

That a government which normally loses no chance to clamp down as soon as someone murmurs the magic words ‘hate speech’ or anything like it should actually vote to extend free speech is impressive enough, and is a hopeful sign of animation in Scottish public life (where it is worth noting that working-class opposition to the Act has been vociferous and has worried politicians). Even better news is that this essentially conservative development came as a result of the ordinary rough-and-tumble of democratic politics, and not through the manipulation of rarefied, but ultimately corrosive and anti-democratic, processes of human rights law.

Of course the news is not all good. This vote at Holyrood went entirely on party lines; repeal was fought tooth and nail by the political party that still regards Scotland as its private fief, and the result was in part due as much to dislike of the SNP as to anything else. And the use of the idea of ‘hate speech’ to suppress ever-widening forms of speech in the rest of Britain is unfortunately in fine fettle, most recently in Belfast over incautious remarks about Islam or forthright language in council chambers. But it’s worth being thankful for small mercies.