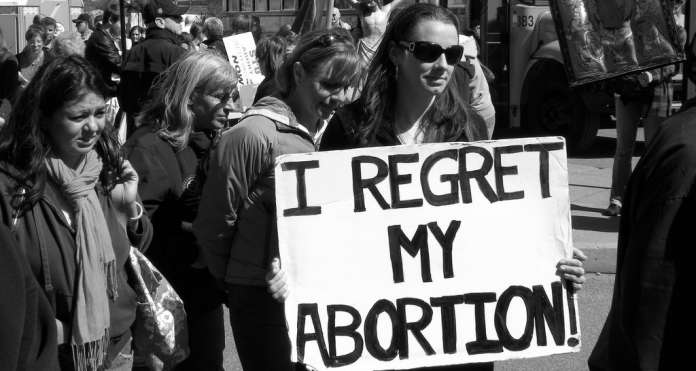 As Ealing Council in West London voted unanimously to impose a Public Spaces Protection Order outside the Marie Stopes clinic, yesterday’s Telegraph reported that ‘anti-abortion protesters were last night banned from demonstrating outside a clinic which provides terminations to pregnant women’.

This is despite the complete lack of evidence of harassment. Apart from some anonymous comments in the clinic’s visitors’ book, the campaign was mainly driven by pressure from the abortion lobby and prominent public figures whose unsupported claims have been reported uncritically in the media.

The managing director of Marie Stopes UK, Richard Bentley, said the ban was a ‘landmark decision’ and that ‘women had a right to access services without facing harassment’. They do indeed – but we don’t call it harassment when sick people facing operations are informed of alternative treatments and, if vulnerable, are offered material help coping. In the case of abortion, the ‘patient’ is perfectly well, but experiencing material difficulties and/or lack of emotional support to have a child – an entirely natural experience – and the only ‘treatment’ the clinics provide is killing. Women who believe they will receive proper counselling and help instead find themselves on the abortion conveyor belt, too traumatised by the whole experience to get off.

Naturally Mr Bentley is happy with the outcome – who would not be pleased to hear that their vested interest in a business was going to be shielded from any hint that the ‘service’ they are ‘providing’ might not be a good thing? Cancelled appointments mean loss of profit, even although such clinics receive huge public subsidies as successive governments have been persuaded that abortion represents a ‘saving’ of public money because there will be fewer social problems for the State to address in the long term.

Campaigners for these bans emphasise that the very presence of pro-life vigils distresses women, but care nothing for the distress of women who will as a consequence of their campaign receive no help; they have ignored the testimony of those aided by the vigils, suggesting that it is not women who are their priority but the ‘right to choose’ – even as they eliminate choice.

Mr Bentley and his colleagues have a vested interest in promoting abortion, but the pro-life vigils are only trying to defend the lives of the most vulnerable in our society, for which they receive abuse, slander – and, yes, harassment. As we debate the practicalities of intervening in Syria in response to the chemical weapons attacks in which children have died in the most horrible ways, history may well record the irony of defending children on one hand, while on the other defending their attackers.

Moreover, campaigners are now saying that this ban is just the beginning. They wish to extend it to every abortion facility in the land and, since no evidence of harassment is required to do so, they may well succeed, assisted by biased reporting that would have the public believe that violent protesters have been prevented from harassing vulnerable women. In fact a group of concerned citizens has been banned from offering help and hope to vulnerable women outside a facility that offers only death and despair.