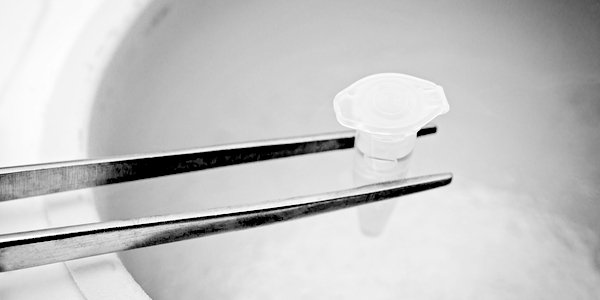 ACCORDING to the Times, women are rushing to freeze their eggs because lockdown has reduced the chances of meeting a partner.

However, what the article failed to make clear is that this is a highly unreliable ‘insurance’ policy for women. It is more like a gamble.

Not once did the article state that the chance of a live birth from frozen eggs is not much more than 1 per cent.  The problem is not just in the ability to thaw eggs successfully but also that not every egg makes an embryo, not every embryo makes a pregnancy and not every pregnancy makes a baby.

I have blogged on these so-called success rates previously (see here for example) in an attempt to expose the sad reality that freezing eggs rarely leads to a live birth, particularly for older women, the age group most likely to pursue this.

At least the Times article did cite some of the financial costs involved. Do not expect to spend less than £4,000-£5,000 for extracting and freezing eggs, and be prepared to spend up to £8,000, then add a further £125-£350 per year for storing them in a fertility clinic freezer for up to ten years.

Which brings me to a new campaign. The reason the issue of freezing eggs for social reasons (as opposed to medical reasons) is in the news once again is not solely because of the lockdown. It is because poor success rates, increasing demand fostered by fertility clinics and the media, and the expectation that having a baby is a right (at any age, for any person) have all contributed to a demand for a change in the rules for freezing eggs.

Legislation permits women to store eggs for ten years, after which they must be used or destroyed. The Government is currently deciding whether to change the law and extend storage limits.

Fertility clinicians have been pushing for this for some time; however a recent entrant to this debate is the Nuffield Council on Bioethics, which says that there is no reason not to extend the storage limits. It is likely that the Government will agree. Whether this will mean indefinite storage, or imposing another limit, is not clear at this stage.

As well as the significant financial burden for what is essentially little more than a gamble, what other reasons are there for any concern with such a change? Surely it is simply an extension of choice for women and preferable to destroying their only hope of a baby? The latter concern is certainly true but let’s take a step back to answer these.

We could start with safety concerns over extracting eggs in the first place. To generate sufficient eggs, more than the normal amount, women need daily high doses of powerful hormones, which is not only highly unpleasant but carries a real risk of causing ovarian hyperstimulation syndrome. Then there are complications from egg retrieval. Extracting eggs from women is a painful, invasive and risky procedure. But even more concerning, short-term and long-term safety data is lacking. The Human Fertilisation and Embryology Authority (HFEA), Government and regulatory bodies all fail to follow up women who have donated eggs and egg donors are not tracked over their lifetimes, so we have no idea of the long-term effects on young women’s health. Very few major peer-reviewed studies have been carried out on the long-term effects of super-ovulation on this donor population. There are however peer-reviewed studies on the possible link between fertility drugs and uterine cancer, to name but one long-term risk.

These are high risks for a healthy woman to take.

Then, to get around the financial costs, we have the encouragement by fertility clinics for vulnerable and usually desperate women to share their eggs with another patient in exchange for a reduced price for the extraction and freezing.

This ‘freeze and share’ offer can result in another woman having her donor’s child, while the donor remains without a baby – until the child reaches 18 when they can contact the donor.

This may seem unlikely, but it isn’t. I know a woman who was persuaded a few years ago to share half of her eggs for someone else’s fertility treatment to have reduced cost treatment for herself and partner.

Years later, she is still highly traumatised having been unsuccessful in her own treatment while knowing that her eggs resulted in a successful birth for another woman. Somewhere, she has a biological daughter whom she will never know, unless contacted by the girl after she turns 18.

Moreover this woman has never had any practical or emotional help or support from the fertility clinic.

The (in)fertility industry is not an altruistic charity. At root, it is pretty well left to its own devices, trading on the hopes and fears of childless and vulnerable women. So clinics are being allowed to raise false hopes, using a complicit media, and put women’s health and even lives at risk, all the while charging the earth for it.